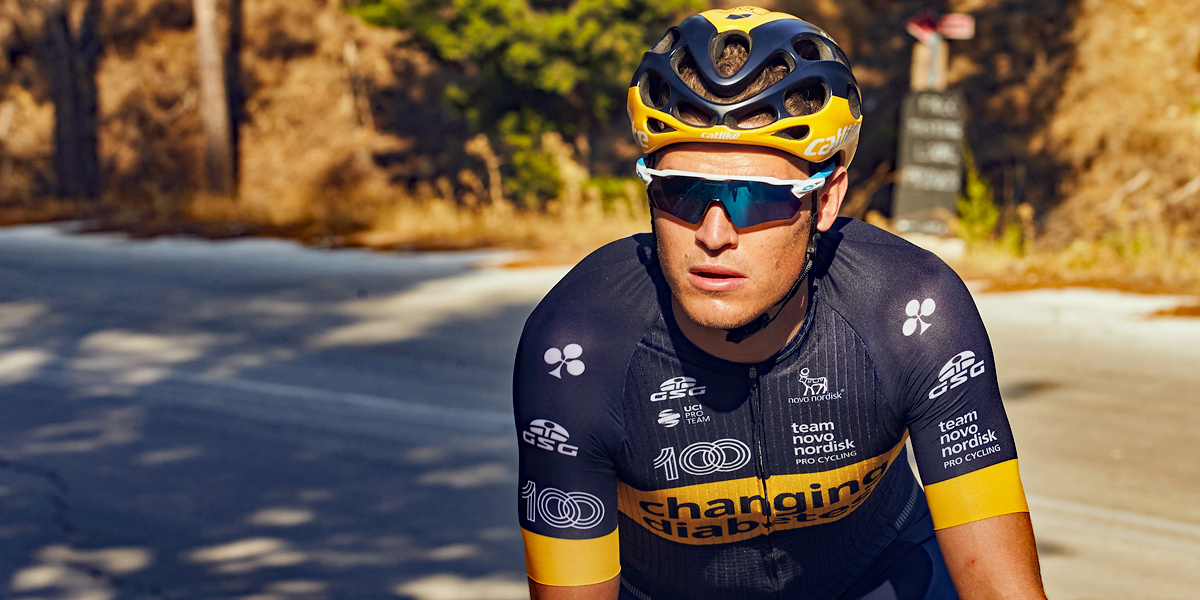 Rider interview: As all the teams get ready for 2021, Team Novo Nordisk is no different from the others. Isle of Man resident, Sam Brand, is looking forward to racing again, although now has the added problem of Brexit to add to the covid pandemic. Ed Hood found out all about it. 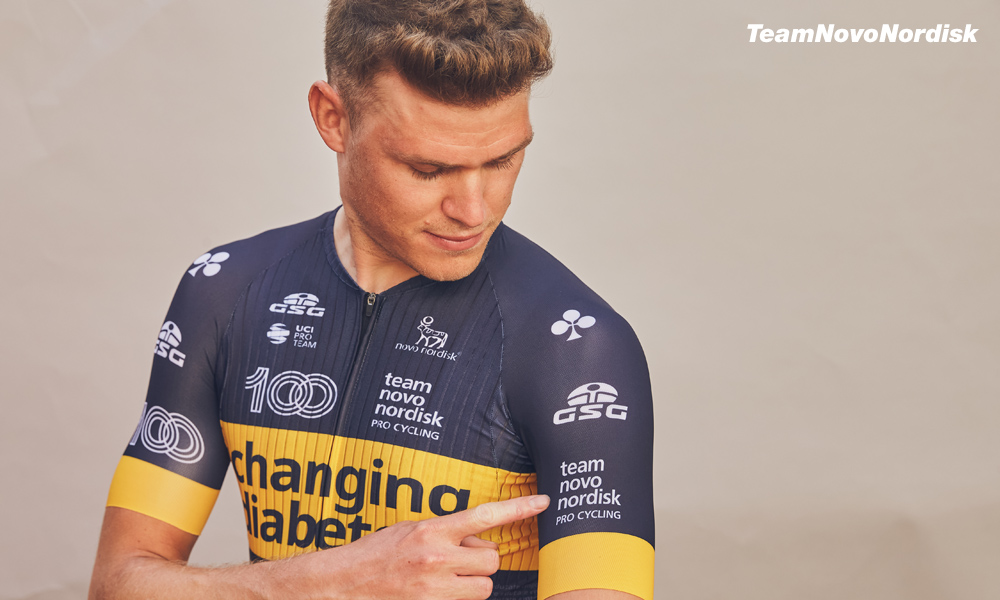 It’s a wee while since we last spoke to Team Novo Nordisk’s Isle of Man professional, Sam Brand, almost two years – it’s times we put that right. Sam’s team is about more than just winning bike races, it’s about providing interest and inspiration for those unfortunate enough to have diabetes. We caught up with the 29 year-old former triathlete at his Isle of Man home as the 2021 season approaches. . .

PEZ: You’re at home on the Island, Sam – what’s the Covid situation like there?
Sam Brand: Yeah, it’s nice to be home and up until a week ago there were no restrictions, life was going on as normal; they eliminated Covid here due to very strict conditions about entering and leaving the island. But that new variant of the virus has sneaked in, the quarantine period here was two weeks but they think that the new variant takes three weeks to incubate, so we’re locked down for three weeks. Our training camp is in two weeks so that’s not helpful – and with Brexit, as a British citizen I’m only allowed limited days in Europe in a six month period. 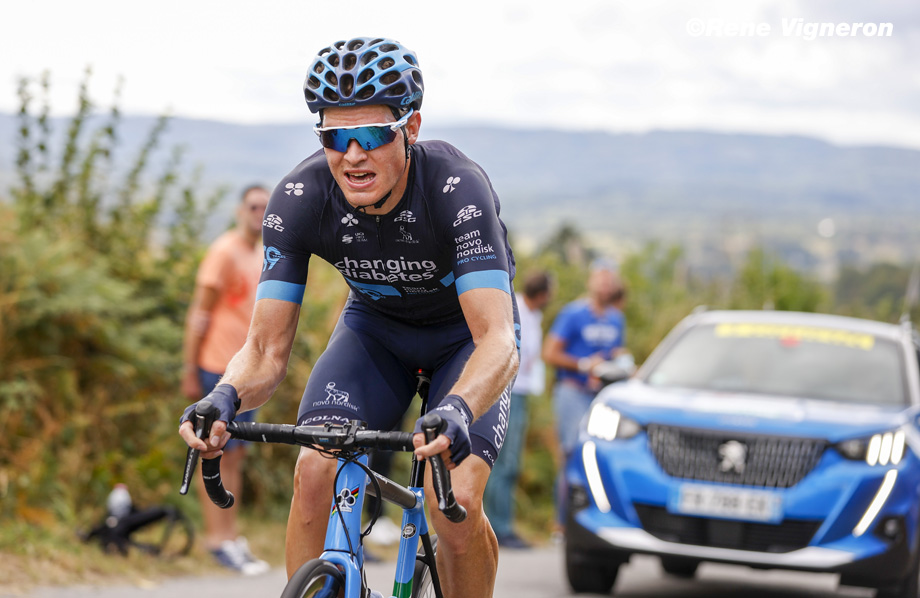 PEZ: Last time we chatted you were going to be riding the Primavera, how did that go?
That was my second ride in it, I rode in 2018 too; we had guys in the break so my job was to look after our team leaders. It’s a special race, building to a huge crescendo; you’ve done a normal classic distance of 260K and you still have 40K to race! It was special to participate in that race, especially when my folks were at the finish. 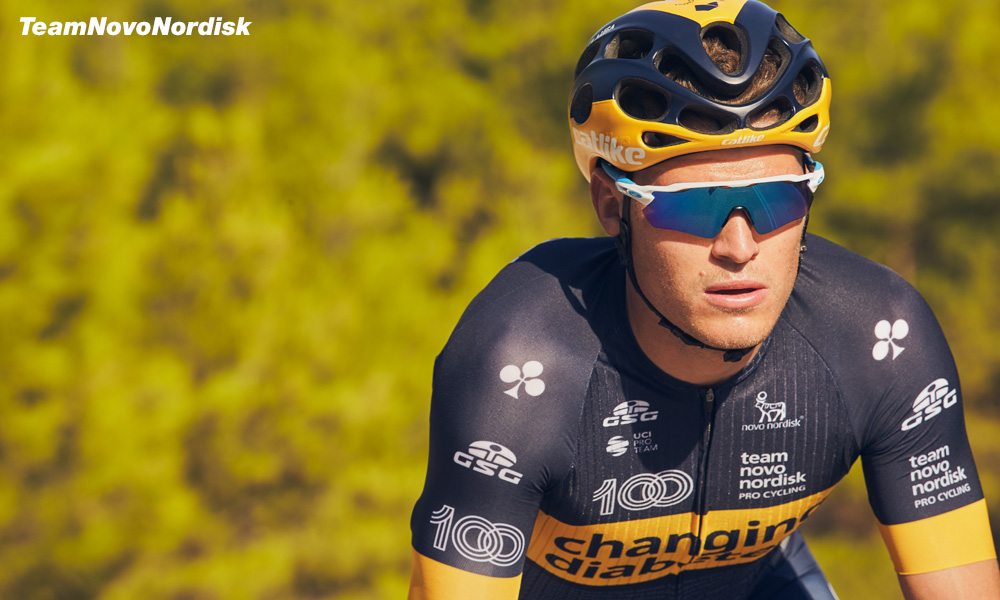 PEZ: In May of 2019 you just missed winning the mountains classification in the Tour of Estonia.
Yeah, we’d just come off the Tour of California; I got in the break on the first road stage, another guy took the first points but I jumped away from the break just before we were caught to take the next KoM and get the jersey. It was nice to be on the podium and wear the jersey – I only lost it in the end because the other guy was higher on GC. I see that one as unfinished business and want to get back to that race.

PEZ: Top 20 in Taihu Lake to close that season then Colombia to start season 2020.
Yes, Taihu’s a big race on the Asian Tour and Colombia was something else. All the top Colombian guys, including Bernal, were riding, the field was 70% South American guys and the crowds were incredible. There was one climb of about 10 K and it was lined 10 deep from top to bottom, I’ve never seen crowds like that. 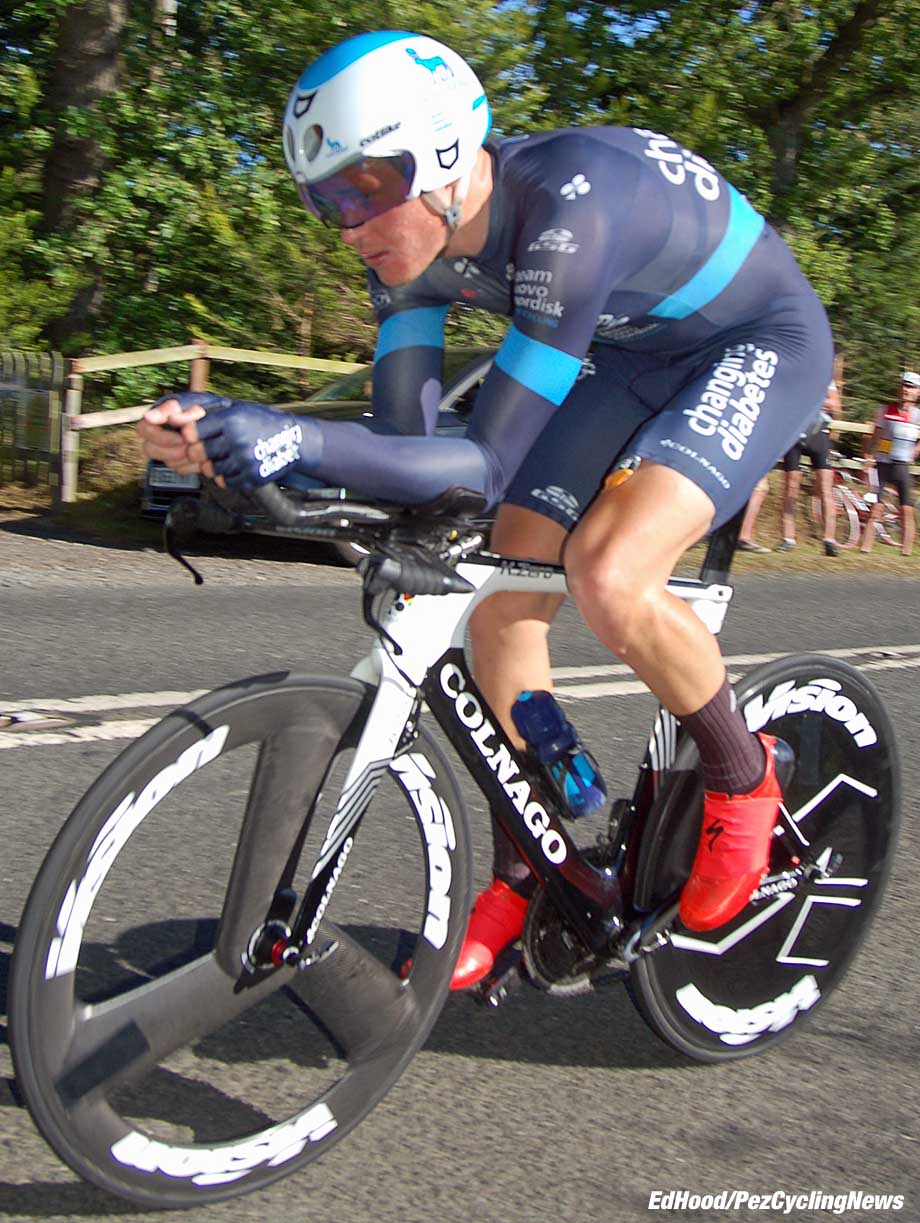 PEZ: That’s one cosmo programme you ride; Colombia to Rwanda?
Yes, we flew from Colombia straight to Rwanda for my first taste of Africa; that’s me raced on every continent except Antarctica now! Rwanda is a bit of a special race for us; our Spanish rider, David Lozano won a stage there in 2018 and was sixth on GC in 2019, my job was to support him – I also managed a stage top 20 on my birthday, so that was nice. It’s a different style of racing there over very rolling terrain.

PEZ: Then came ‘Lockdown’.
I got back to the Isle of Man straight from Rwanda at the start of March; I viewed it as a blessing, I only started racing in 2016 so I was able to focus on building my power over the lockdown period. 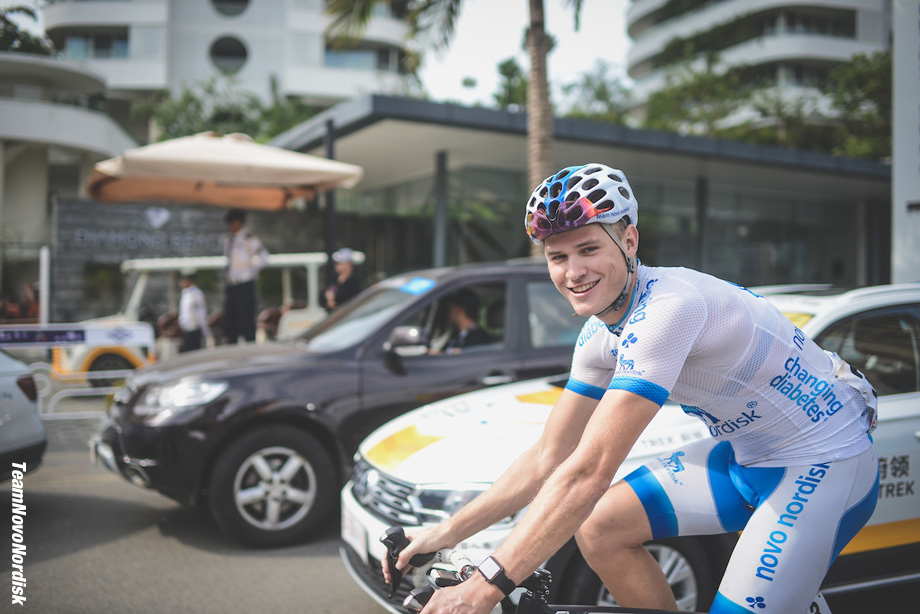 PEZ: Straight back into the World Tour fray in Poland after lockdown.
We rode the Circuit of Getxo in the Basque Country first where we had our French guy, Charles Planet finish seventh; then travelled up to Poland and, as you said, it’s World Tour so that was a big bang! I wasn’t sure what to expect but I did get in the break on Stage One; of course, the Fabio Jakobsen crash rather put a damper on things – and Bjorn Lamberg’s death in the same race the year before was on everyone’s mind. It’s a tough race, narrow roads and very technical.

PEZ: You finished your season in the ‘new look’ Paris-Tours with those excursions through the vineyards.
It was strange riding a Spring Classics parcours in the autumn; I felt good on the gravel – at 6’ 1” I have the build for that kind of race where you have to push a big gear and contend with slippery wet gravel. I was happy with my ride there; I rode all the big races the team participated in and am happy performed my role. 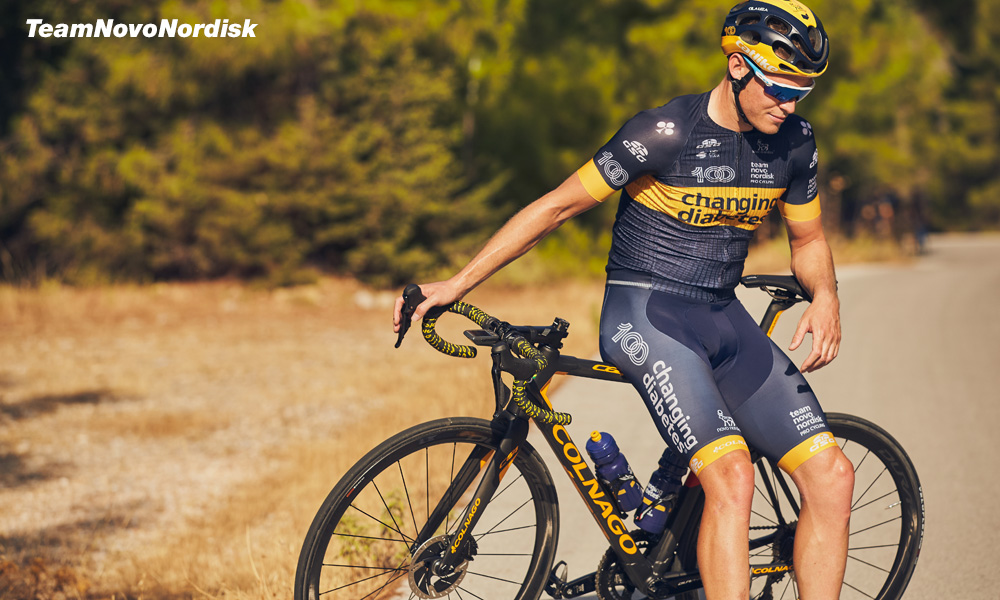 PEZ: How has your winter been – does Cav still show up on the island to train?
It went well, we had a training camp after Paris-Tours and I feel I’ve been making strides forward, my strength has improved. Cav was out a few time before lock down, Mark Christian too, he’s with EOLO-Kometa this year, British Champion, Ben Swift (INEOS-Grenadiers) was out a few times and Chris Lawless (Team Total Direct Energie) is living on the island now so we had a decent training group.

PEZ: Still on those nice Colnagos for 2021?
That’s why I want to get to training camp; my new C64 will be there for me – they’re lovely machines. I love my job and this is actually a special year for the team; it’s 100 years since insulin was discovered and we want to demonstrate even more what’s possible as a diabetes sufferer. 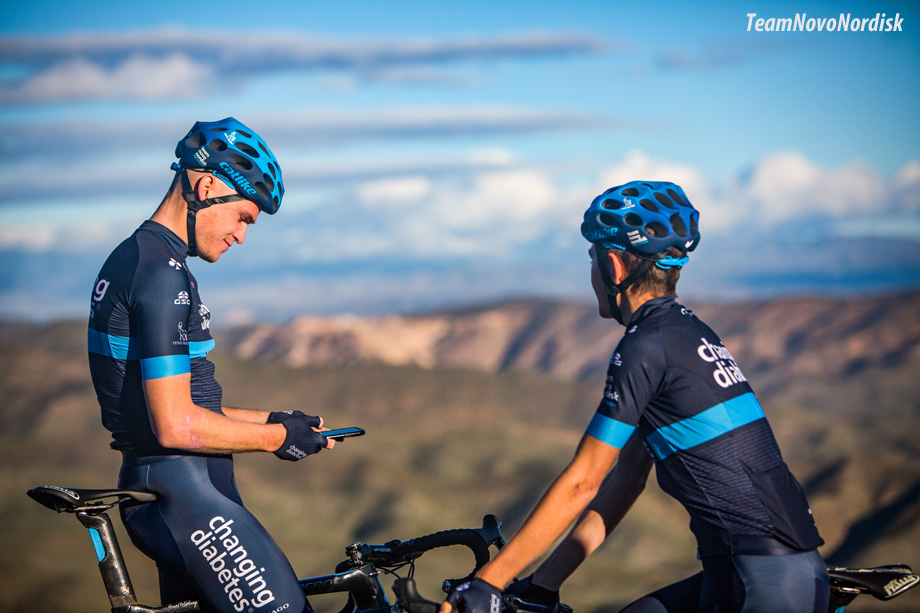 PEZ: Have you had any clues regarding your programme?
It’s still to be confirmed but I’d really like the opportunity to ride Milan-Sanremo for a third time, if we get a ‘wild card’. I’d also love to go back to Estonia and go for the king of the mountains again.

PEZ: Season 2021 is about?
I like stage races so I want to learn more of my craft, get more finesse so I can do my job of getting in the breaks. And I want to improve my sprint – I’d like to stand on some podiums! 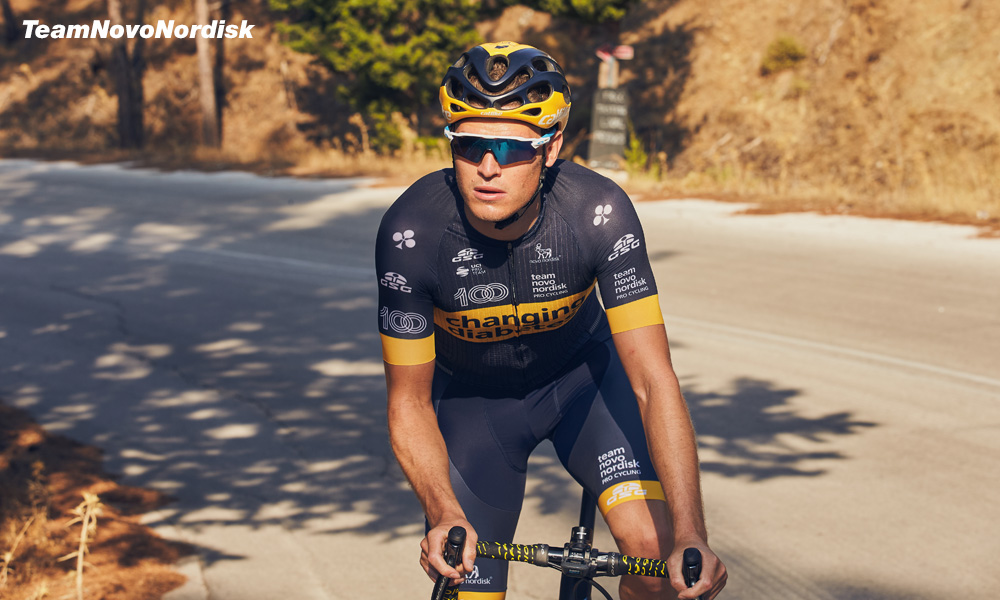