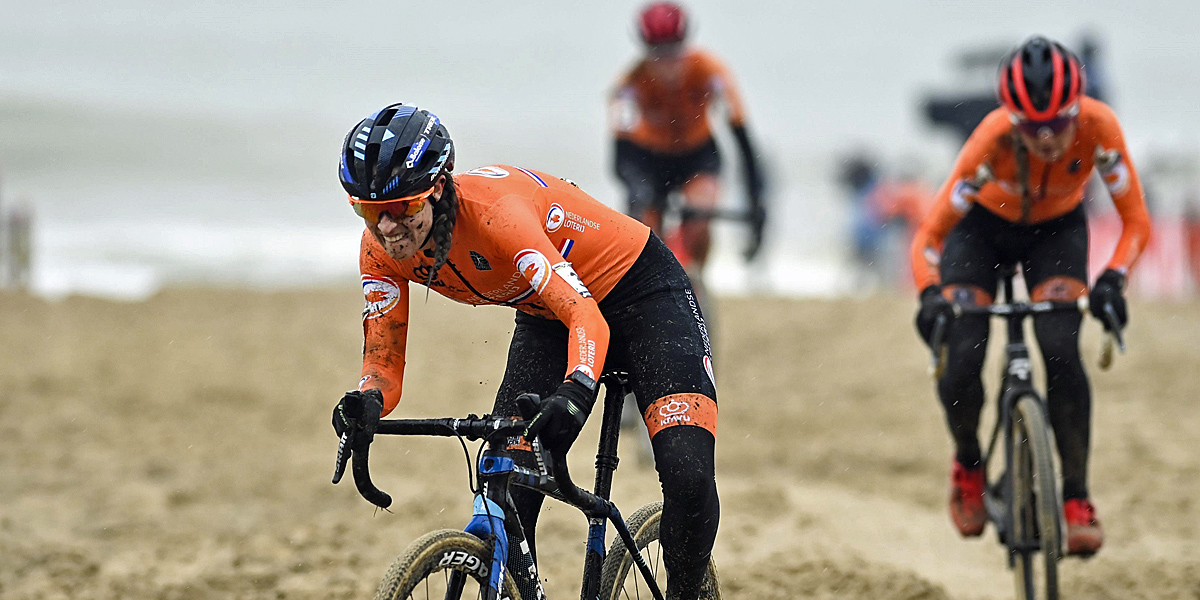 Dutch World Domination: Last Sunday there were four cyclocross rainbow jerseys on offer in Oostende and Holland won all of them. Of the twelve medals, Holland won eight and the kings of cross, Belgium, only won three. So why were the men and women from the Netherlands so good? Because they all learnt their trade in Flanders. 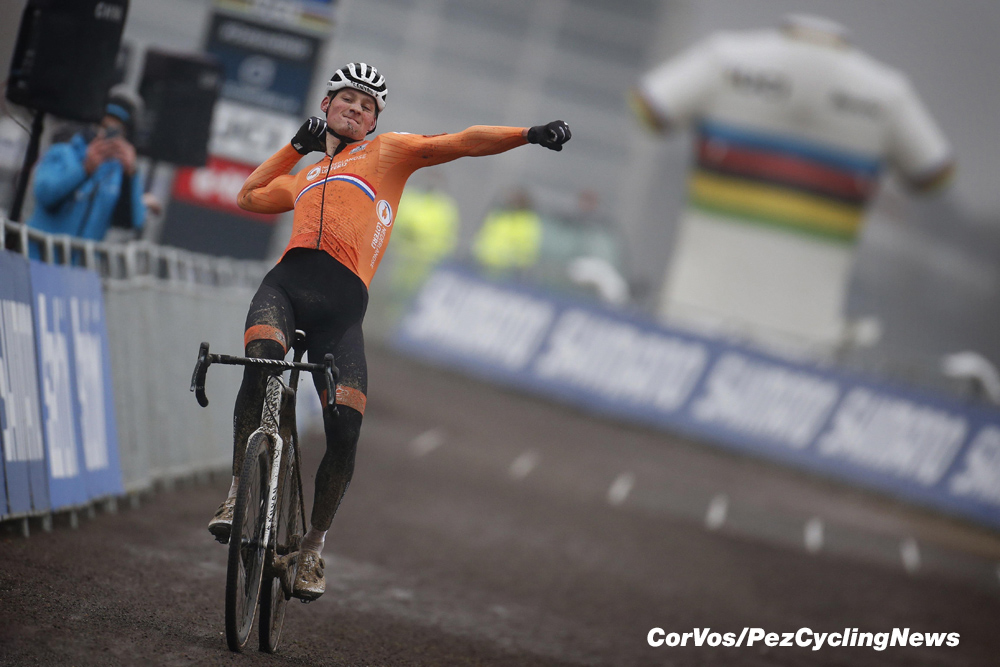 Van der Poel was even born in Belgium

Mathieu van der Poel has been racing for a Belgian team all his life, as has Lucinda Brand (Baloise Trek) and Fem van Empel and Pim Ronhaar (both Pauwels Sauces-Bingoal), they have all learned how to be top cyclocross riders in Flanders. “It is incomprehensible that the Netherlands has no cross teams,” commented Jurgen Mettepenningen. 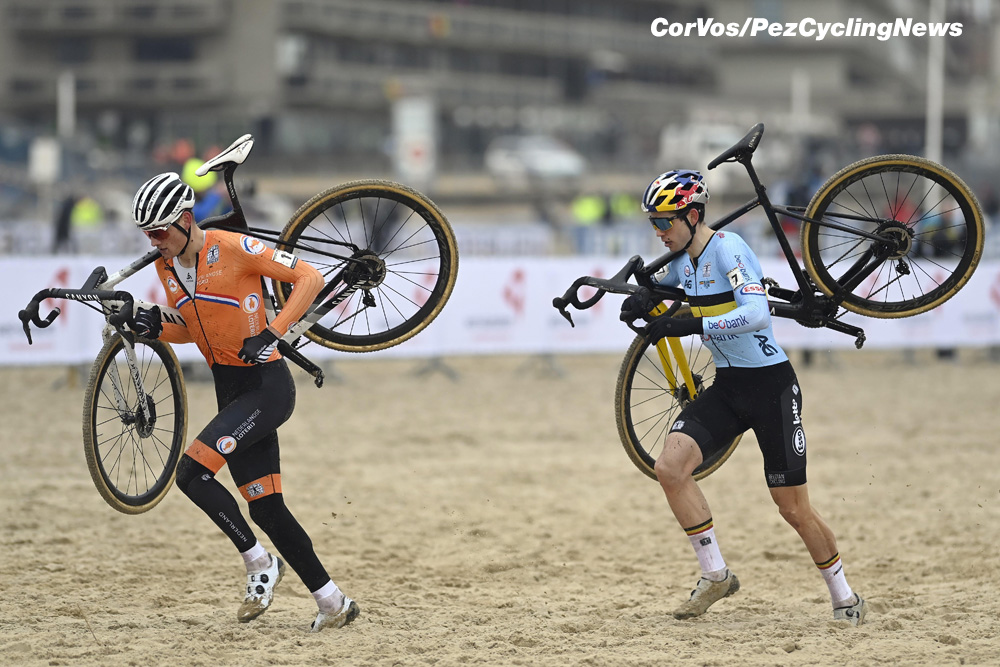 Van der Poel is proof that it pays to invest in young talent. That is what Mettepenningen does at the Pauwels Sauces-Bingoal pro team and development team Bert Containers-Pauwels Sauces. “Training youth is the only way to be at the top in the long term,” said the manager to Het Laatste Nieuws. 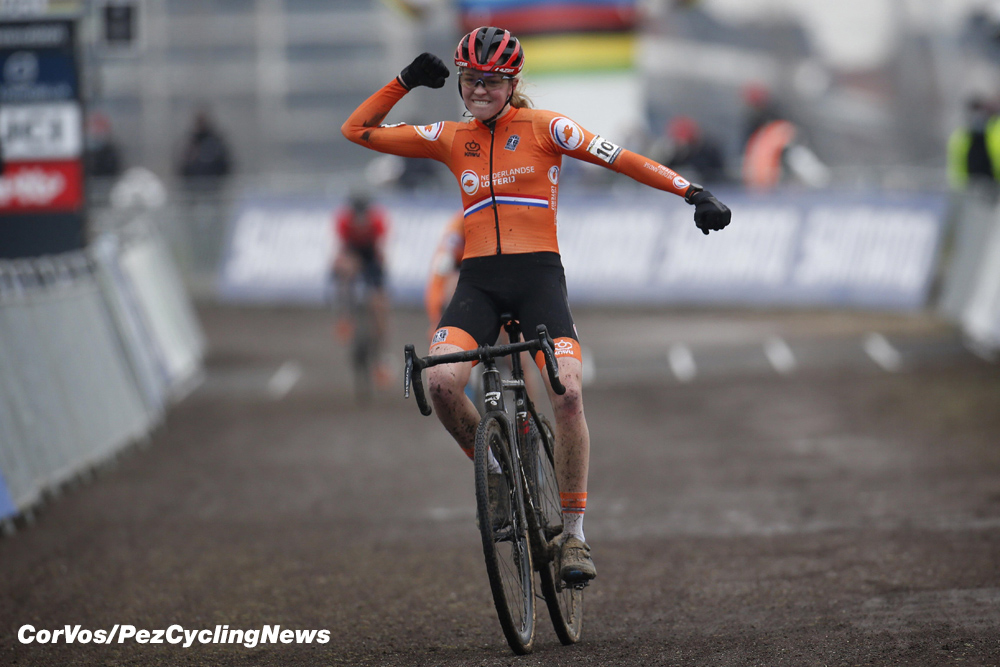 His youth team has twelve riders: six juniors and six novices, all boys. But there is also an eye for female talent. At the beginning of 2020, Fem van Empel joined the team, she went on to be the first female U23 World champion on Sunday. “Nobody can come and race with us just like that,” said Mettepenningen. “Only when we are convinced of the potential, we will support the rider or riders in question.” 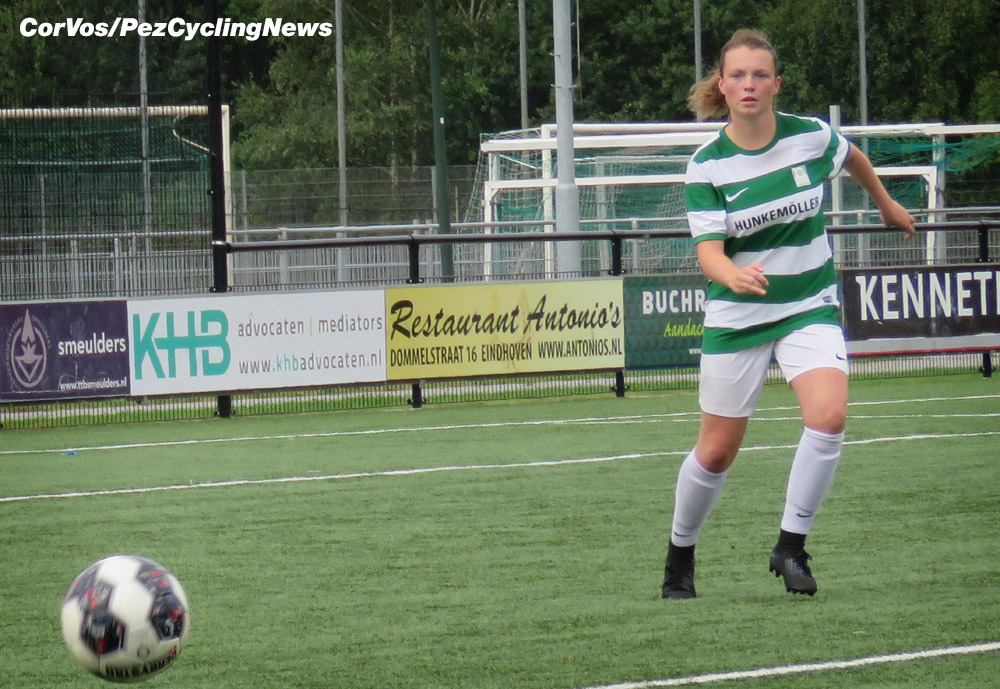 Van Empel is a good example of how the team works. Until the summer of 2019, she played football at Nuenen, only in the autumn she focused on cycling: crosses and mountain biking. “We immediately noticed her results,” says Mettepenningen. “We went to see them. Not much later she got a contract, and now she is a professional.” 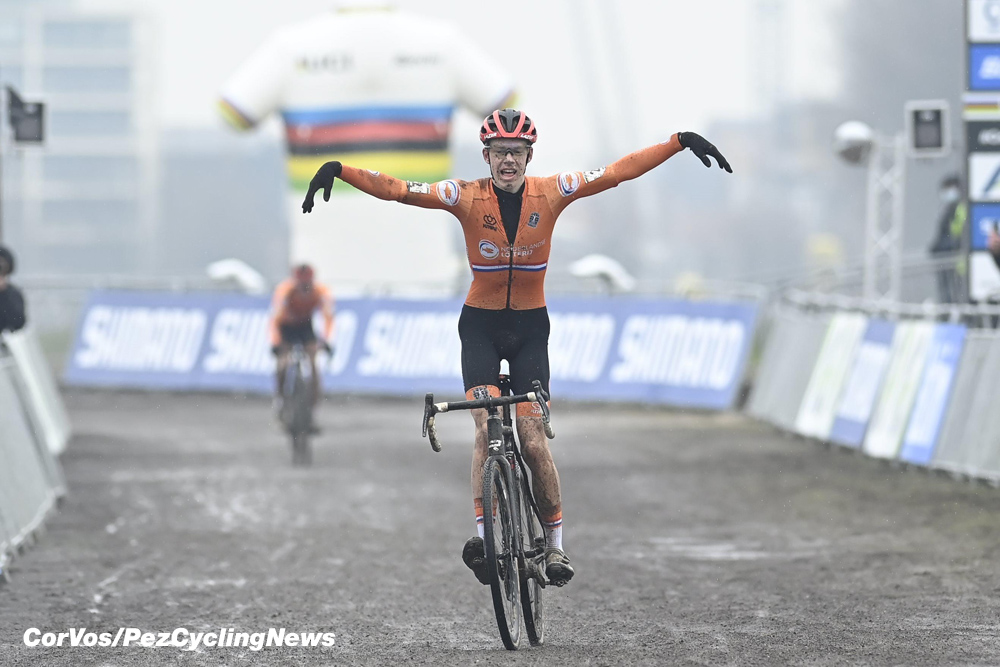 Pim Ronhaar came to the team as a newcomer. He was discovered by youth team leader André Tummeleer. Mettepenningen: “Today, the scouting is mainly done by youth and women’s team leader Tom De Kort and sports coordinator Mario De Clercq. They see a lot of races and keep an eye on all results. Tom makes part of the training plans and provides cross technical training together with Mario. You just see the guys getting better with them.” 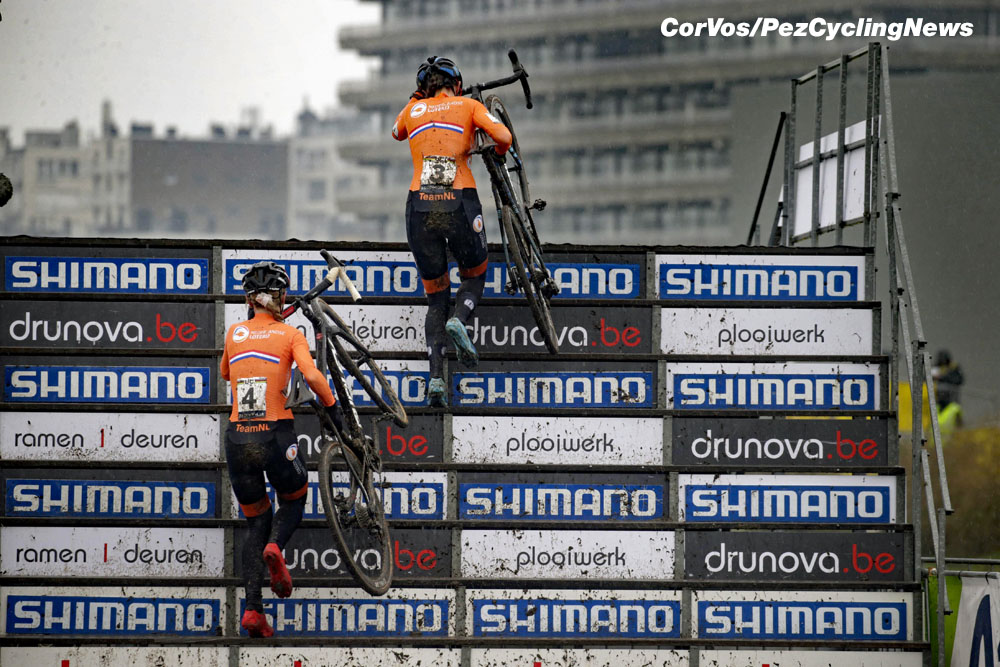 The Dutch riders are on the top step of cyclocross

The competitors for Mettepenningen are the teams of the Roodhoofts and those of Sven Nys, and that’s it. “It is incomprehensible that there are no large cross teams in the Netherlands,” he points out. “I don’t understand that nobody is up there. Or yet: a few years ago it was incomprehensible, today the lead of the Belgian teams is just too big.” 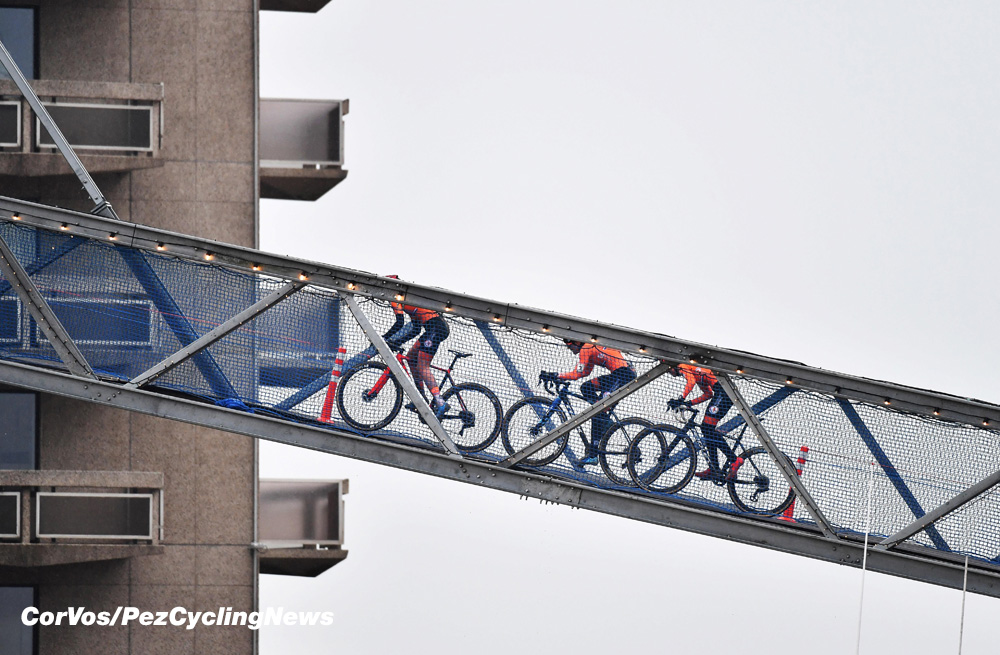 The Mettepenningen youth team runs on an annual budget of €200,000. A hefty amount, but it pays off. “Our added value is in top equipment and top training. By the way, we do not look at nationality. Whether it is a Belgian, Dutch or Czech: it’s all about the talent.” They have no shortage of talent in the Netherlands. Female dominance in particular is enormous. Mettepenningen refers to the sports culture that is greater in the Netherlands, and to youth races. “They organise a lot and also for younger ages. I think that is where there is a difference.” 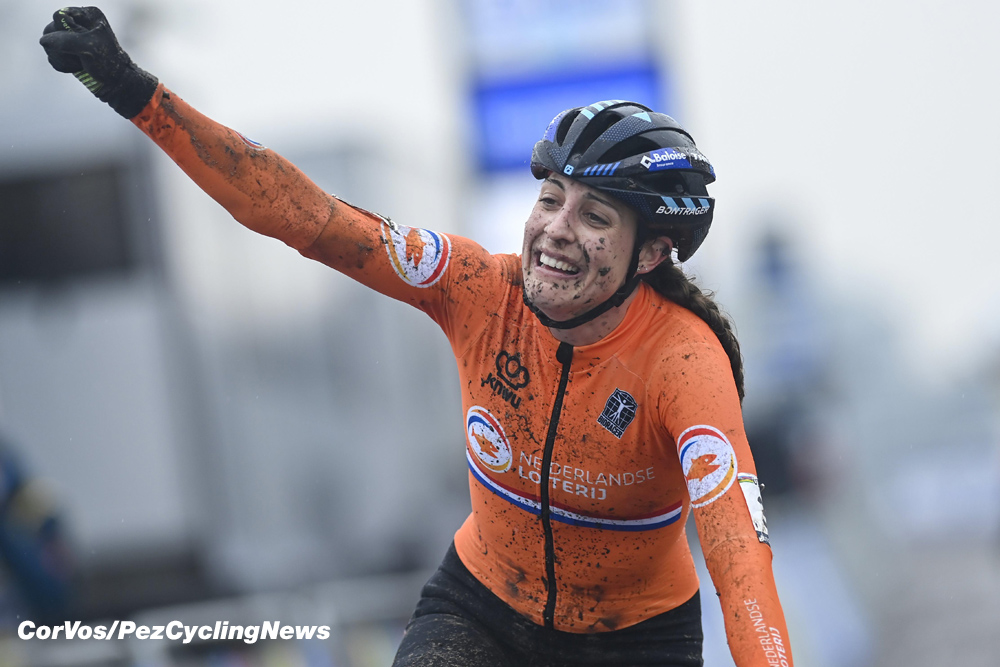 But the real cross-know-how is in Flanders. Lucinda Brand chose to collaborate with Sven Nys in 2019 to take the last step to the top. That did not work in a Dutch environment. In the past few days, since becoming World champion, she could not say often enough how grateful she is for Nys’ training and technical tips. 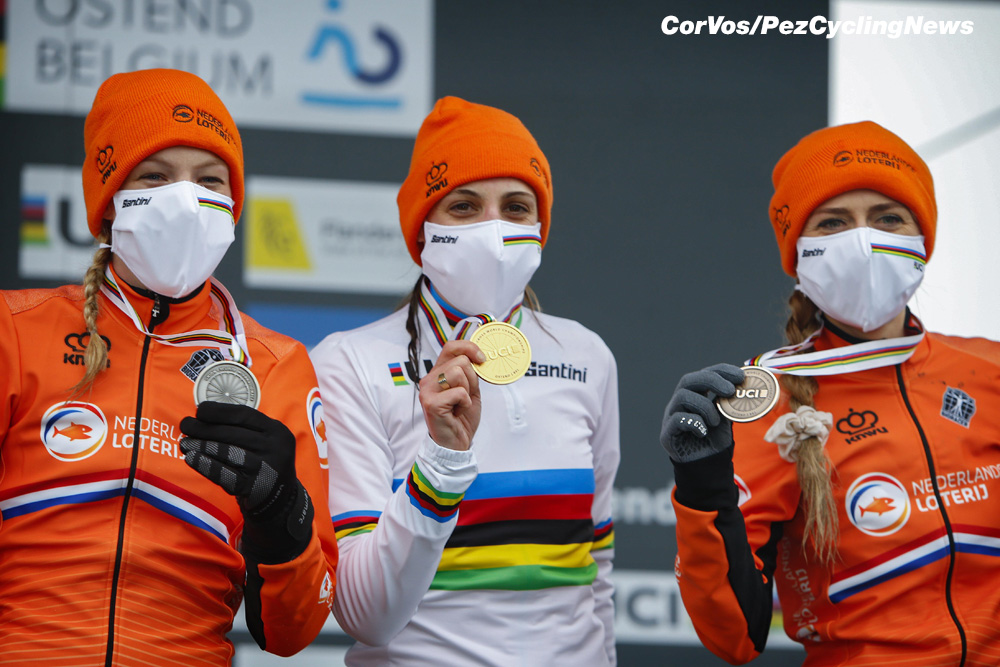