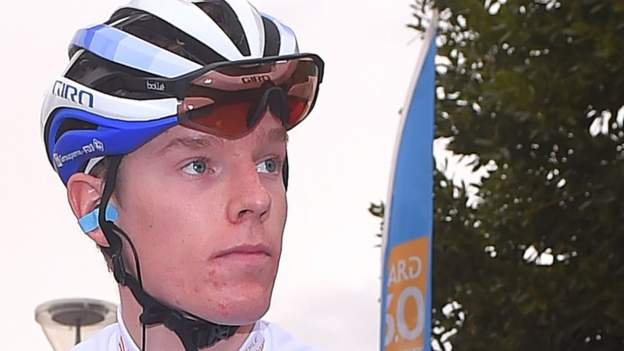 Groupama-FDJ’s Stewart, 21, was 10th in the final-stage time trial in the five-day race in southern France.

Tim Wellens won overall, a minute ahead of Stewart, in a field packed with high-class riders as a result of race cancellations because of the pandemic.

“Maybe I can time trial after all,” Stewart said on social media.

It is Stewart’s second race in his first full season in the World Tour for his French-based team, for whom he is largely deployed as a sprinter and one-day race specialist.

Thomas finished 49th in the overall classification, four minutes 37 seconds down, as he builds up to leading Ineos at this year’s Tour de France, with Tao Geoghegan Hart in support.

Thomas, 34, won the Tour for Ineos (then Team Sky) in 2018, but missed the race last year and then crashed out of the Giro d’Italia, with team-mate Tao Geoghegan Hart subsequently winning the Giro.