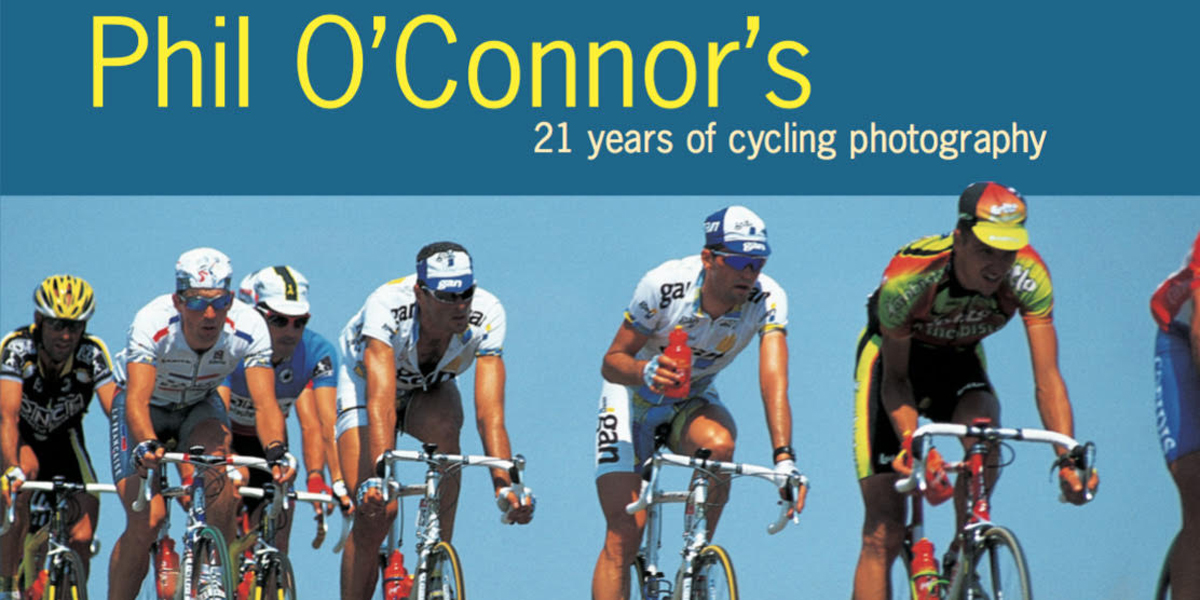 Bookshelf: It was May 1981 when Phil O’Connor took his first race picture; Manxman, Steve Joughin winning a stage of the Tour of Britain, ‘Milk Race’ as it hurtled into Bournemouth – some months later he managed to get it published in a cycling magazine. 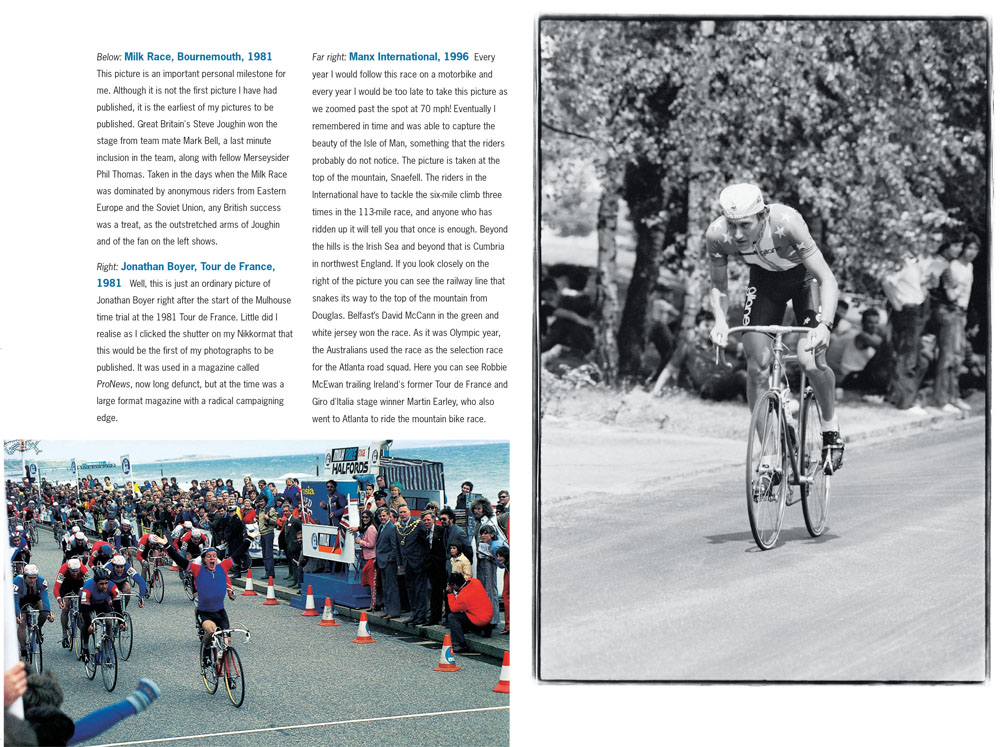 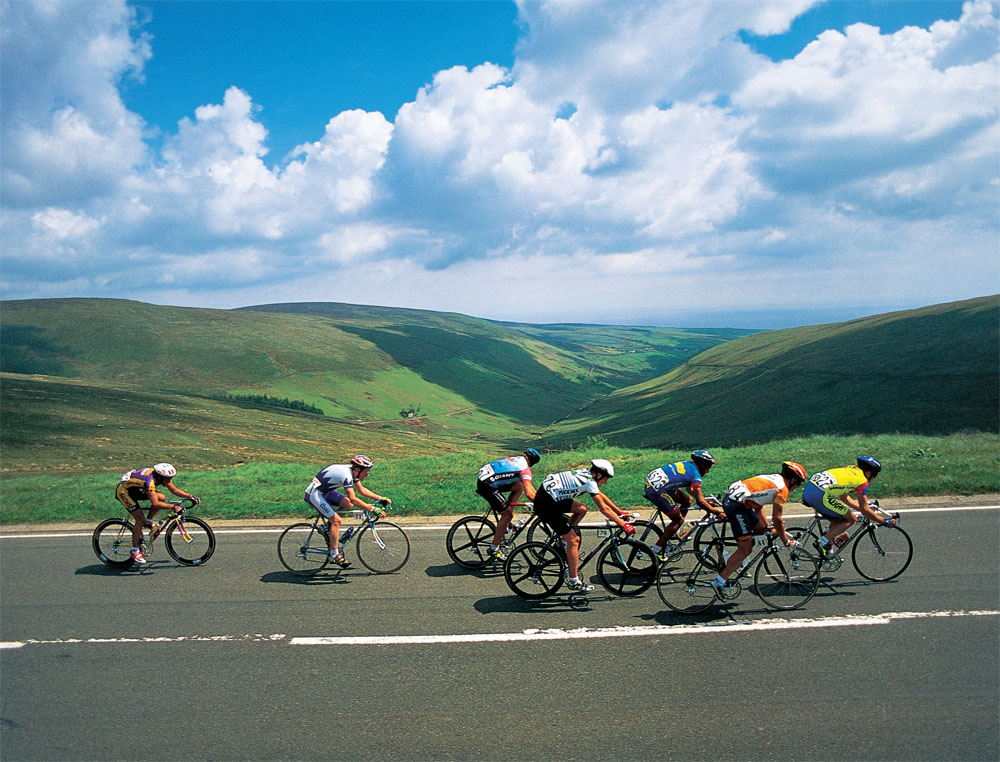 He freelanced until March 1988 shooting a lot of cycling but also running, ice hockey, football, rugby and basketball for local papers until he got a job at Sporting Pictures and remained there for the next four years; honing his skills, working alongside Fleet Street’s finest photographers he photographed numerous major sports events including the Seoul and Albertville Olympics. 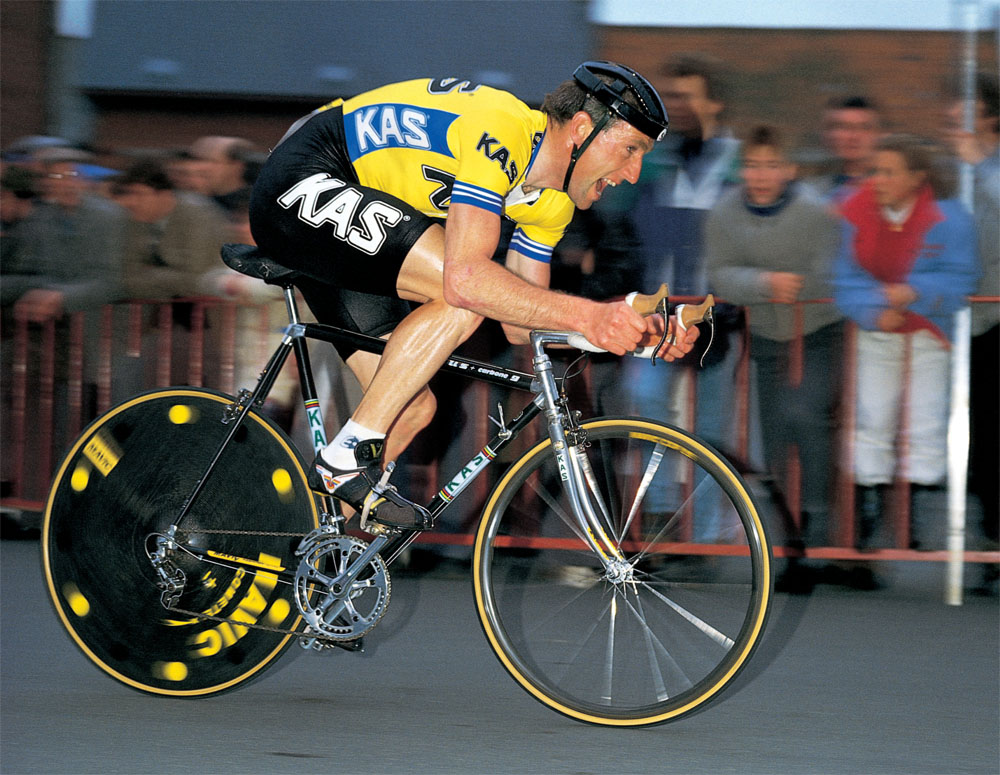 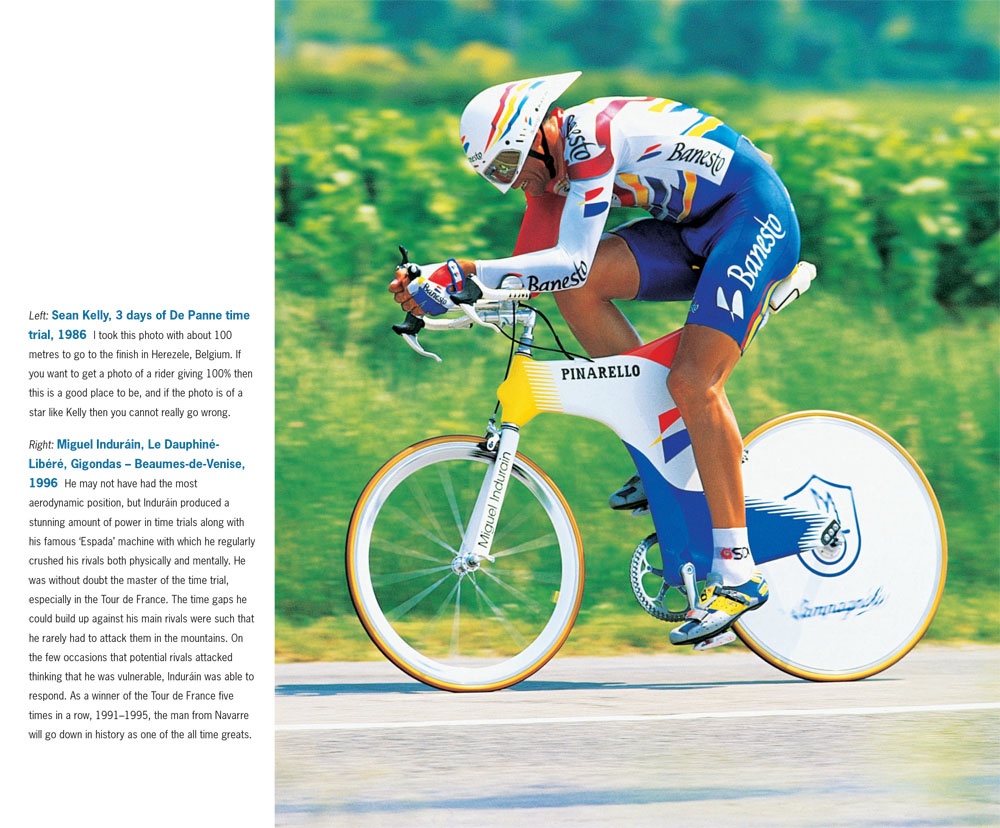 He left in March 1992 to create a brand new transparency library at England’s ‘Cycling Weekly’ magazine. It’s glossy, monthly ‘twin’ magazine – but now late lamented – ‘Cyclesport’ was created not long after he joined the weekly magazine and these two magazines became his commitment until May 2006. 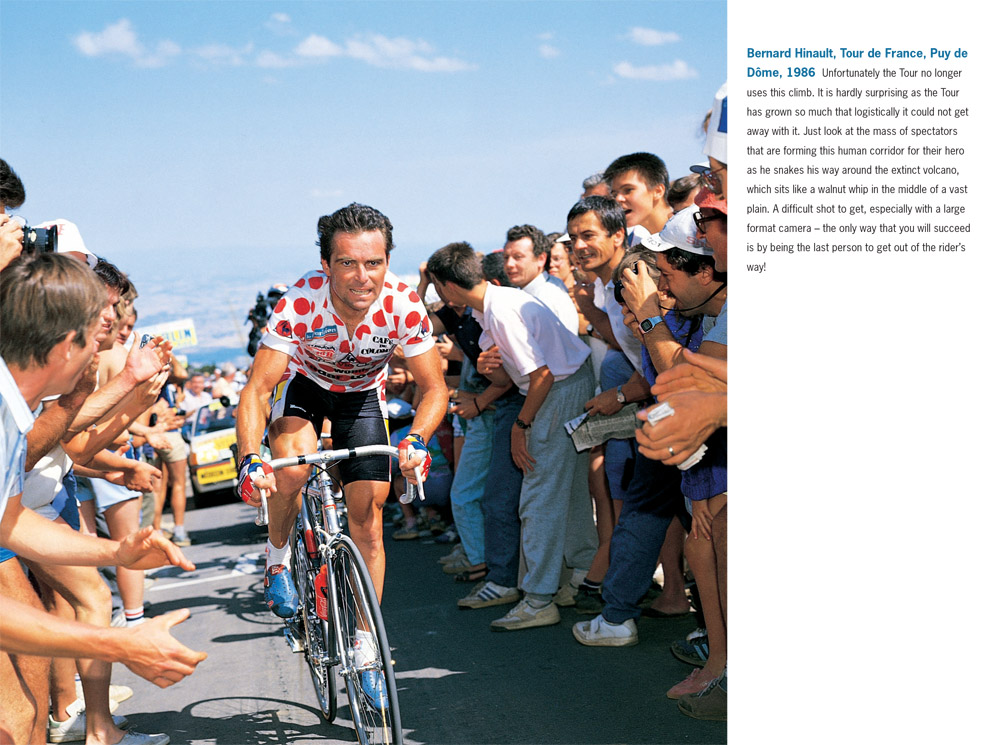 During that time he captured images of some of the sport’s most famous – and notorious – protagonists and some of the most historic events of the era. His hardback book, “Phil O’Connor’s 21 Years of Cycling Photography” records many of these riders and events. Phil has kindly consented to allow www.pezcyclingnews.com to reproduce some of the most memorable pictures from the book. A limited number of copies of the book are still available and you can find details of how to obtain one at the conclusion of this piece. 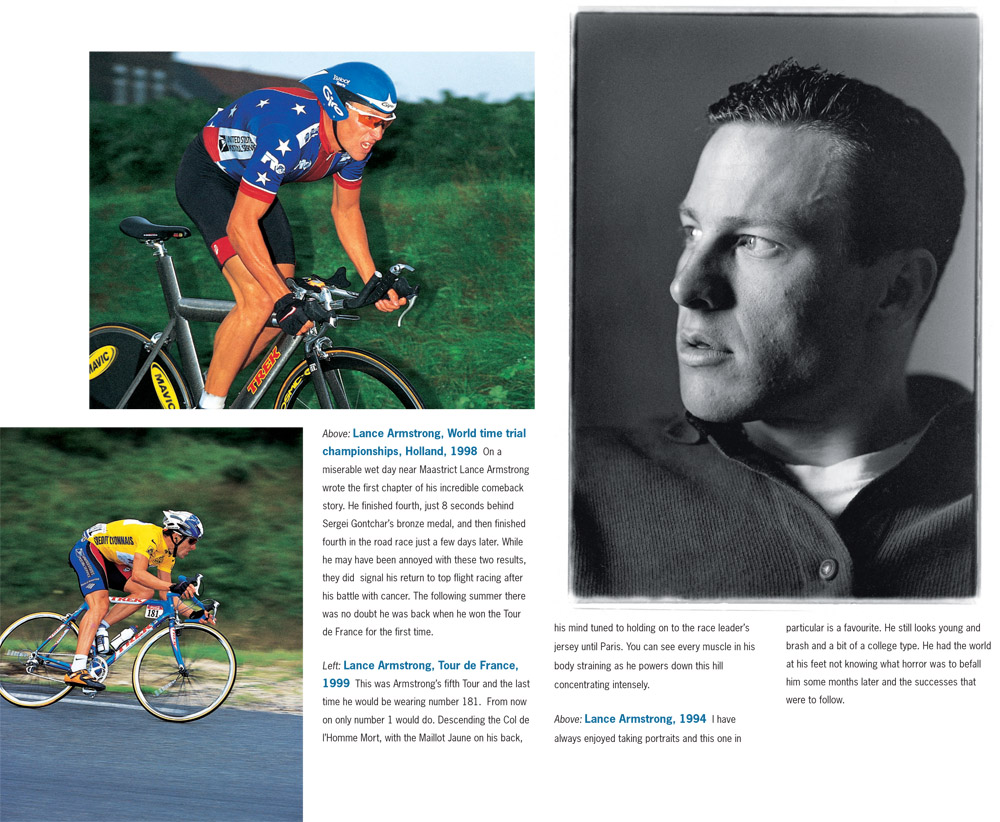 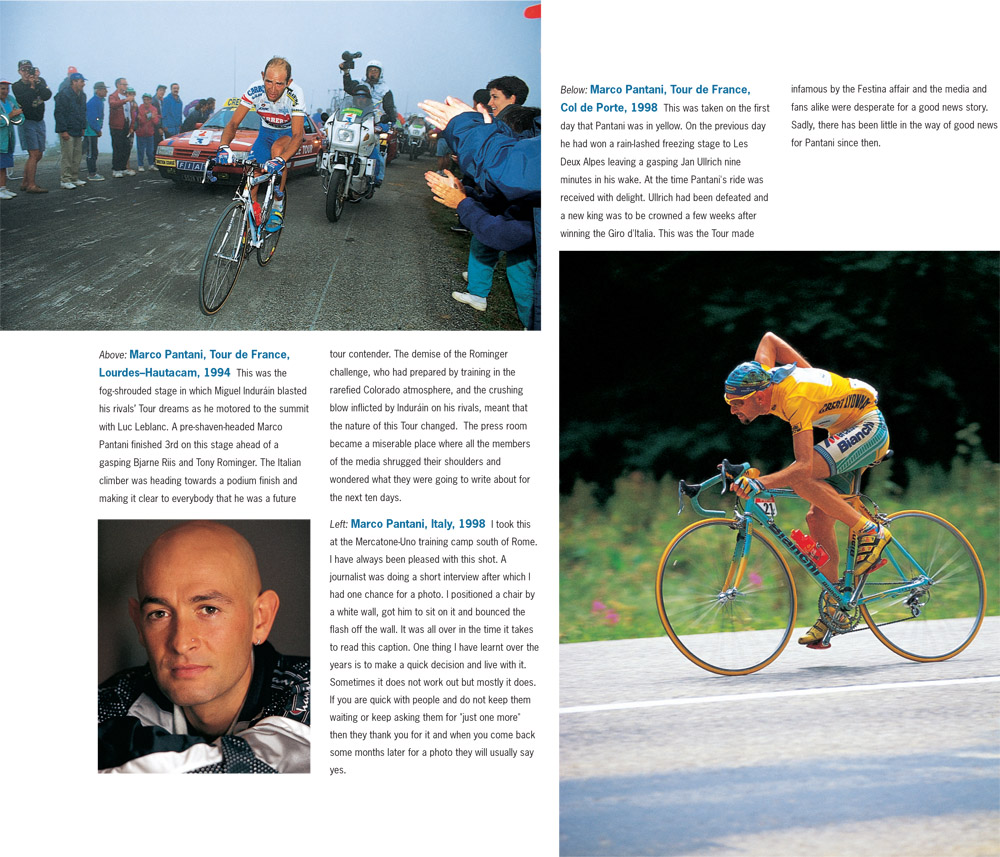 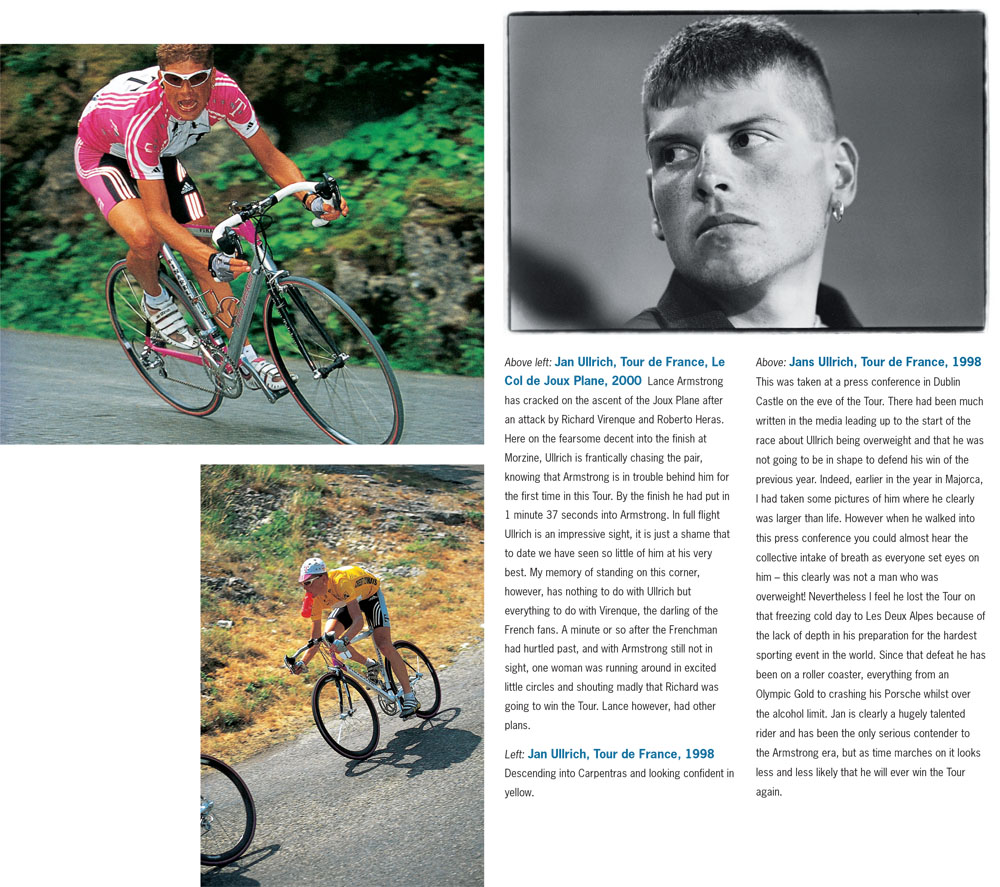 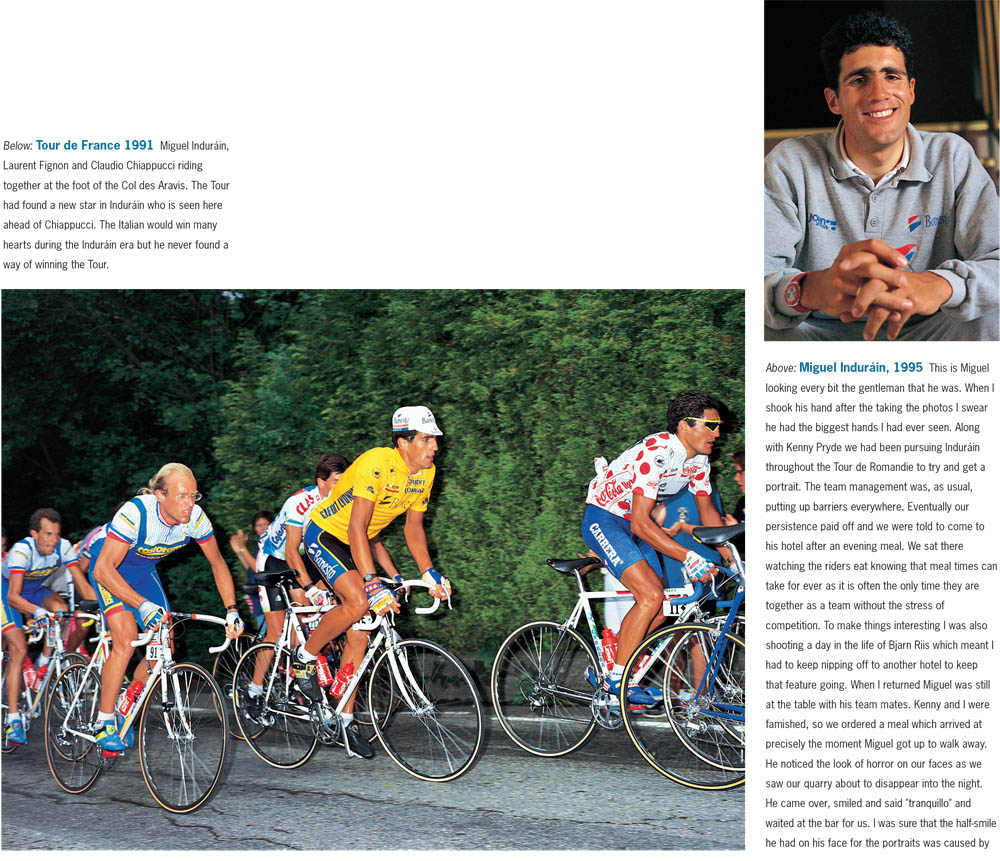 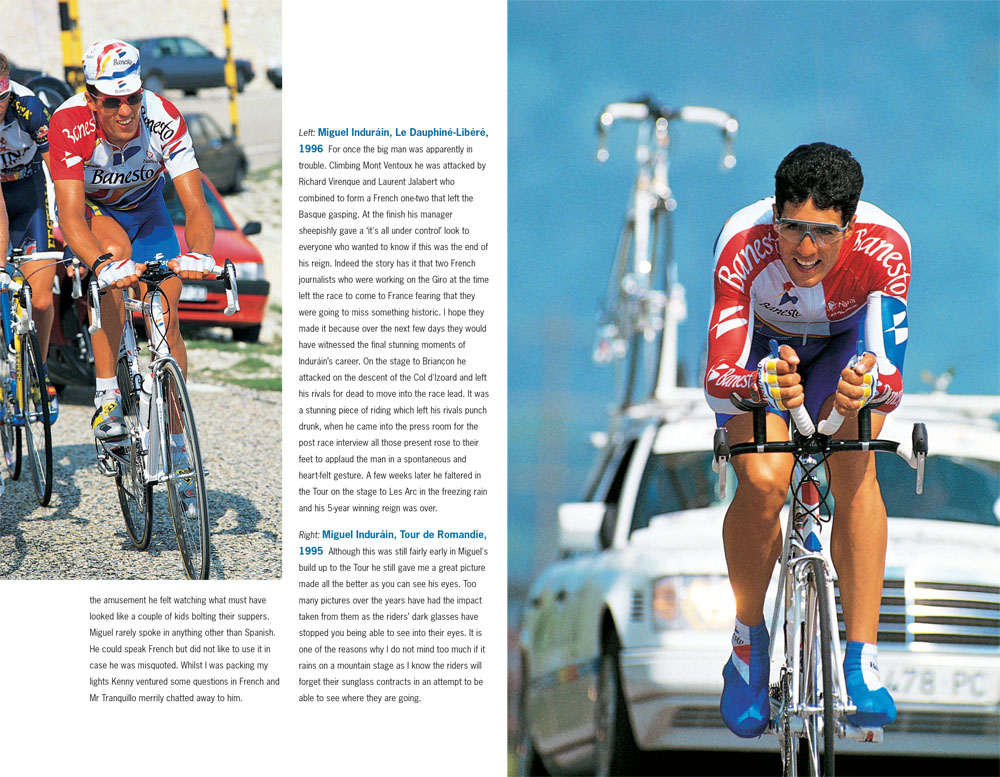 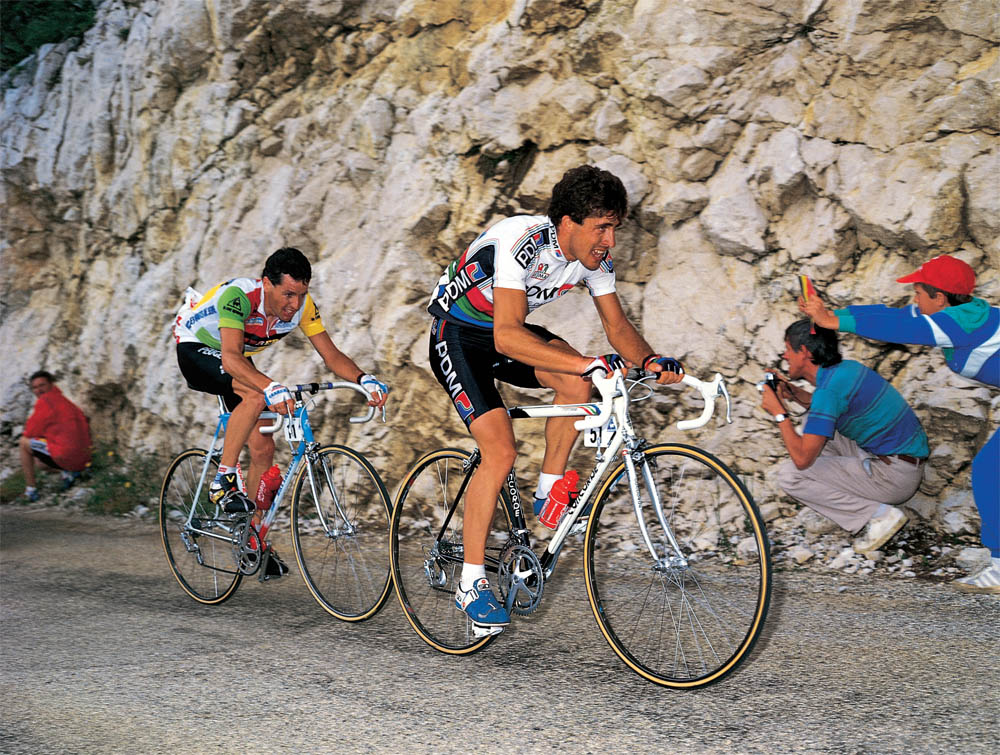 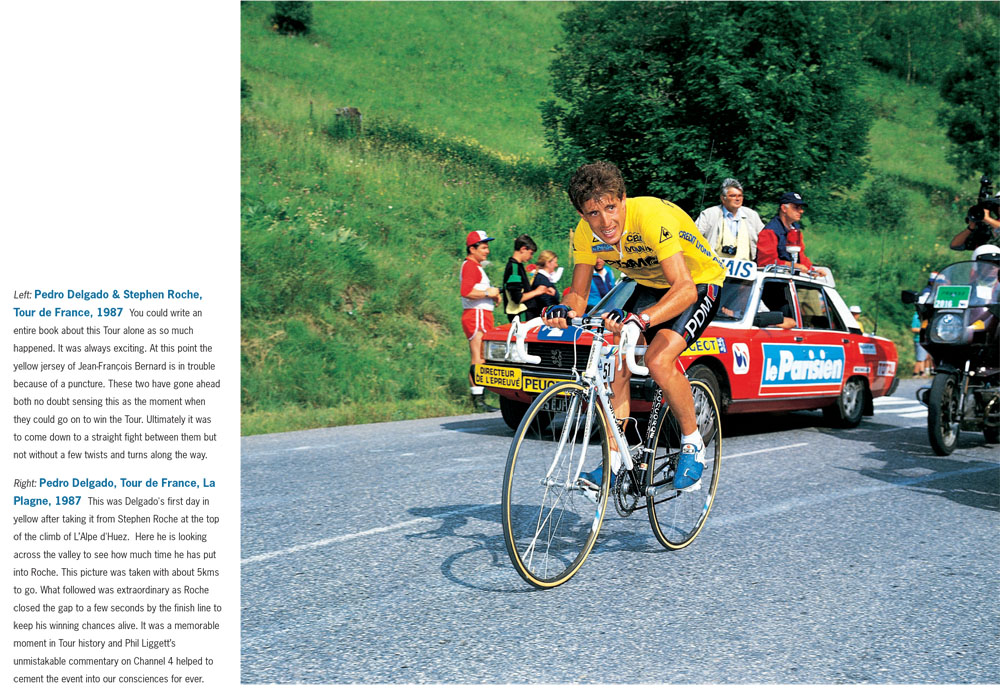 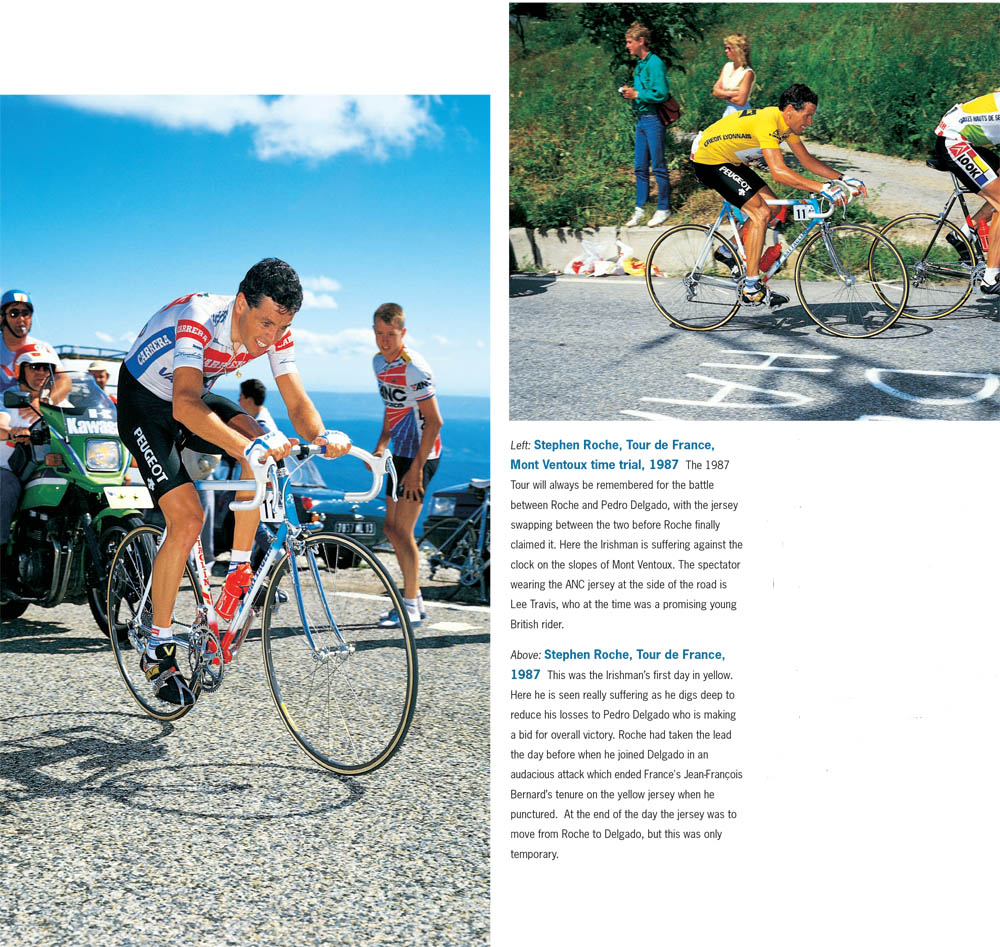 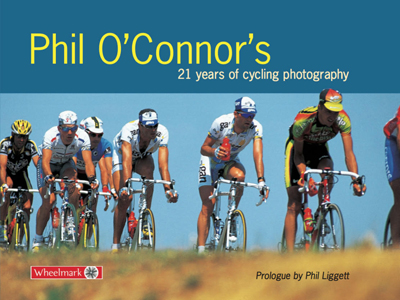