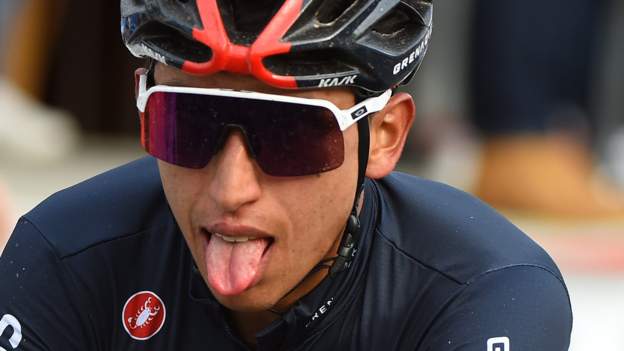 Bernal, 24, who won the 2019 Tour de France, finished the four-day race strongly as he recovers from a poor defence at last year’s Tour because of a back injury.

French world road champion Julian Alaphilippe was second in the general classification for Deceuninck- Quick Step, 18 seconds behind Sosa and one second ahead of Bernal.

Colombian Bernal dramatically abandoned last year’s Tour ahead of stage 17 after losing more than seven minutes to his rivals in stage 15 following a back injury.

He had shown very strong form before last year’s Tour in the French warm-up races, just as he has in Provence this year after finishing second to Sosa in Saturday’s mountainous Queens stage up to Chalet Reynard near Mont Ventoux.

Bernal will contest this year’s Giro d’Italia, which begins on 8 May.

“It’s an opportunity for him to focus on the Giro and enjoy it, go there with that big smile that he had [when he joined],” said Ineos team boss Dave Brailsford last week about Bernal’s race programme.

The safety argument dividing the peloton

The race in Provence – one of the few to take place amid several coronavirus-related cancellations – was one of the first to be held after cycling’s world governing body the UCI announced several new safety regulations.

One controversial decision is to ban the ‘super tuck’ position, in which riders crouch down on to the top tube of their bike frame as they descend at high speed to gain an advantage through aerodynamic efficiency.

The UCI believes the move is dangerous and could be copied by amateur riders on public roads.

Several high-profile riders have objected to the ruling, which comes into effect on 1 April, including Britain’s four-time Tour de France winner Chris Froome.

However, other riders, including Ireland’s Dan Martin, a team-mate of Froome, have praised the UCI for taking a decision before any accidents related to the move occur.