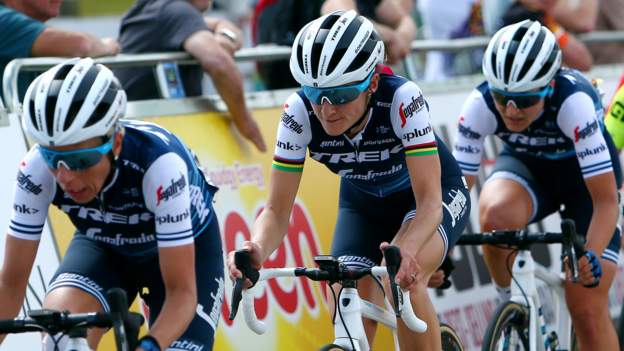 The 2021 edition of the Women’s Tour has been postponed because of the coronavirus pandemic.

The UK stage race was scheduled to take place from 7-12 June.

Organiser SweetSpot has requested alternative dates of 4-9 October from the sport’s governing body, the UCI.

The Women’s Tour forms part of the top-tier UCI Women’s World Tour and was held every year from 2014 before the 2020 event was cancelled because of the pandemic.

British Cycling’s head of sport and major events, Jonathan Day, said: “We know just how important the Women’s Tour is for our teams and riders, and it’s been fantastic to see the race go from strength to strength over recent years, becoming a mainstay of the British sporting calendar.

“We are working closely with SweetSpot and the UCI to confirm the proposed date change and look forward to welcoming the world’s best riders to the opening stage in Oxfordshire later this year.”

Britain’s Lizzie Deignan won the 2019 edition to become the first two-time winner of the Women’s Tour, which attracts an annual roadside audience of 300,000.

The race was due to start in Oxfordshire and end in Suffolk.

Councillor James Reeder, of Suffolk County Council, said: “The health and safety of all communities, competitors and partners involved in a such well-attended public event must be the priority.

“We look forward to putting on a fantastic spectacle with SweetSpot and all our partners later in the year.”