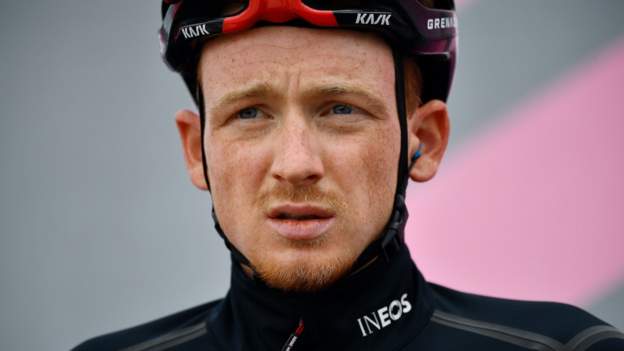 Britain’s Giro d’Italia winner Tao Geoghegan Hart is to sponsor a young rider in an effort to increase racial diversity in cycling.

The 25-year-old Ineos Grenadiers rider has teamed up with his former development team Hagens Berman Axeon to offer the opportunity.

He will then “identify, coach and mentor” the rider, who will join the team on 1 August.

“Cycling has a problem with diversity and inclusivity,” he said on Instagram.

“This is a fact. It is not unique within sport, but we must face it head on all the same.

Geoghegan Hart, who became only the second Briton to win the Giro in October, said he had taken inspiration from the likes of Marcus Rashford, Lewis Hamilton and Billie Jean King for how they have raised awareness of diversity issues.

“I hope this can be the beginning of a joint effort to increase racial diversity within the amazing sport of cycling,” added Geoghegan Hart, who previously told the BBC of his desire to improve diversity in the sport.

Merckx – Hagens Berman Axeon’s team director – said: “We are so proud to partner with Tao on this new program. The issue of diversity and inclusion in cycling is not something that we take lightly. It’s something that we whole-heartedly believe in as a program and want to help build within the sport.

“I think we all have a responsibility to be better. As a development team we have the opportunity to create change at the entry level of the sport and it’s something that we hope to grow to a bigger footprint in the future.”