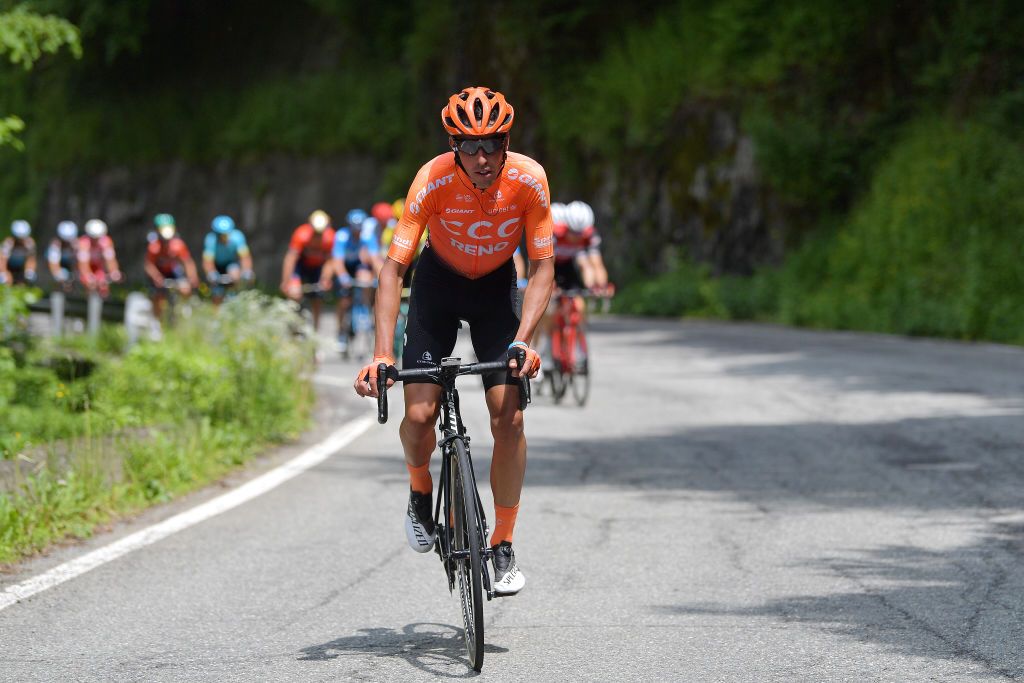 Victor de la Parte (CCC Team) has suffered multiple fractures as a result of the mass crash that saw him and three other riders abandon the Vuelta a España on stage 6.

The Spaniard, who was lying in 13th overall at the time, was immediately taken to hospital for X-rays. His team confirmed that he had suffered a fractured left scapula and rib.

“Victor was involved in a crash which took down a big group of riders,” said team doctor Daniele Zaccaria. “He was riding in the middle of the bunch when it happened, and there was not much he could do to avoid the riders who fell in front of him.

“He was immediately taken to hospital where X-rays revealed a fractured scapula and rib on his left side.”

EF Education First were the team worst affected by the crash, which occurred when riders hit a wet patch on a descent 90km into the stage.

Team leader Rigoberto Urán and key climber Hugh Carthy both forced out of the race, with the team revealing that the pair suffered broken collarbones. Former race leader Nicolas Roche (Team Sunweb) also abandoned due to the accident.

“Fortunately, the scapular fracture will not require surgery,” said Zaccaria of de la Parte. “But he will require around 40 days of rest before getting back to training.

“Due to the time of the year, with only two months of the season left, we will advise him to be patient, take things slowly and focus on recovery so that he is healthy and ready for the next season.”

De la Parte was participating in the Vuelta for the first time of his nine-year career. Earlier this season the 33 year old finished 21st at the Giro d’Italia, and in July took his best result of the season, taking tenth at the Tour of Austria.