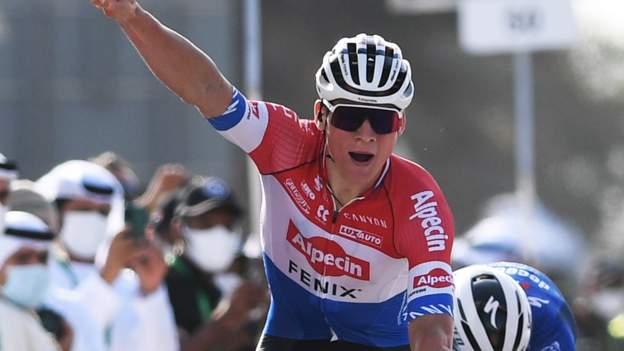 Britain’s Chris Froome made a quiet start in his first race for Israel Start-Up Nation as Dutchman Mathieu van der Poel won stage one of the UAE Tour.

Froome, 35, making his debut after January’s Vuelta San Juan was called off, is eight minutes 39 seconds back.

Froome’s fellow Briton Adam Yates, the defending champion who is making his debut for the Ineos Grenadiers this week, crossed the line in 12th place.

Yates is braced to lose time in Monday’s 13km time trial around Al Hudayriyat Island, before the climbing tests to come on Tuesday and Thursday, but will now begin the day in a stronger position than expected, 13 seconds off the lead.

Van de Poel, who defended his cyclo-cross World Championship title last month, out-sprinted Dekker in the last 50 metres after the peloton was broken and crosswinds wreaked havoc on the 176km stage from Al Dhafra Castle to Al Mirfa.