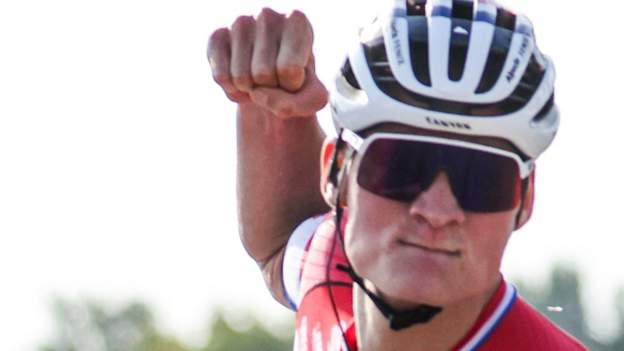 Dutchman Van der Poel won Sunday’s opening stage, but will not continue after his Alpecin-Fenix team pulled out to “safeguard the race bubble”.

“Those who came into contact are self-isolating,” said organisers RCS.

Yates finished stage one of this year’s edition 13 seconds behind Van der Poel on his debut for Ineos Grenadiers.

Chris Froome, who has moved to Israel Start Up Nation, lost more than eight minutes during Sunday’s 176km opening stage from Al Dhafra Castle to Al Mirfa with strong crosswinds creating echelons and splitting the peloton.