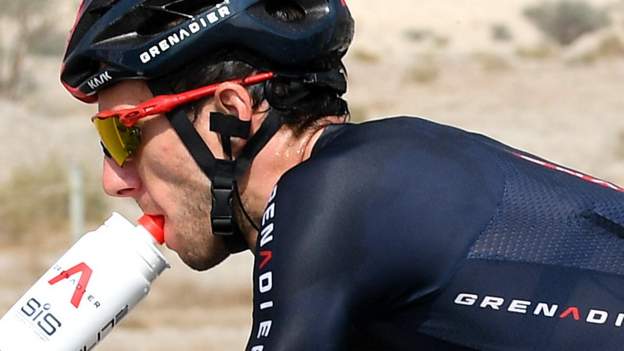 Ineos Grenadiers’ Yates, 28, was expected to attack Pogacar’s lead to try to finish the stage ahead of the Slovenian, but the pair crossed the line together after a late rally.

Only crashes and high winds splitting the peloton are likely to give Yates a chance to close the gap across Friday and Saturday.

Last year’s Tour de France winner Pogacar, who rides for UAE-Team Emirates, took the lead after Monday’s time trial when the winner of stage one, Mathieu van der Poel, left the race after a staff member on his Alpecin-Fenix team tested positive for coronavirus.

Pogacar held the overall general classification after a tussle on Tuesday with Yates up to Jebel Hafeet, and stayed firm against Yates on Thursday’s ‘queen stage’, which has the highest mountains for overall contenders to claim the most time over their rivals.

Froome, 35, said: “Hopefully things are coming together, but I definitely need more of these races behind me.”

Friday’s stage is a 165km race from Deira Island to Palm Jumeirah, where Ireland’s Sam Bennett could take victory after scoring his 50th career win on Wednesday.