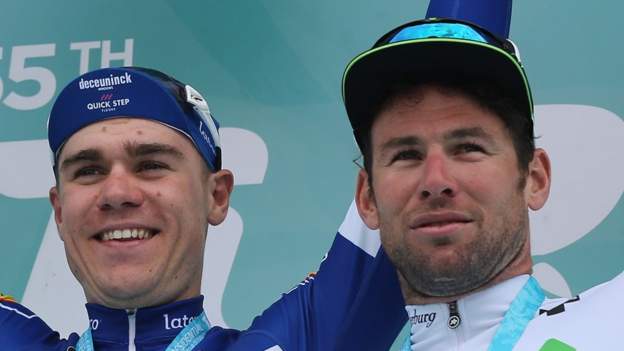 Jakobsen, 24, sustained head and facial injuries during last year’s Tour of Poland after a high-speed crash with Jumbo-Visma’s Dylan Groenewegen.

The team say Dutch sprinter Jakobsen still does not have a planned race programme for 2021 as he continues to recover from the accident which saw him crash through barriers and collide with a race organiser before hitting an exposed railway line.

“Judging by how he’s been going over the winter, and the work he’s been putting, in I’m pretty confident,” added Cavendish, who is considered one of the most successful sprinters of all time, with 151 career wins, 30 of those in the Tour de France.

“To see the commitment he’s putting in, I’m proud of him.”

Fellow Dutch sprinter Groenewegen revealed in January he received death threats following the crash, adding that the police protected him and his family after the messages were mailed to him.

“[The] police guarded our door. We could no longer spontaneously leave the house,” the 27-year-old said.

Cavendish added that he was happy to be racing again for the team he won several races for between 2013 and 2015.

“Nothing much has changed. I feel part of this team, the mentality. It’s the wolfpack.

“I love riding my bike and I’m happy here. It’s special, the relationship with [team owner] Patrick Lefevere. It’s why the team does what it does.”