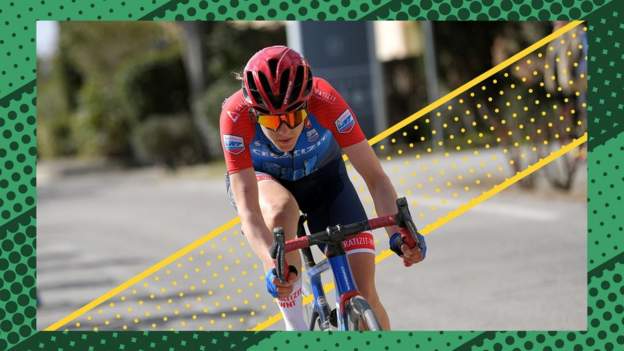 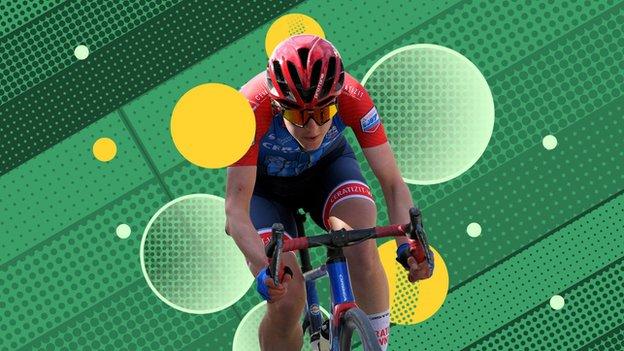 Female cyclists feel undervalued and that their achievements are less worthy because of the huge disparity in prize money in road racing, says Lizzy Banks.

But she believes female cyclists are “a bit scared” to make a stand.

“We have so many battles to fight,” British rider Banks told BBC Sport.

“I don’t think this [equal prize money] is the most important thing out there in women’s cycling, but I do think that it is important.

“I just feel like it sends a message that we don’t value the women’s sport as much as we value the men’s,” added Banks, who races for the Ceratizit-WNT Pro Cycling team.

“If we’re talking about creating an equal environment in men’s and women’s cycling then yes you need the salaries and the infrastructure within the team, but [equal prize money] is a relatively small amount that makes a big impact.

A 2021 BBC prize money in sport study, published on International Women’s Day, found that while all cycling disciplines have paid equal at World Championships since 2013, many road races have disparities.

There are exceptions including the Women’s Tour and Tour of Britain, which started paying equal prize money in 2018.

At Omloop Het Nieuwsblad in Belgium, the men’s race was classed as a WorldTour event whereas the women’s race was a second-tier ProSeries, and minimum prize money is mandated by the UCI.

However, Banks says fellow cyclists are afraid to air their concerns over disparities for fear of impacting their careers.

“I think the thing with female cycling is that we’re all a bit scared to say something,” said Banks.

“It’s not that there’s a culture of fear – that’s definitely not the case – but our jobs are relatively insecure.

“Often we are on one-year contracts, you have to be quite careful what you say and also especially if you are the ones at the top of the sport then you are also the ones who are going to be reaping the benefits so you don’t want to seem selfish.

“In female cycling it’s always a balancing act of wanting to promote the right causes but also being careful what you say because I think being outspoken can really inhibit your chances of getting another contract sometimes, even if really you’re promoting positive things for the sport and things that are going to have a massive impact on the sport in the future.”

Fans set up a Crowdfunder to increase the prize money for the top five riders in Saturday’s women’s Strade Bianche, which was won by the Netherlands’ Chantal van den Broek-Blaak.

“It makes a statement that this is wanted, this is expected, this is what the fans want to see,” Sarah Storey told BBC Sport, adding Omloop Het Nieuwsblad’s prize offering was “dire” and “stark”.

“So often the counter-arguments to these economic arguments are the women’s race isn’t watched as much, it’s not as well seen, it’s not as well viewed and it’s not thought of on the same level. And now this is the chance for the fans to actually state where they are, we do want to see this and that then sends out a message.”

Banks said the crowdfunder “makes a point” but added: “It’s a bit unfair that all of this thing that has blown up has been directed at Omloop organisers, they have been the ones who have got the majority of the slack from this fall-out but actually they are doing a really good job at their race and at promoting the women’s race.”

On Twitter, he said Flanders Classics was aiming to have equal pay at all its races by 2023.

“There is still many challenges to overcome but we are convinced that women’s cycling has a bright future ahead,” he added. “Together, governing bodies, teams, riders and organisers, we can make this work.”

In a statement to BBC Sport, the UCI said its financial obligations for women’s road cycling have been increasing “at an annual rate of 10% since 2019, and this increase will continue in the coming years”.

It added: “It is important to specify that the financial obligations established by the UCI indicate minimum prize money requirements. This gives the organisers the freedom to offer larger prizes and more and more of them are aiming for the same amounts for men and women in the coming years, if not already achieved for some.

“Establishing parity between men and women in prize money today would risk jeopardising a certain number of events. This would impact the teams and riders as well and put a halt to the development of women’s road cycling. This is why a progressively increasing minimum prize money has been introduced.”