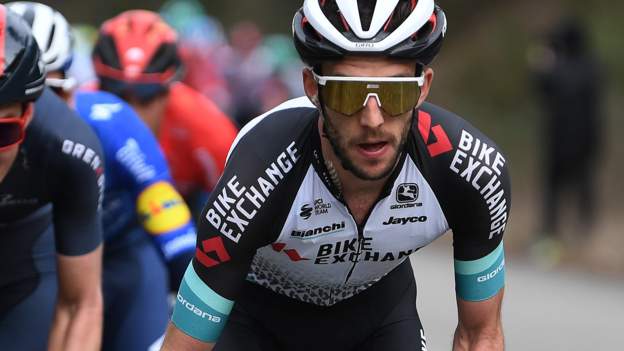 Simon Yates lost more than a minute to his rivals, including fellow Briton Geraint Thomas, on stage two of Tirreno-Adriatico.

Last year’s winner Yates (Team Bike Exchange) was part of a breakaway but lost time late on as Ineos Grenadiers’ Thomas surged up the final climb.

But the Welshman was overhauled by faster finishers, as world road champion Julian Alaphilippe beat Mathieu van der Poel and Wout van Aert to the line.

At the end of the hilly 202km stage from Camaiore to Chiusdino, Alaphilippe (Deceuninck-Quick Step) stayed ahead of two of the most in-form riders in cycling in Van der Poel and Van Aert, who won Wednesday’s opening stage.

Thomas finished the stage in 13th but stays in contention for the general classification just 14 seconds behind Jumbo-Visma’s Van Aert, who keeps the leader’s blue jersey for Friday’s hilly 219km stage from Monticiano to Gualdo Tadino.

The highest placed Ineos rider is Pavel Sivakov, 11 seconds down on the overall leader, but both Thomas and 2019 Tour-winning team-mate Egan Bernal are expected to be protected for the overall win.

It was not immediately clear what happened to Yates, but his chances of retaining the title he won so strongly last year are now looking slim, with a one minute 34 second deficit to Van Aert overall.

Green jersey wearer Bennett took his 53rd career victory in style, powering to the front of the peloton and staying ahead of his rivals for several hundred metres – a rarity in bunch sprints.