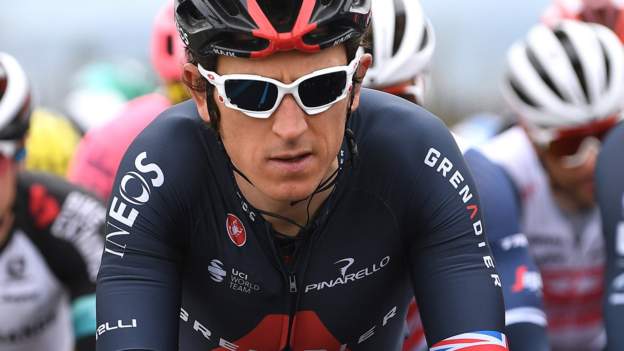 Geraint Thomas and his Ineos Grenadiers team-mate Egan Bernal lost time to their rivals after being held up by a crash during the third stage of the Tirreno-Adriatico.

Thomas and Bernal were delayed by a crash 3.2km from the end.

Thomas is now 28th overall, 39 seconds behind Van Aert, while Bernal is in 27th place, 38 seconds off the lead.

The highest placed Ineos rider is Pavel Sivakov, one place higher and one second quicker than Bernal.

Bernal is leading Ineos’ effort in Italy as he uses the race as preparation for the first Grand Tour of the season, the Giro d’Italia, which starts in May.

After Friday’s stage, Ineos tweeted: “It was a great effort from the team to help limit the losses, with Egan dropping just 18 seconds after a spirited chase back. Still a long way to go.”

Saturday’s fourth stage will be the first in the mountains of the seven-stage race.