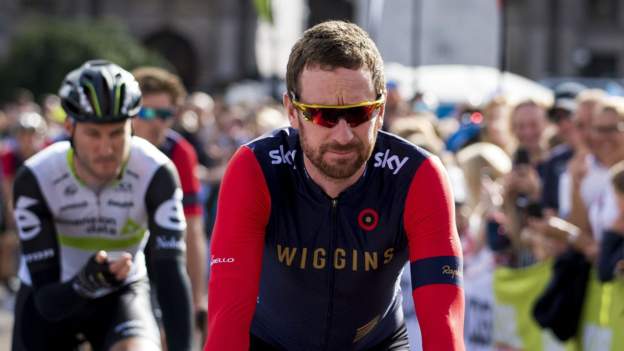 Sir Bradley Wiggins wants a new inquiry into why banned testosterone was ordered in 2011 by ex-British Cycling and Team Sky doctor Richard Freeman.

A medical tribunal ruled Freeman ordered Testogel “knowing or believing” it was to help dope an unnamed rider to “improve their athletic performance”.

Ex-Team Sky rider Wiggins questioned the findings, adding no rider would be “stupid enough” to take it.

“You’d get caught the amount of times you were tested,” said Wiggins, 40.

The Tour de France winner and five-time Olympic gold medallist, speaking on his Eurosport podcast, added: “I don’t know anyone in their right mind who would use that [Testogel] for doping in that period.

“I don’t think for one minute they were for any rider. That wasn’t the type of system that was run. Of course, that leaves this cloud.”

Freeman had previously admitted 18 of 22 charges against him but denied the central charge about the purpose of the Testogel order.

During the tribunal, which has lasted for more than two years, Freeman said he was bullied into ordering the drug by former British Cycling and Team Sky performance director Shane Sutton to treat his erectile dysfunction.

Sutton denied those claims, and claimed Freeman was lying. The tribunal ruled Freeman’s claims were an “elaborate falsehood”.

The tribunal found Freeman’s actions were “incapable of innocent explanation”.

In a subsequent interview with the Mail on Sunday, Freeman said he was “shocked” at the verdict, adding: “I have never doped a rider in my life.”

The hearing will resume on Wednesday, when the tribunal will consider if Freeman’s “fitness to practise is impaired”.

Retired Wiggins said there needs to be a further investigation to establish why the products were ordered.

“It’s left it with no actual conclusion. It’s guilty of a charge with a sidepiece: ‘maybe to dope a rider’.

“Well, I don’t think so, to be honest. But that’s the way it looks and I understand that. But rather than just leave it at that, can we just get to the bottom of it? There should be another investigation and I think that’s probably the best way to do it.”