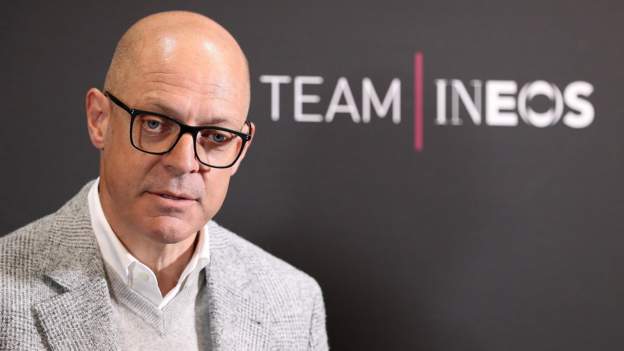 Freeman was recently found guilty of ordering banned testosterone in 2011 while he was chief doctor for British Cycling and Team Sky.

Brailsford, who worked for both at the time, has come under scrutiny.

“Unless something came up I was shocked by, he’ll continue to have my full support,” said Ratcliffe.

Former shadow sports minister Clive Efford has called for Brailsford to be suspended, pending an investigation. However, former Team Sky technical director Shane Sutton – for whom Freeman insisted he acquired the drug in order to treat a medical condition, something Sutton denied – said neither he nor Brailsford knew about the testosterone.

Brailsford has yet to comment on the Freeman verdict and there has been no suggestion of wrongdoing by him.

“Your antenna starts pinging if you’re uncomfortable about something,” Ratcliffe told The Daily Telegraph. “My antenna doesn’t start pinging away when I’m chatting today to Dave. Quite the opposite.

“I like Dave. I think he’s accomplished a lot. He is a workaholic. I mean, he is present at the races for 220 days a year in his caravan, you know?

“I mean, that’s utter dedication. To the detriment of his own health and family life. So that’s the side of Dave I see.”