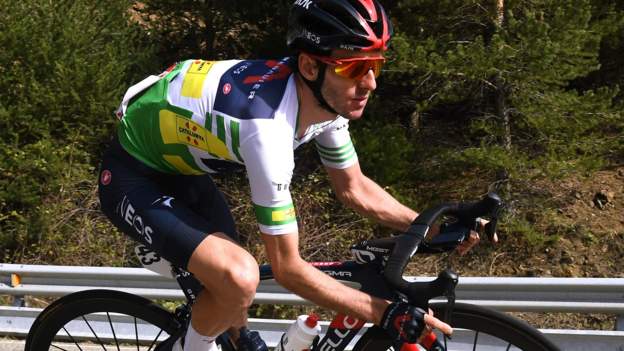 Ineos now make up the top three overall with 28-year-old Yates leading Richie Porte by 45 seconds and Thomas by 49.

Hayter, 22, out-sprinted his rivals in the charge for the line, screaming with joy as crossed it, after a difficult stage with several big climbs.

Four-time Tour de France winner Chris Froome was dropped by the peloton with 50km still to ride. The Israel Start Up Nation rider is now more than 30 minutes down overall after a disappointing race so far.

Grace Brown of Team Bike Exchange won the women’s Brugge-De Panne one day classic in Belgium, crossing the line seven seconds ahead of a chasing group which included Britain’s Alice Barnes of Canyon-Sram.