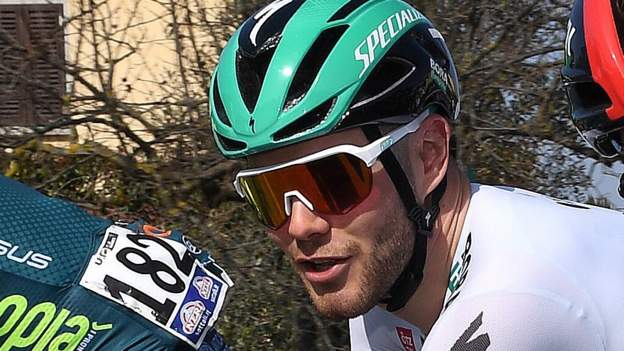 Walls, 22, was due to take part in the one-day race in Belgium alongside Ineos Grenadiers’ Tom Pidcock.

The race also has a line-up including two of cycling’s best riders in Wout van Aert of Jumbo-Visma and Mathieu van der Poel of Alpecin-Fenix.

“The team is not allowed to take part in today’s race,” said a statement.

“Several PCR tests were carried out on all other team members yesterday, all of which were negative,” the team added. “Despite this, according to the instructions of the Belgian Cycling Federation, the team is not allowed to take part.”

The second stage will also take place in the Basque country.

This year’s race will begin in Brittany on 26 June after the grand depart in Copenhagen was pushed back to 2022 because of the pandemic.