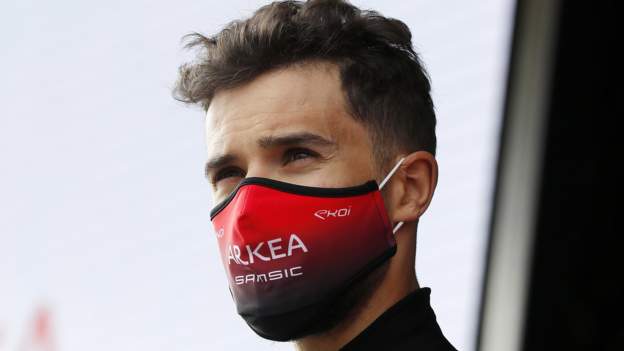 Nacer Bouhanni has withdrawn from Scheldeprijs after receiving racist abuse on social media following an incident in a previous race.

Bouhanni was disqualified for dangerous conduct at the Cholet-Pays de la Loire after pushing Britain’s Jake Stewart into the barriers on the final sprint.

He apologised but later received “hundreds” of abusive messages.

His Arkea-Samsic team said Bouhanni was “not in the condition” to lead them at the one-day race Scheldeprijs in Belgium on Wednesday.

Bouhanni posted screenshots of the abuse he received, which included reference to his Maghreb heritage.

He told L’Equipe he had been subject to racist abuse for the past 25 years and was struggling to deal with the latest wave.

He said he would file a complaint with French police.

Stewart called the abuse “absolutely deplorable”, writing on Twitter that he “stood united” with Bouhanni.

“However serious the fault of the French rider, nothing justifies the insults he has been subject to,” a UCI statement read.