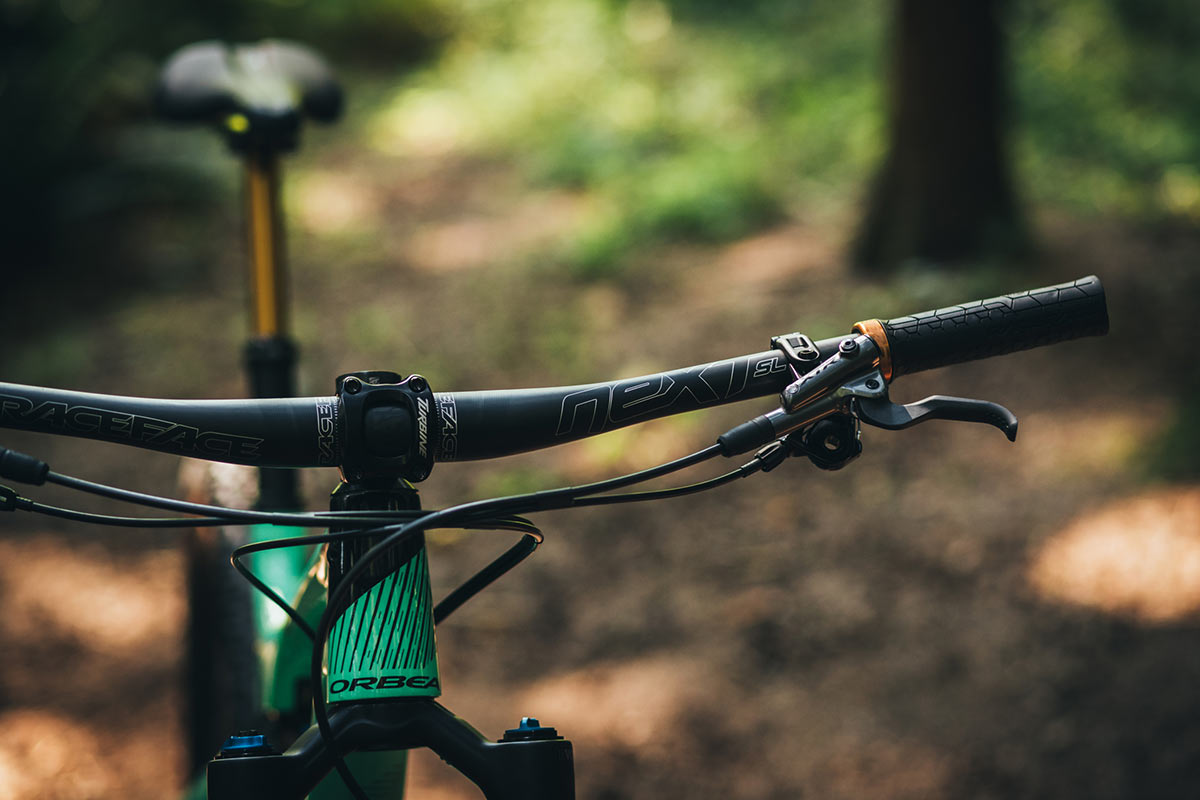 That, and it’s incredibly lightweight.

Next SL carbon handlebar flex: do you need it?

Given that your mountain bike likely has a suspension fork on it, as well as a cushiony tire (and maybe a tube?), and you likely have an arm or two that bend somewhere in the middle, do you really need a handlebar that flexes?

The Next SL carbon handlebar might deliver more noticeable benefits to XC racers who run shorter, firmer suspension setups. But anytime we can reduce vibration and micro impacts, we reduce arm fatigue. It’s just that you may notice it less the longer your fork’s travel gets.

Race Face isn’t saying exactly how much flex you get, though. That’s proprietary. But company reps did say that the Next SL handlebar is less stiff than the Next 760mm handlebar, which is generally considered pretty darn stiff.

The new Next SL bar has a 35mm clamp diameter, 740mm width, 8 degrees of backsweep, and 10mm rise…a fairly standard set of specs these days, which Race Face says were based on rider feedback.

What’s not so standard is getting a bar like this down to just 167g. Race Face says the bar is the lightest in the XC/Trail category, making the flex a pure bonus for weight weenies.

The handlebars were designed largely with XC riders in mind. So Race Face recommends installing these on a bike with 130-140mm of travel, though you could use them up to 150mm too. The max rider weight (with all your gear) is 266 pounds.

The Next SL carbon handlebar retails for $179.99. Race Face isn’t the first to make a flex bar, but as of now, they’re the lightest.