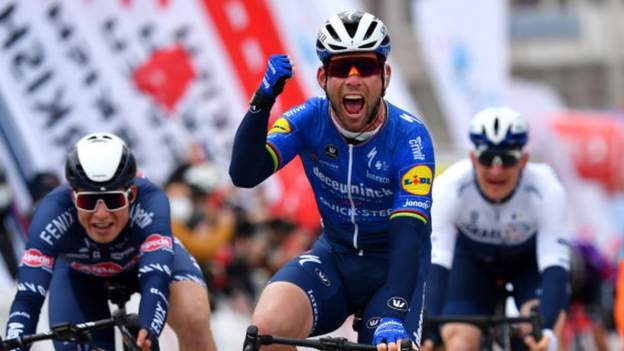 Mark Cavendish won his first race in three years with victory on stage two of the Tour of Turkey.

The Briton, back with Deceuninck-Quick Step six years after leaving the Belgian team, found a superb final 100m to edge Belgian Jasper Philipsen at the end of the 114.9km stage.

Cavendish, 35, celebrated as he crossed the line for a first win since the third stage of the Dubai Tour in 2018.

He was pondering retirement last season before a move to Deceuninck-Quick Step.

Cavendish signed a one-year deal with the team and this win builds on his fourth-placed finish in stage one of the event.