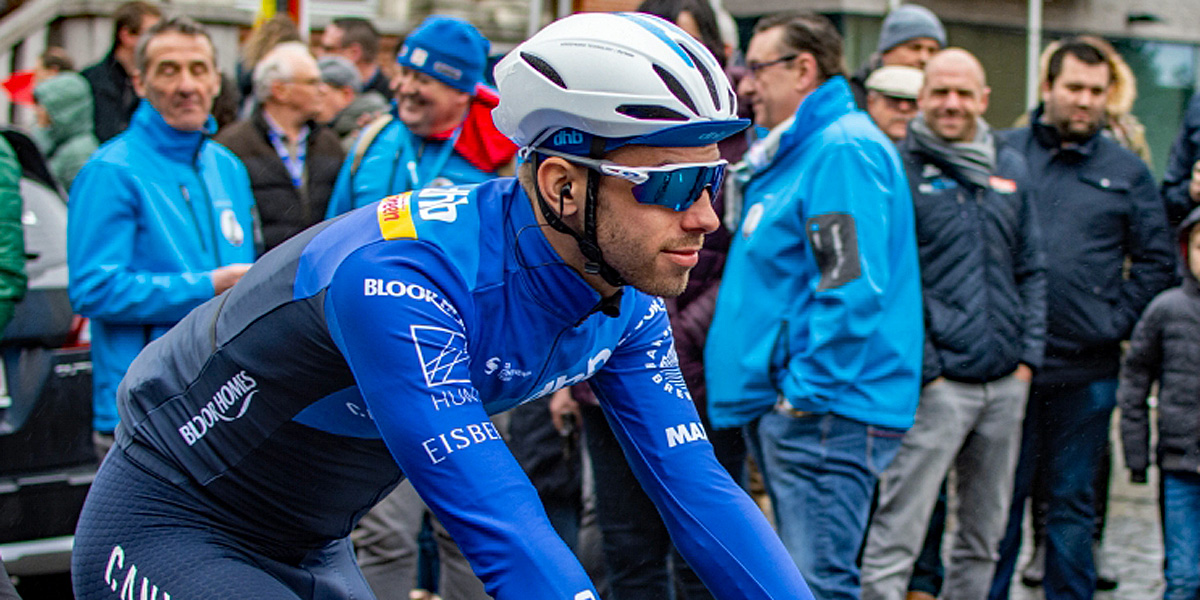 Rider Interview: Racing is not easy at the moment for any British based UCI Continental Team, the combination of Covid and Brexit have been a big problem. The Canyon dbh SunGod team has managed some trips abroad, Ed Hood caught up with Canyon rider Jake Scott to hear how 2021 has been going. 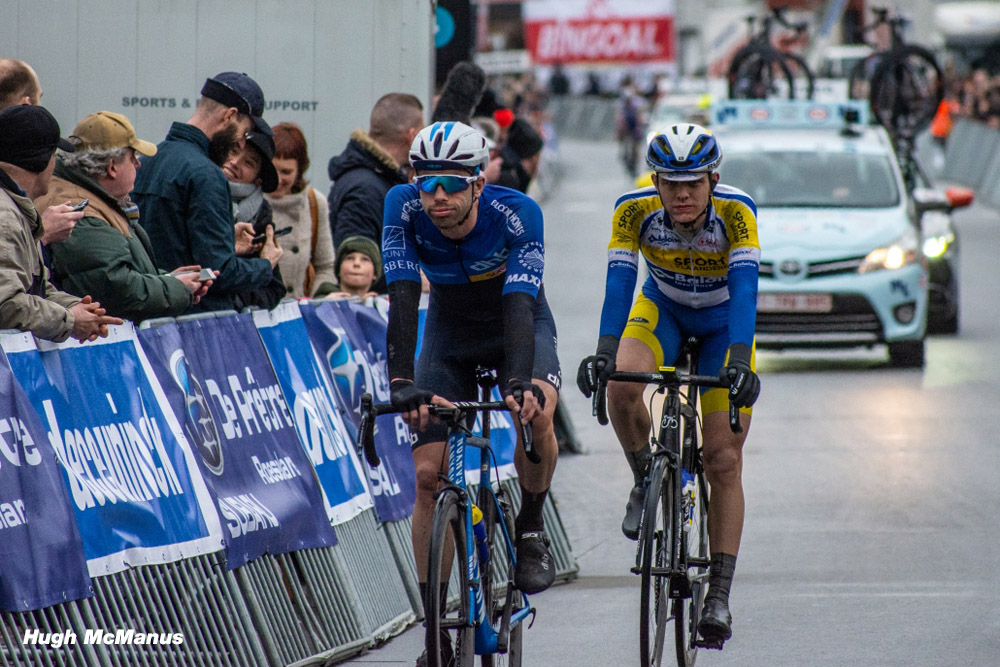 Mathieu Van Der Poel, Wout Van Aert, Julian Alaphilippe; all wonderful bike riders. But a start sheet lists more than the handful of super stars who make all the headlines, what about all those hard working pros who perhaps never make the headlines but without whom there would be no races?

We were perusing the finishing sheet for the GP Monseré and spotted in 22nd place, 25 year-old English pro, Jake Scott from English continental team Canyon dhb SunGod. It’s been six years since last I spoke to Jake but he’s still out there jousting with the best for not a heck of a lot of recognition. High times we caught up with him. . . 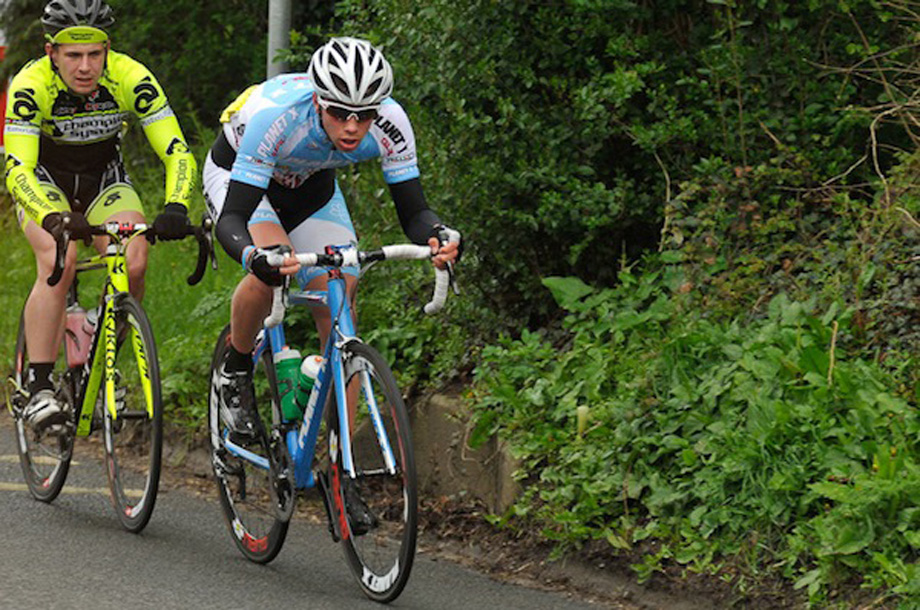 PEZ: Let’s start with season 2015 with the Belgian Illi Bikes team, tell us about that experience.
Jake Scott: My first full season in Belgium racing the National races was just what I needed to develop my career, I was fairly consistent all year which eventually accumulated in winning my last race of the season in Zandhoven. The whole year was an experience in which I learnt a lot about that aggressive racing style which suits me the most. 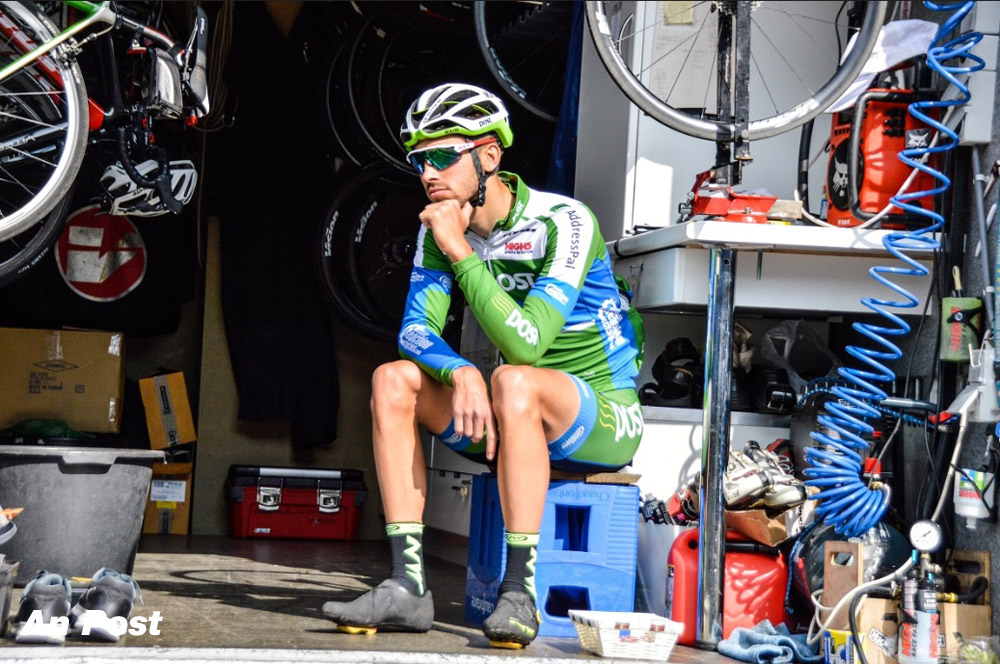 PEZ: Season 2016 and ‘cult’ Belgian continental team, An Post, how did you get the ride and what was the team like?
The ride came through a contact who had seen my results throughout 2015, I believe the win in Zandhoven helped also, but An Post was looking for a British rider to develop and after one phone call I joined An Post for 2016. The first year was an interesting one for me, the racing and training wasn’t an issue, however with a lot of older riders involved with more developed careers I realised that I needed to prove a point quickly.

PEZ: And a very strong race programme from the Étoile de Besseges through to the Olympia Tour.
Yes, Besseges is still very much something I look back on but didn’t think a great deal about at the time, or perhaps I didn’t take as much confidence as I should have from that. Some five years later and they still mention my riding well in the Étoile de Besseges every time I step on the podium for a team presentation of a French race. After that I went reasonably well through 2016, but didn’t continue with the same results as I started with in France. I rode three times with the GB National team that year and had a strong showing in my first Tour of Britain. The investment people showed in me in 2016 was one I still look back upon very fondly. 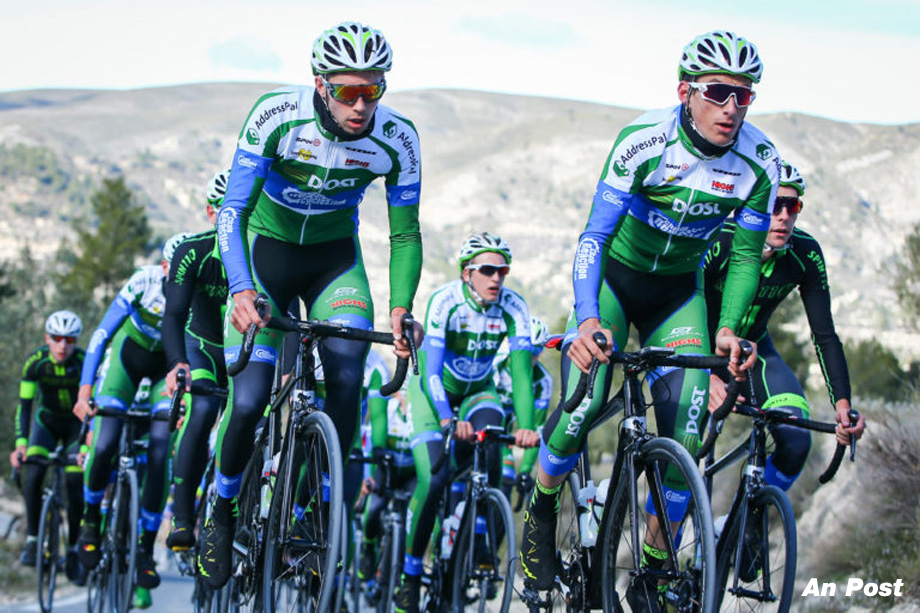 PEZ: And even better programme in 2017 with some nice rides; Ronde van Overijssel, Antwerpse Havenpijl, Schaal Schels.
Certainly, I think to date 2017 would be the year that sticks out in my mind in the sense of really living the ‘pro life’. I had a stacked UCI programme with three training camps, with one of those being an altitude camp. That platform definitely led to some good results in 2017 and one that I think developed my strength over the last years. 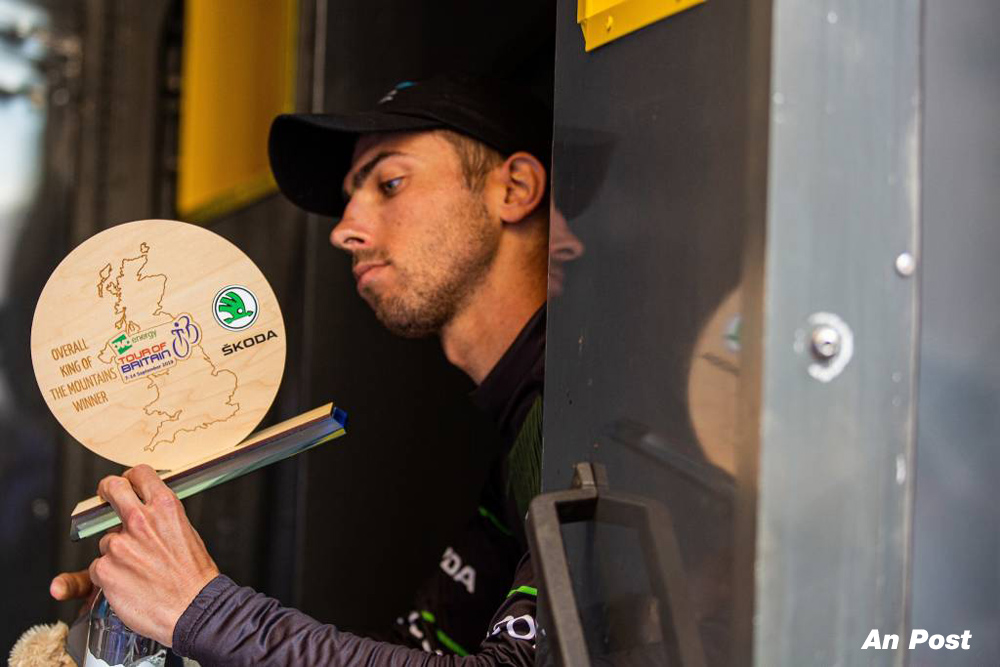 PEZ: It must have been a big disappointment when An Post folded at the end of 2017?
Yes, It’s something that I look back on as a very difficult end to the year, I had a few contract offers to choose from, however I feel there was a three year plan at AnPost for me, and obviously I only served two of those. Season 2017 was a very different period in a sense of moving up to the top tiers of the sport, with my showing at Tour of Britain and other previous races it was thought I would get a chance at Pro Continental level, but I was still classed as a developing younger rider. 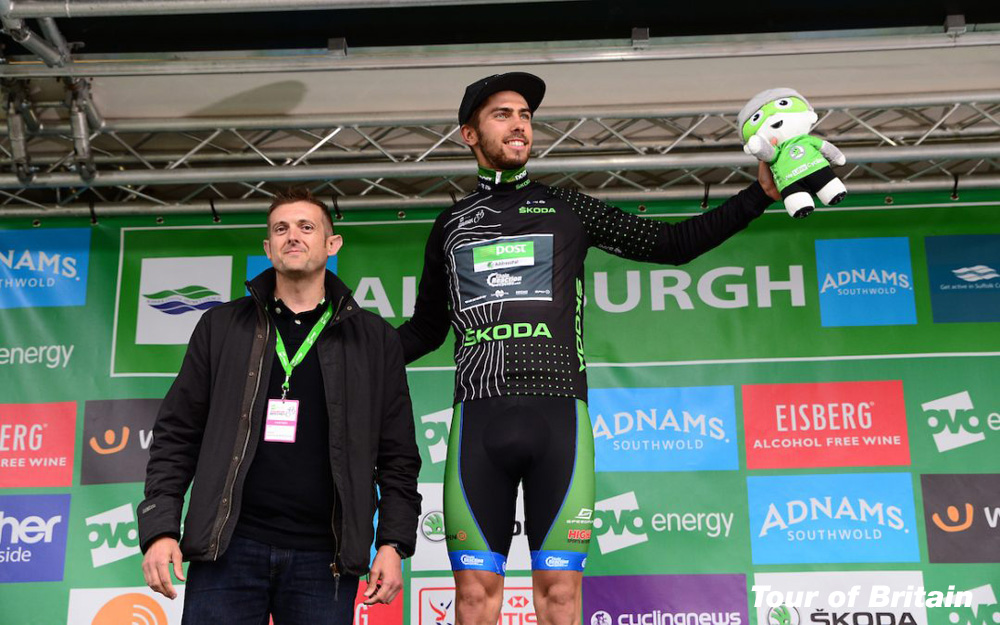 PEZ: Season 2018 and the One Pro team, tell us about that experience.
I joined One Pro with the view of the team developing and achieving Pro Continental status in 2019; it was nice to be back in a British team, and there were certainly some good experiences there. There were some solid opportunities with One Pro, however I had a lot of illness in 2018 where I had three lots of antibiotics in seven months which meant my personal performances weren’t the best and I never really found form. After the team announced it was folding I took my bike and went to race the pro kermis scene in Belgium and took the pressure off myself. I invested in myself to see some specialists at the end of the season and they suggested I had my tonsils removed to stop my recurring problems. Strangely, I haven’t had antibiotics since. 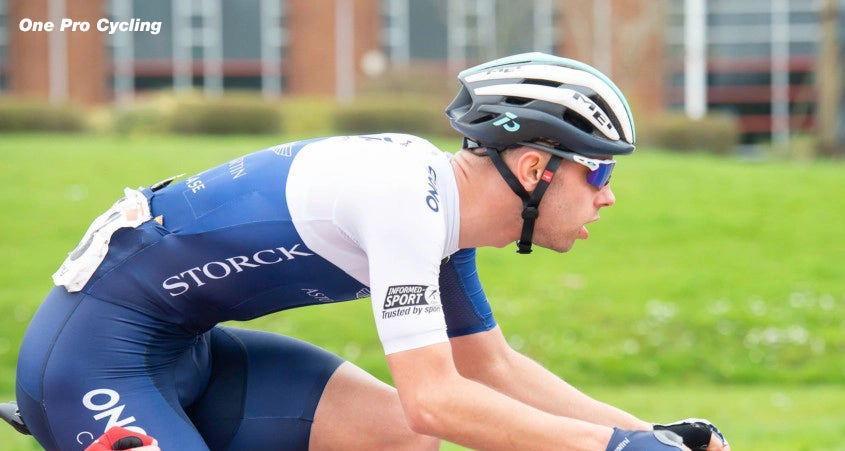 PEZ: Swift – Carbon for 2019, what was that team like?
Having two teams fold on you in two years really teaches you a lot about cycling in general, however at the end of 2018, it seemed to happen to so many riders. I was still in Belgium and a friend messaged and said this Swift team seems to be going continental next year? After discussing things with them I got bikes and equipment to race in 2019. That still left the fact of needing some money to pay the bills I did have, so I decided to go get a job working Monday, Tuesday, Thursday and Friday In the local bike shop. The stage races we did as a team broke everything up nicely, and I enjoyed my year with the team. It really taught me that if I got my training right that to compete with full time bike riders was still possible. I think from this year I really started to believe I actually had something and a drive that not many others find. 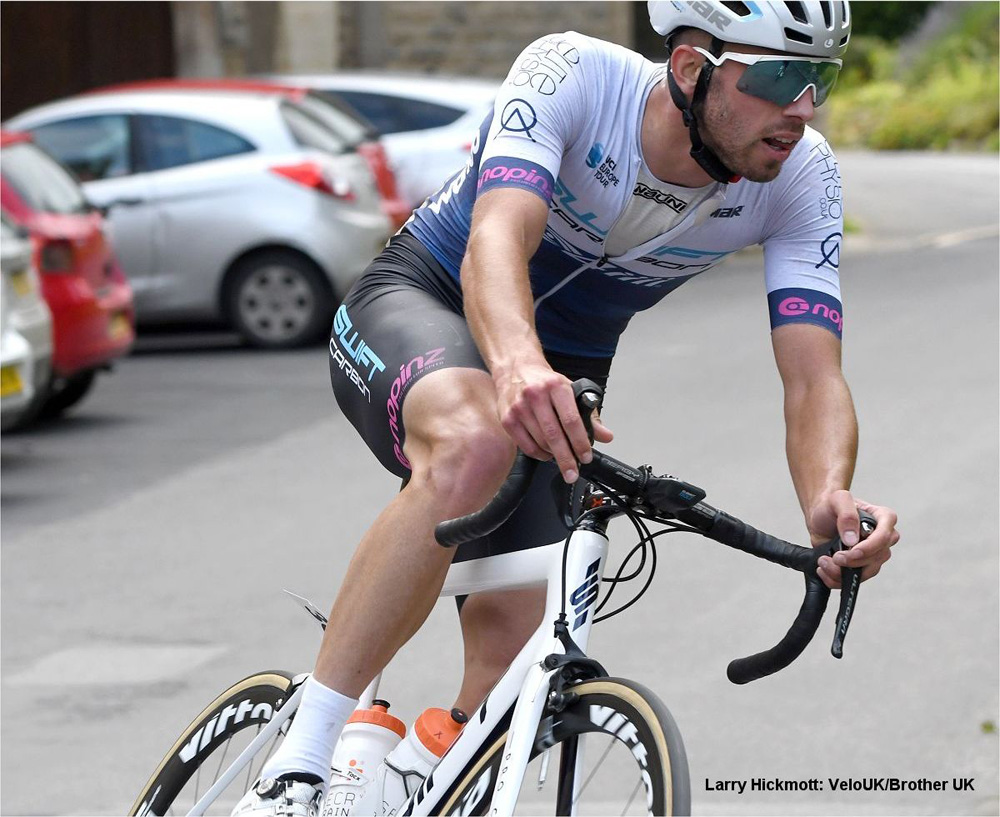 PEZ: That season saw you as King of the Mountains in the Tour of Britain that year, a nice performance.
Yes, going into the race I already saw myself winning that jersey, it was very much a ‘I’m going to do what I should have done two years ago,’ but this time I’m not losing it by a solitary point on the last day of the race. After eight days in the jersey I stood on the podium in Manchester thinking ‘well, I’ve ticked that box’ and riding for a team with the smallest budget in the race after working all year added an extra joy to that.

PEZ: You joined Canyon last year and there was a big early win for the team with Max Stedman in Tour of Antalya, that must have been nice to be part of?
Back when things were much easier and we could travel freely, yes Turkey was an interesting one.
I personally don’t feel stress in races anymore compared to when I was younger, I remember sitting on the beach on a sun bed the day before the race started just thinking; ‘well, this is lovely.’ I felt strong but rusty in the first days and wasted a lot of energy early on which put me out of any personal GC ambitions but my focus was very much on hard racing and the early season semi-classics in March. When Max took the Yellow jersey after Stage Three I knew it was going to be an interesting battle on the last day with the race so close. Everyone had a job to do and we did it perfectly to help bring Max home safely and in the lead. I feel the confidence that brought to us all as a team would have shone through all season had it being a normal year. 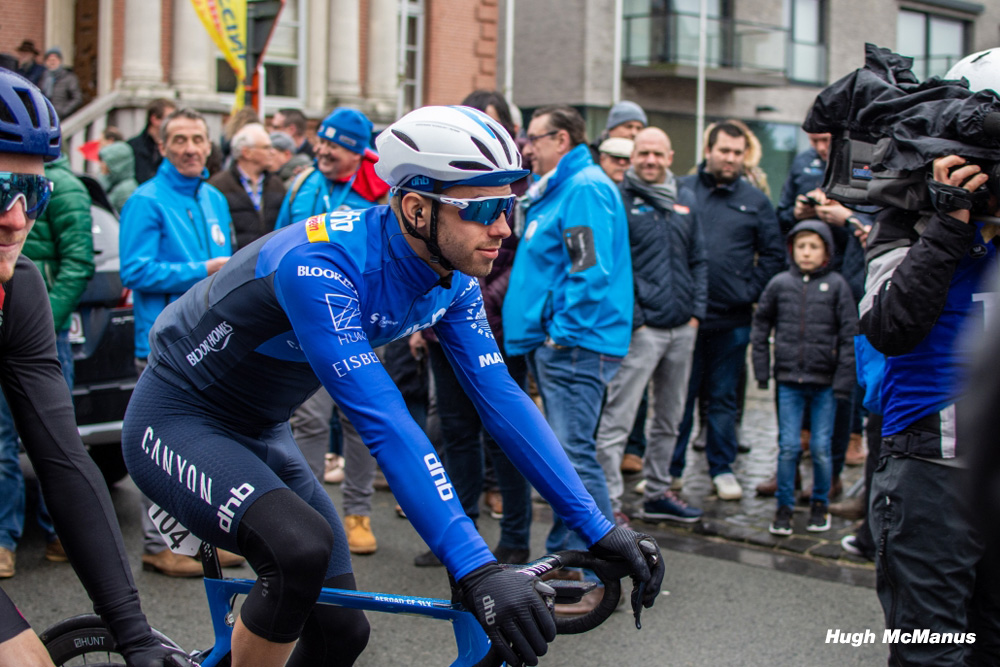 PEZ: Canyon again, this year – where are you based and are there many changes to the set up?
Yes, it was an easy decision for me to stay with Canyon for this year. The manager, Tim Elverson has a drive to race and win, and it didn’t sit well with him that we couldn’t race as much as we had planned at the back end of 2020. I know the research that’s gone in to preparing for 2021 in these uncertain times, and I know that everyone at Canyon dhb SunGod is appreciative of the work the team has done to allow us to compete in the opening races of the season and start the season right. Other than that we’ve had a list of new riders for this season, which is odd to say as I didn’t get to see everyone last year. However the major change is that I’ve gone from a younger rider to an older one at the tender age of 25. I’m based in Holmfirth, West Yorkshire, and it’s being a very different build up to the start of the season than last year, however I’ve got it right and I’m looking forward to what comes next. 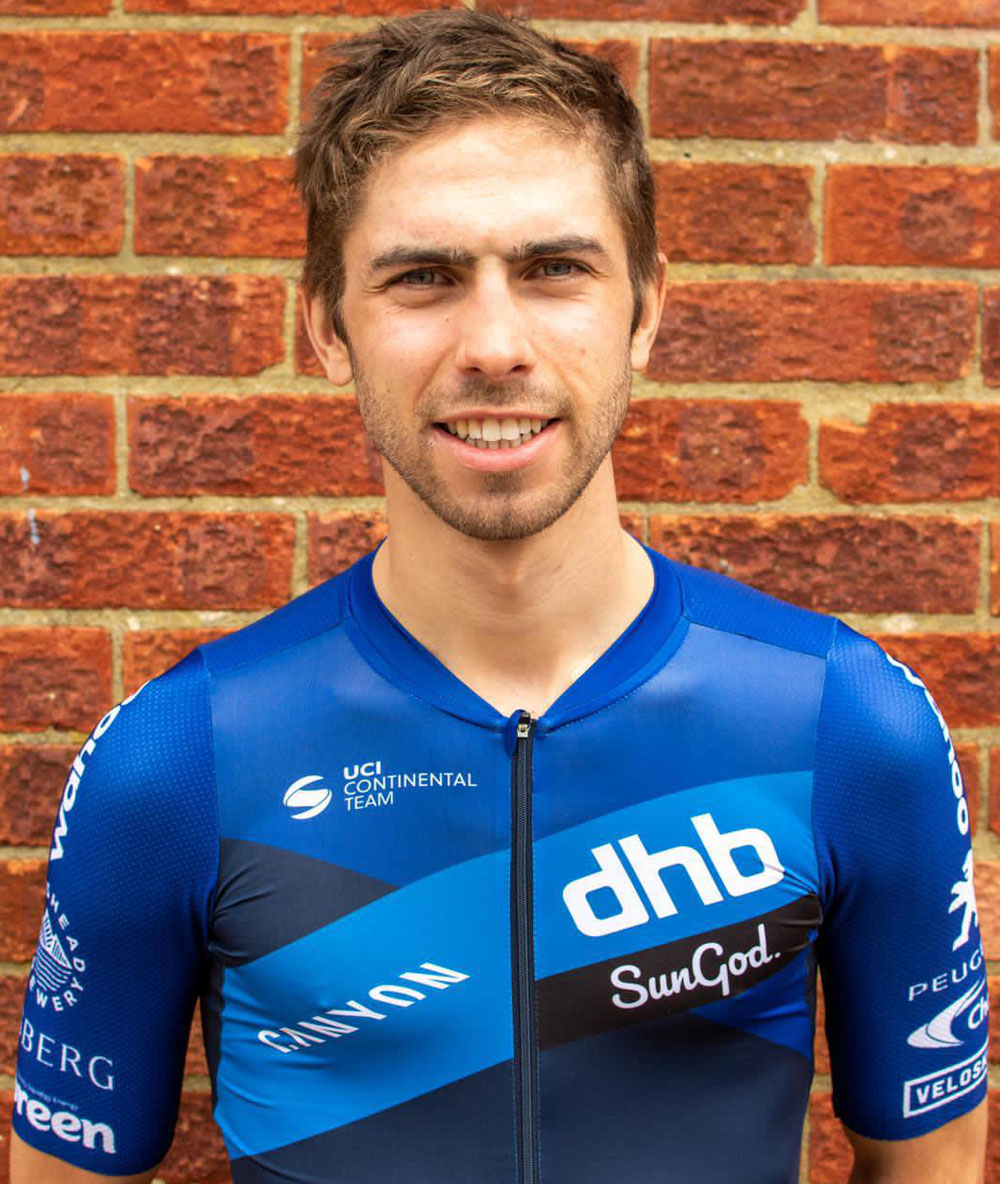 PEZ: Who coaches you?
Me myself and I; since the back end of 2018 I’ve taken full control and I’d say it’s the best decision and smartest one I’ve made, of course it sometimes comes with questions from myself, but the management at Swift or Canyon never questioned it and neither does anyone in my support bubble. It does seem to shock a lot of people however and they ask why, but there’s a few simple reasons for that. One of the first reasons was cost as 2019 was completed on a budget. However I also realised that I had no one to blame if I did so, I like that pressure of knowing that a great deal of excuses stop with me. I think that entering my third consecutive year of self-coaching and doing so through the roughness and uncertainty of 2020, to then come back feeling energised and strong in 2021 stops any personal thoughts about currently needing a coach throughout this season, and has given me a mentally positive start to 2021. 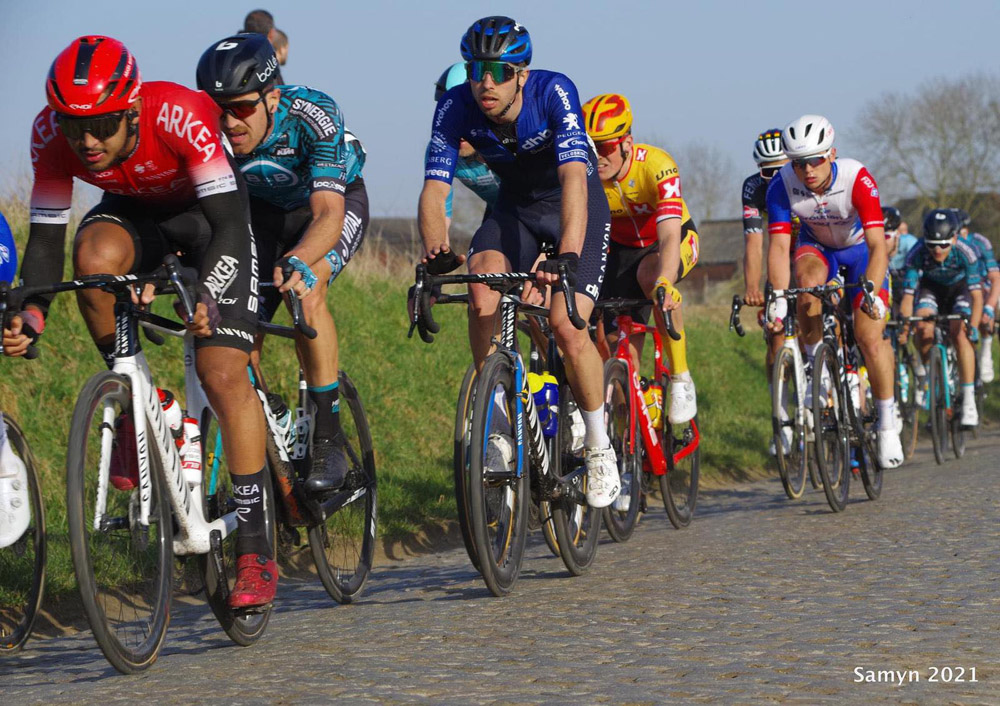 PEZ: You were just outside the top 20 in the GP Monseré recently, tell us about that race.
We had planned for me to be the middle man in the lead out, I do a good job of positioning, and it was decided that I’d get as close to the last kilometre as I could. However with the nerves of the race and several crashes from the team I had worked out that I needed to freelance a bit in the last laps, an opportunity arose with a move a lap to go, and while the peloton was panicked, a number of riders from the big teams were still rather fresh. When the bunch caught us though I had realised that we had done a very good job of breaking up the main teams lead out trains. Arriving back in the peloton I turned my attention to Matthew Bostock as he was positioned well and one of our sprinters, however in the last kilometre we got separated and I had reasonable positioning exiting the round about which is a major compression point in that race, unfortunately my legs weren’t fresh for a sprint so I decided to just sit down and push to the line just in case I was the best positioned rider. 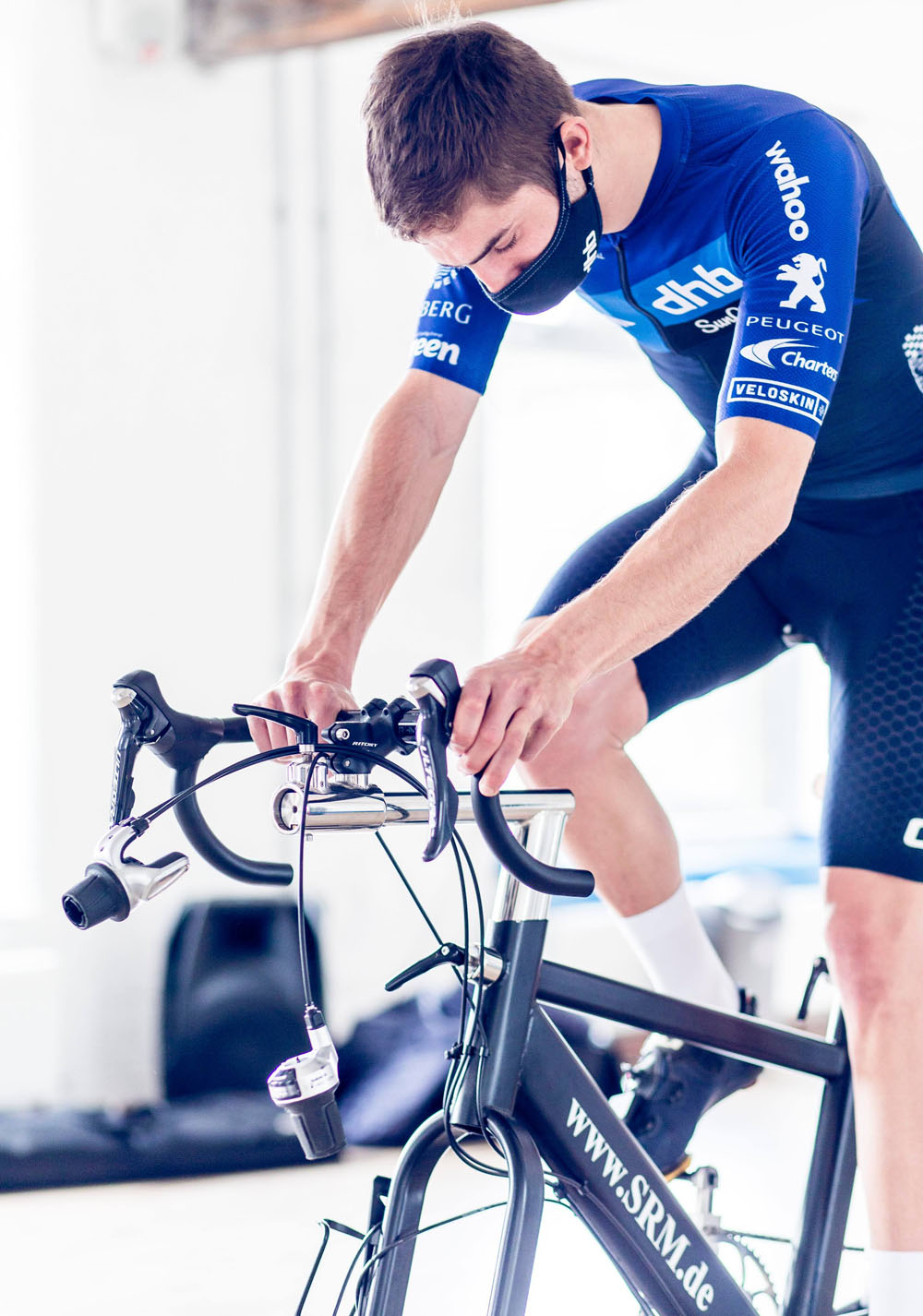 PEZ: How’s the programme looking now?
It’s still to be 100% confirmed with all the postponements and cancelations. However, I think after we couldn’t race at the end of 2020, race organisers were unsure if it would be the same situation in 2021. But I feel that as a GB continental team we’ve certainly put our foot in the door and made our point; which I hope will help expand our calendar and also help British male and female teams get rides.