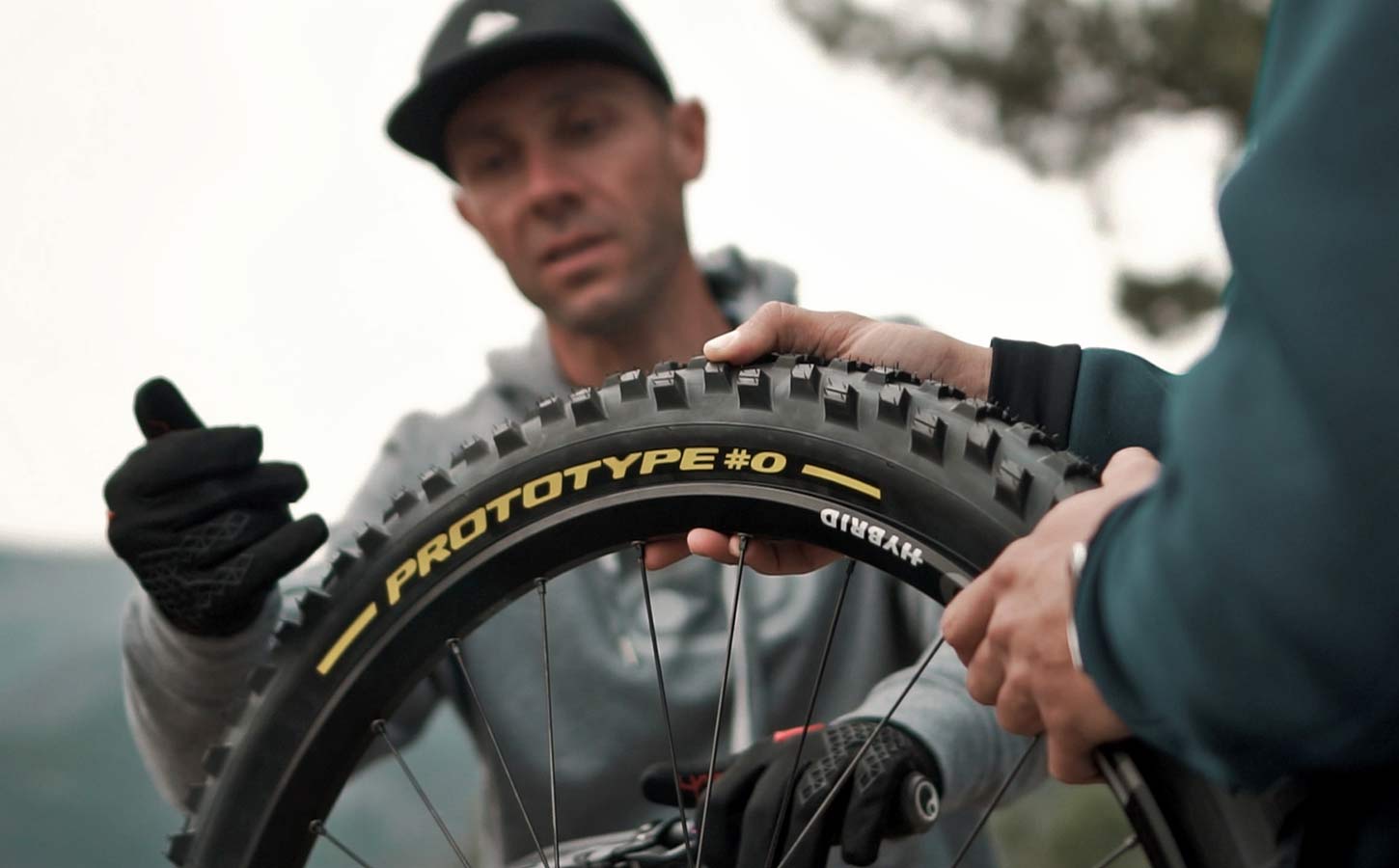 Working with downhill MTB legend Fabien Barel, Pirelli is set to release their next level of DH & EWS race-ready Scorpion Gravity Racing mountain bike tires. The prototype gravity tires are being thrashed down the mountain now, being tested on the EWS & DH World Cup race circuits before an imminent launch for consumers…

Last spring Pirelli filled out and reorganized their Scorpion mountain bike tire line-up, adapting the same basic family of five core off-road tread designs from lightweight, fast XC racing to technical enduro riding. At the time we asked about the gap at the wider 2.6″ end of the range for a proper DH race tire, and were told that something was in the works. Later, their midsummer eMTB tire debut hinted at more gravity-ready reinforced casings, where we were even able to pit them head-to-head vs. the venerable Minion DHR for gravity riding.

Pirelli says they’ve been working on the new Gravity Racing series of MTB tires for the past two years, since the start of the Scorpion family. Now “in the final stage of development” Pirelli’s development engineers have brought French mountain bike legend & 3x DH World Champ Fabien Barel on board to flesh out the last details & refinements of the gravity-focused tires. Besides guiding the final R&D work with Fabien, Pirelli says the tires are set to be raced in the 2021 EWS and DH World Cup series.

“DH has always been recognised as the most rigorous and demanding laboratory from the point of view of product stress. It is the perfect and definitive test bench, where tyres are pushed to the limit in all their aspects, from reliability to extreme grip. Parameters such as absorption and low rolling resistance should not be overlooked: these factors are increasingly crucial in the modern racing world, where the level of performance is so high and the differences between riders so small, that even the tiniest improvements in performance can take the world’s strongest pilots from an anonymous placing to victory.” – according to Pirelli

The prototypes being tested so far do appear to feature at least two or three different new gravity-specific tread designs with all-new sipe configurations. The tire labeled Prototype #0 could be a modified S soft design. While another unlabeled tire features more rectangular blocky shoulder knobs than any of the more shaped Scorpion shoulders, and a 2+3 block center tread that splits between soft & rear-specific designs

There’s no official word yet on when these might make it out to consumer availability. But based on several different tread designs already being testing in race-ready tires, we would anticipate Pirelli plans to use this EWS & DH WC race season to verify their rubber mixtures and internal reinforcement layers, with the hopes of debuting the new tires by the end of this summer.