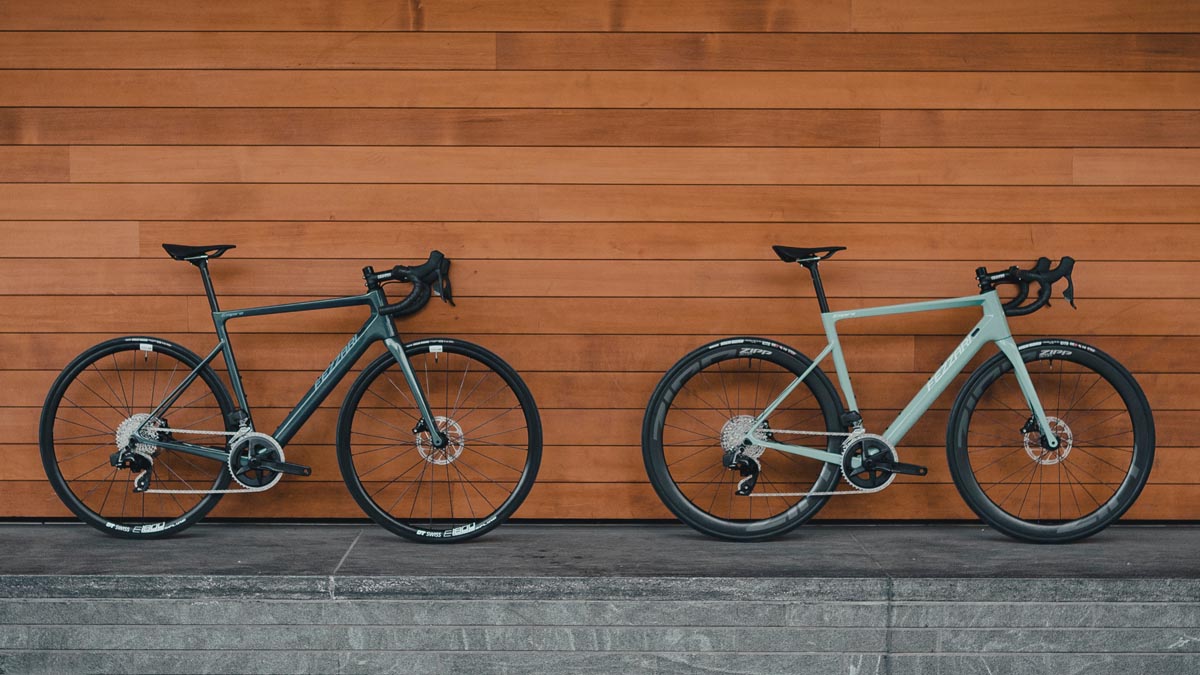 Apparently it’s new fork day in bicycle world. Shortly after getting the information on the new fork for the Otso Waheela C, we got the details on the Fezzari Empire. Which also gets a new fork. And that news coincides with the launch of Rival eTap AXS for a reason – the Empire gets new colors, and options for complete bikes with the new group.

Previously, the higher end builds of the Fezzari Empire already offered hidden brake housing. So what’s new? Well, thanks to a new fork design, now all Empire models get that sleek look thanks to the updated routing – without the need for special bars and stems. On the previous model, the housing entered the stem, and then had to be routed into the steerer, which made stem changes quite difficult.

Now, the brake hoses enter in through the upper headset, and are then routed through the steerer in the case of the front brake. From there, it exits right at the brake for a super clean routing. Also gone is the upper hole on the outside of the fork that went unused with the internal routing.

In the case that you buy one of the Empires without a wireless drivetrain, the new routing will also include provisions for shift housings to keep the look unfettered. Though, you’ll still have an unused (but closed off) port on the side of the downtube.

Offered in two carbon lay-up options, the Light and Super Light (SL) frames both include new colors. The SL versions will come in Black on Carbon and Lava Red, while the standard frames will include new Bonneville Blue, Emerald Lake Metallic, and Cactus Grey options.

Of course, there’s the new Rival eTap AXS option as well. Lowering the entry point to wireless electronic shifting for the Empire, the new Rival AXS complete build is priced at $3,199. You can even upgrade to Zipp 303S carbon wheels for another $1,000, for a total of $4,199.

Complete builds with a full carbon frame and Shimano Tiagra start at just $1,749 as well.