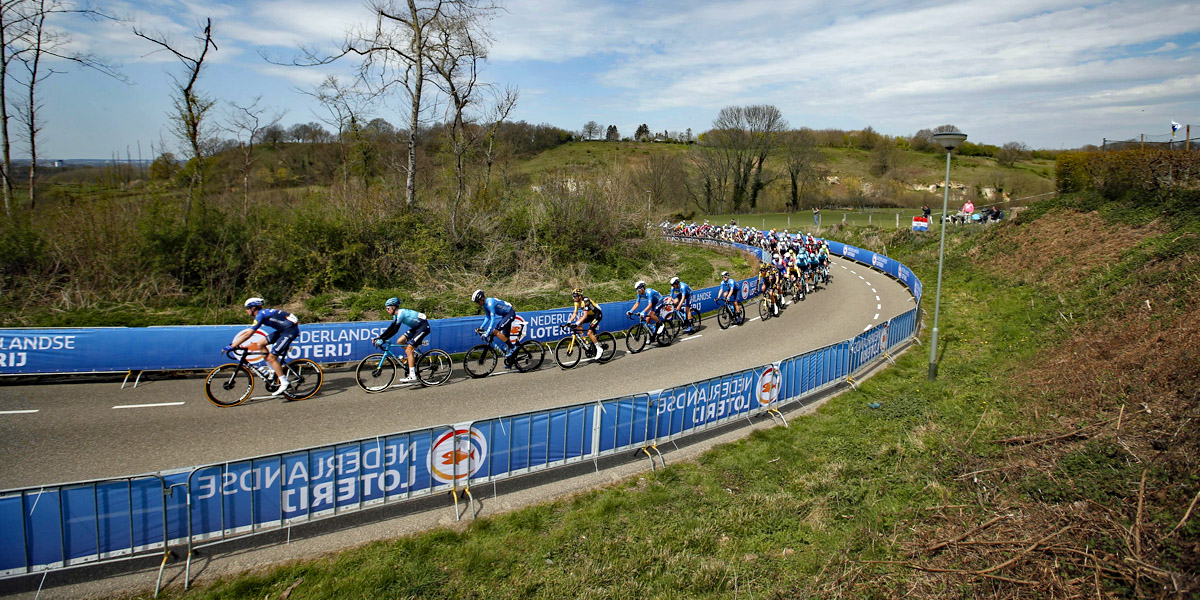 Race Breakdown: The Amstel Gold Race came down to the closest of finishes, but there was so much more to the Dutch Classic. Spencer Martin gives us his ‘Race Breakdown’ on one of the most exciting final half hour of racing this season… And that finish line decision. 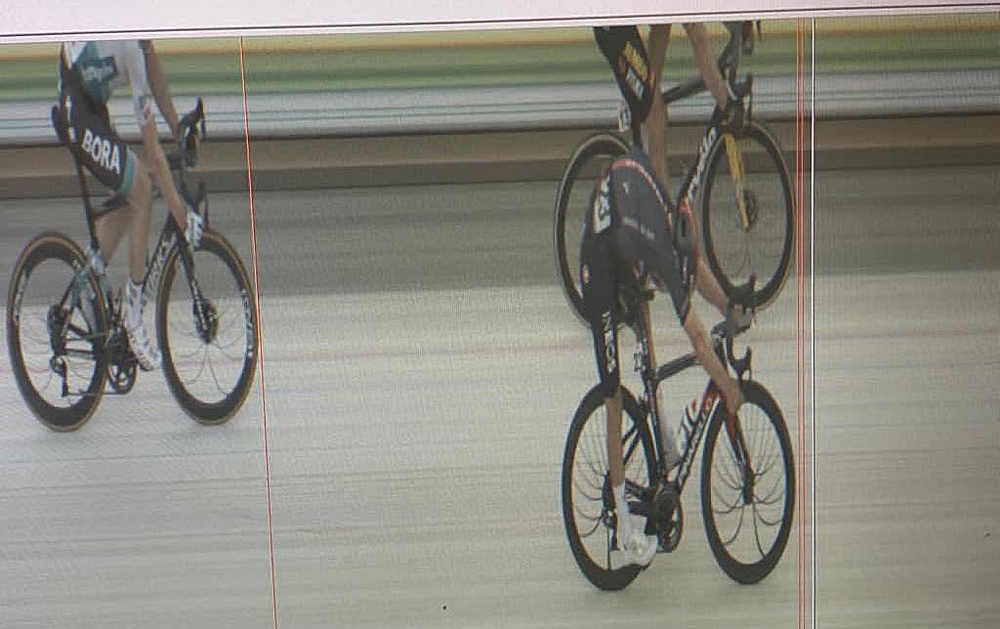 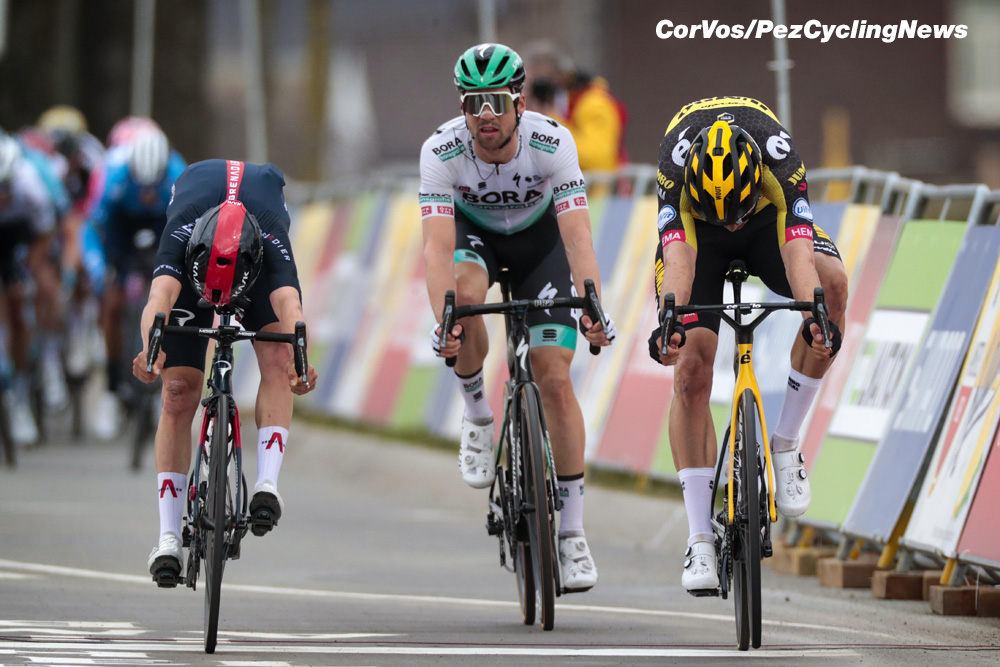 It looked to be deja-vu-all-over-again for Wout van Aert, but unlike Wednesday at De Brabantse Pijl, he was able to hold off a surging Tom Pidcock and fading Max Schachmann in a three-rider sprint to win Amstel Gold. The thrilling finish capped off a slow-burn race that took place over a 17-kilometer circuit, instead of the usual sprawling course. Things heated up when Van Aert attacked and split up the race the final time over the famous Cauberg climb with 18km-to-go. This move teased out an elite selection of riders, which was whittled down even further when Pidcock attacked 12km-to-go and brought Max Schachmann and Van Aert with him. 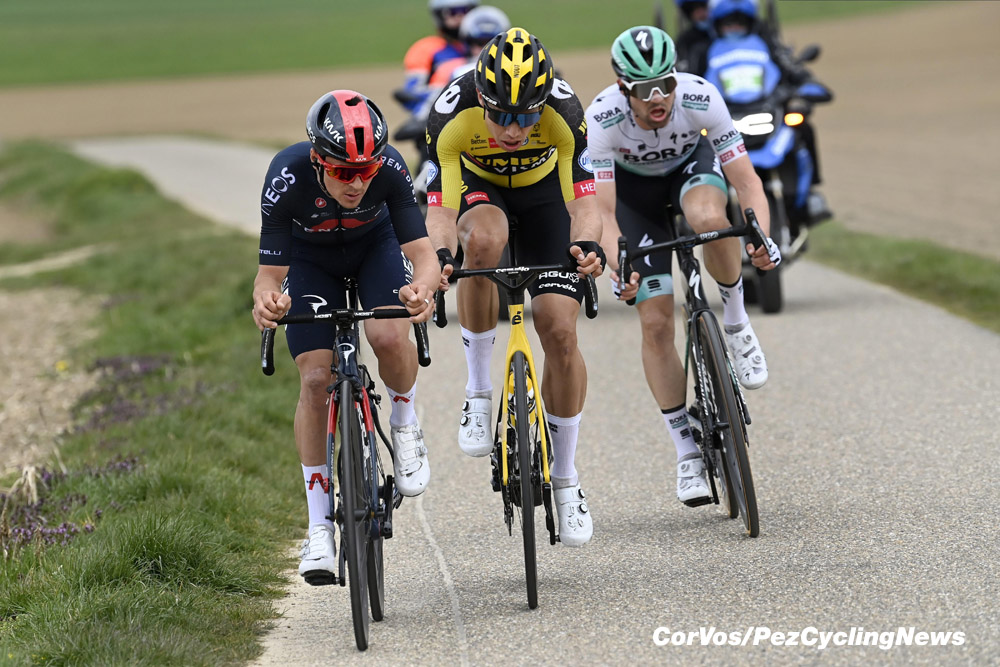 This acceleration ended up producing the winning move, despite the trio looking as though they could be mowed down by the chasing group inside the final few hundred meters. To avoid this fate, Van Aert opened up his sprint early after being forced to the front by the savvier Pidcock, who came around with a late surge and appeared to have the race won on the line. But after an unusually long and strange period of purgatory, the photo-finish was finally revealed, which revealed Van Aert taking the win by less than a tire’s width to end his Jumbo team’s 20-year winless drought at the race. 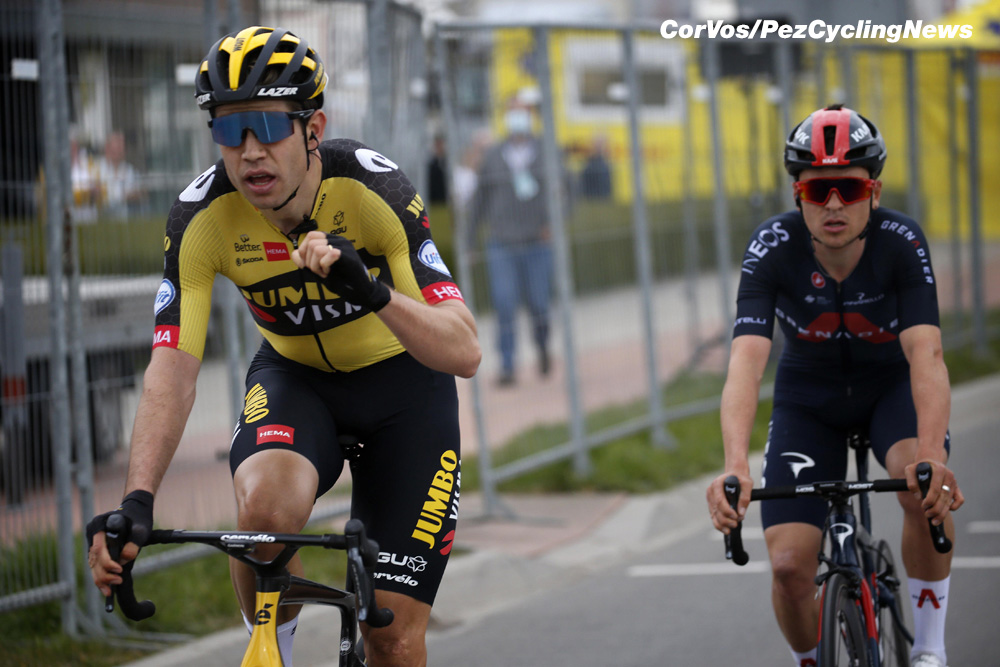 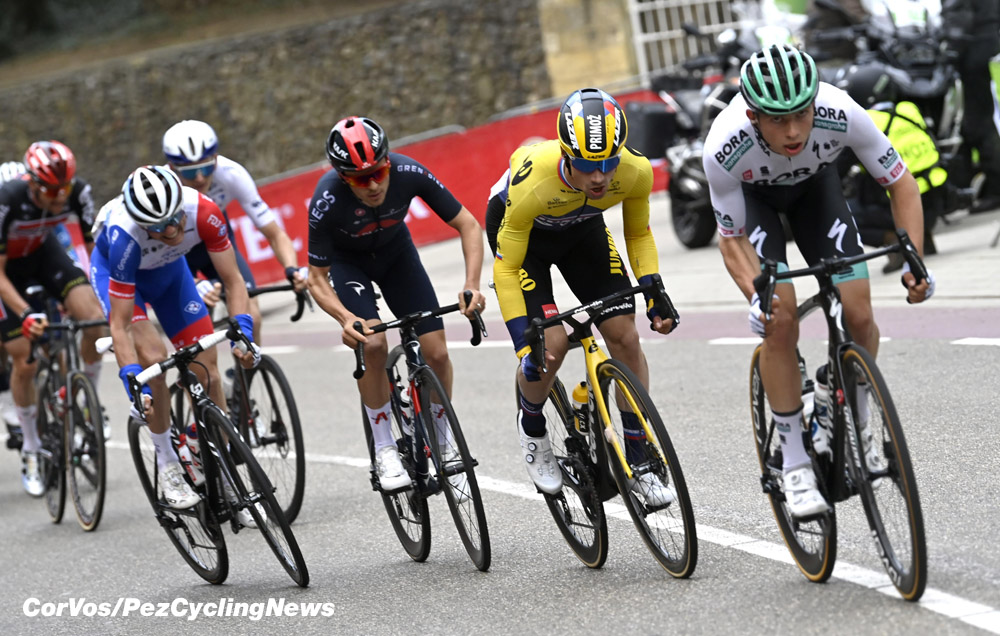 No sitting in and waiting for the final climb 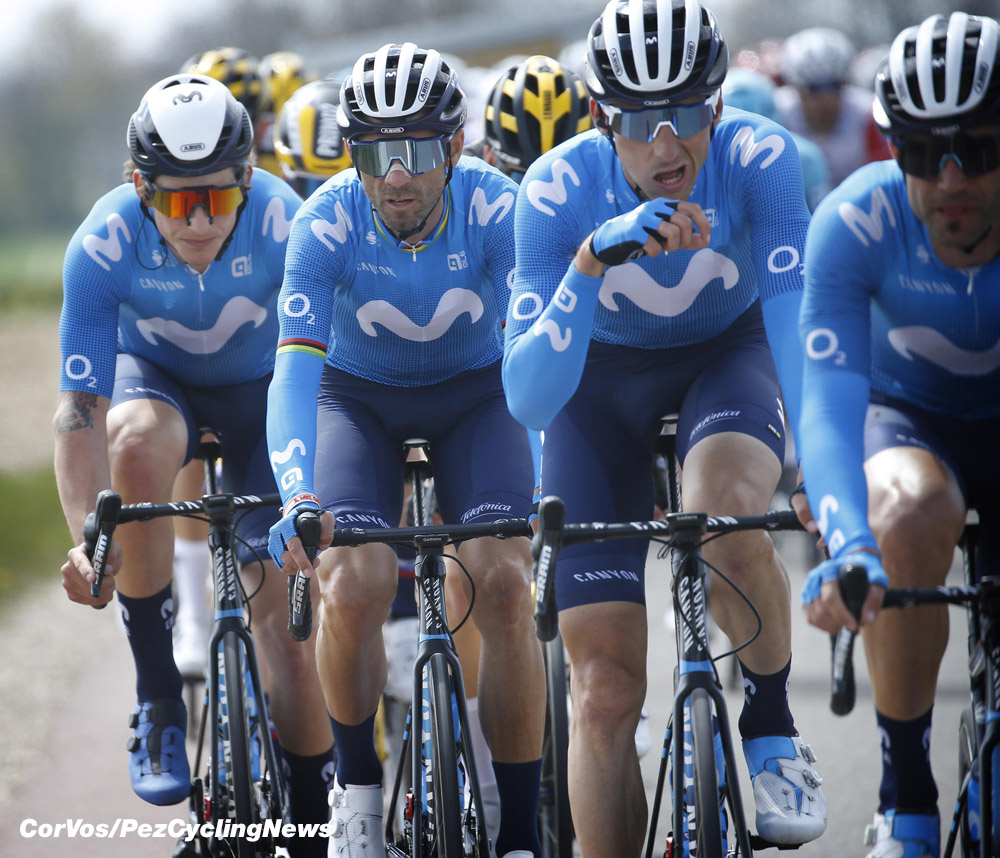 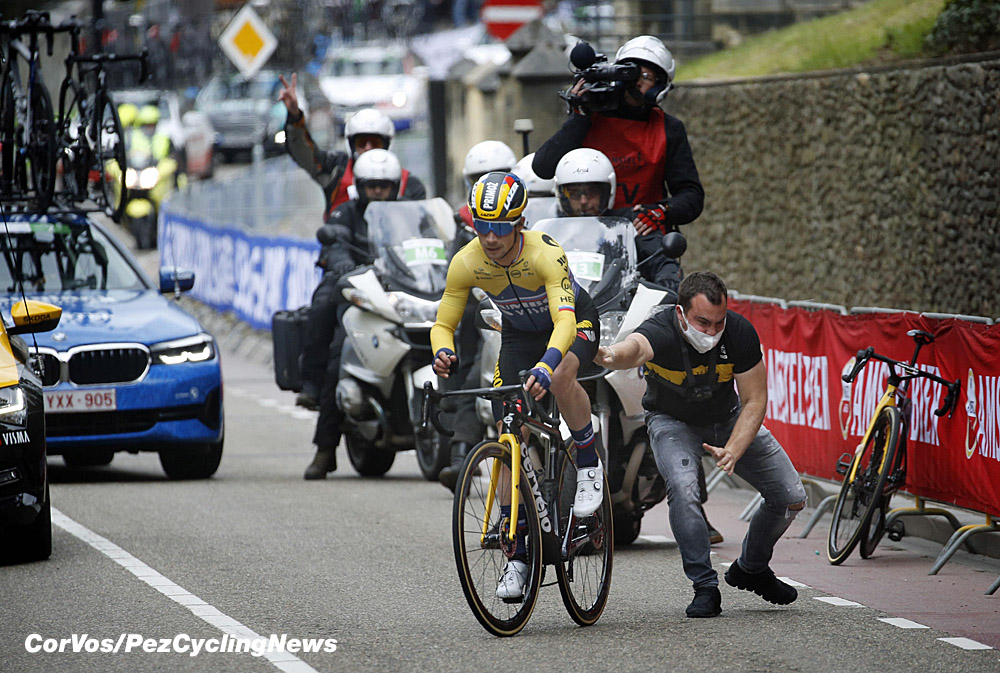 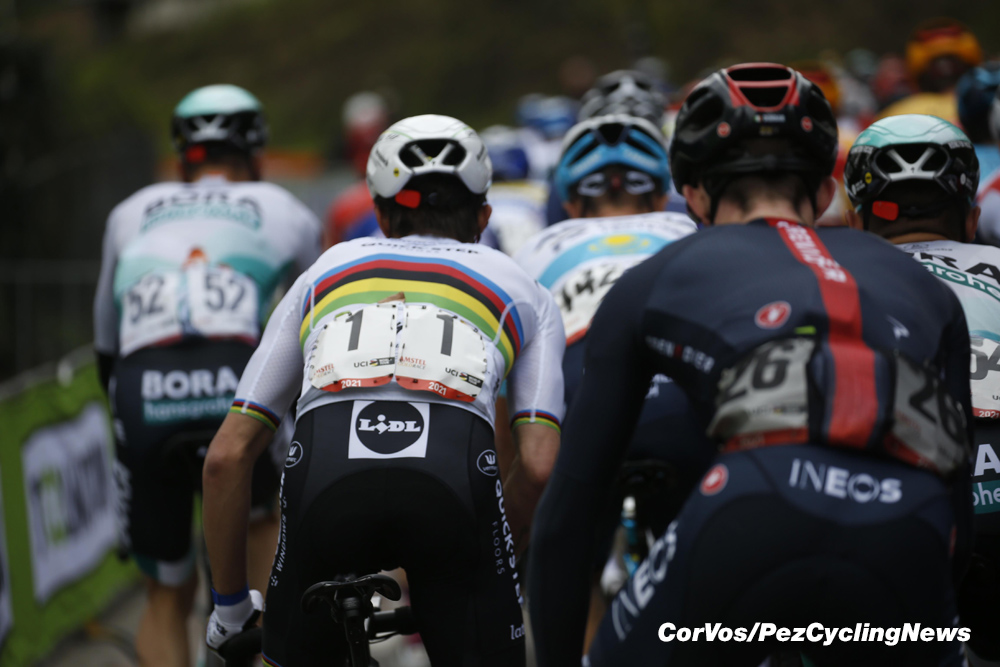 The World champ, Alaphilippe not 100% 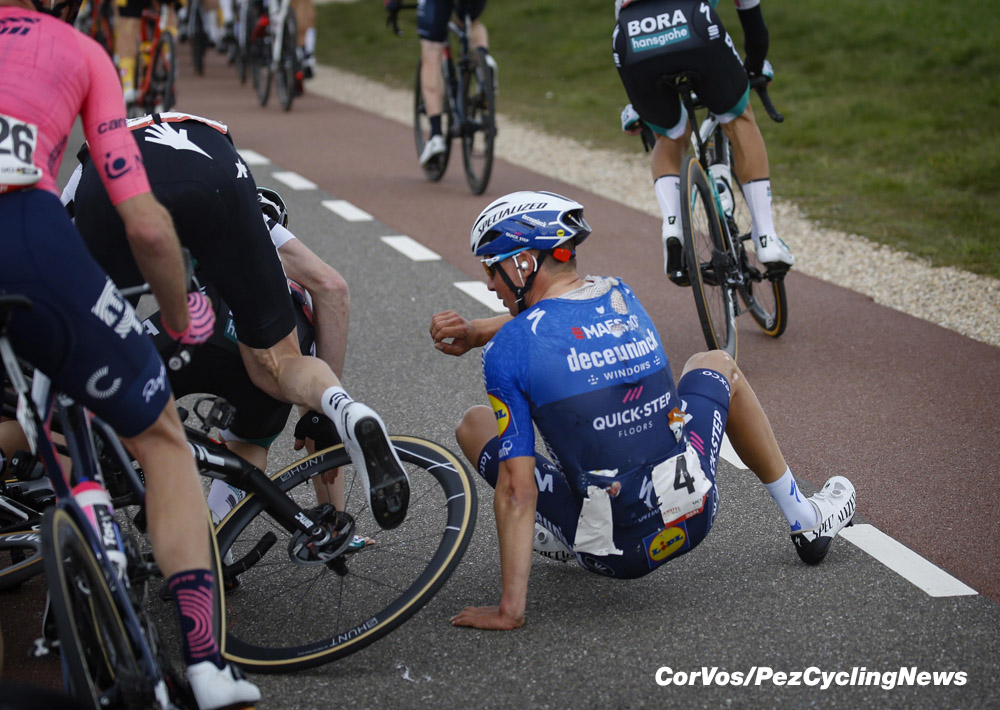 Man of the race – Mauri Vansevenant