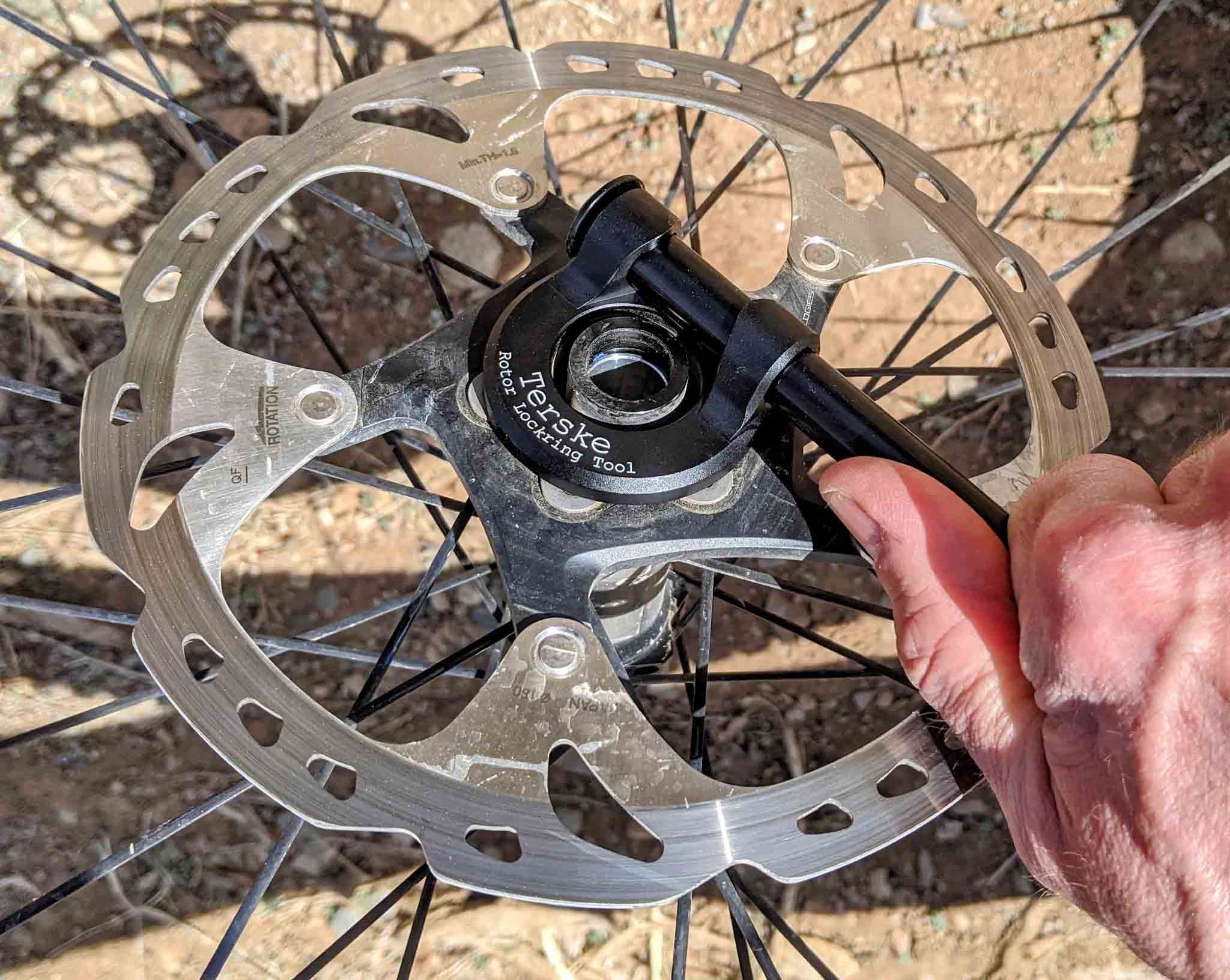 Depending on who you talk to, one of the arguments against the Centerlock rotor standard is the need for a big, bulky tool in case your rotor ever comes loose on a ride. We’ve had it happen, and it’s no fun. Fortunately, the problem can now easily be solved with the new Terske Travel Disc Brake Rotor Lockring Tool.

The problem with making tools like this portable is that for it to work, you need leverage. Terske solves that problem by using a lever that you already have – a 12mm thru axle. Both of their new tools are designed to slip onto a 12mm thru axle and the axle then becomes the tool handle.

Of course, you probably don’t want to be using this with a carbon fiber axle or something crazy like that. But Terske says the tools are compatible with 12mm thru axles with a 3mm minimum wall thickness (6mm max. thru hole). With that combination, the tool is rated up to 50Nm of maximum torque, which is plenty. Obviously, this is a hand tool, and you’re using a critical part of your bike as the leverage, so don’t overdo it…but it’s more than enough to get your rotor secure again.

Designed for Centerlock and AFS rotor lockrings, the tool has 16 notches. It also features o-rings inside of the axle holes to keep the tool in place on the axle and prevent it from falling into the dirt. The fit is very precise, and very light. It’s machined from 6061-T6 aluminum and weighs just 17g, making it an easy add to your tool kit. The Travel Disc Brake Rotor Lockring tool sells for $24.95, axle not included.

Another brilliant little travel tool using the same concept is the Travel 6/8/16mm Hex Tool. Specifically, Terske calls out RaceFace and Easton Cinch cranks which uses a 16mm hex key for the non-drive side fixing bolt and self extracting caps, but the 6 and 8mm hex tools make it compatible with a lot more.

If you’ve ever tried to remove a stubborn pedal with a multi-tool, you know this can be a Herculean task. Like the Rotor Lockring Tool, the addition a 12mm thru axle as the lever should provide the necessary leverage to get things moving.

Made from SAE 420 stainless steel, the tool weighs in at 36g, and is rated to 40Nm of torque. The tool requires the same 3mm minimum wall thickness for the 12mm thru axle, and sells for $24.95.