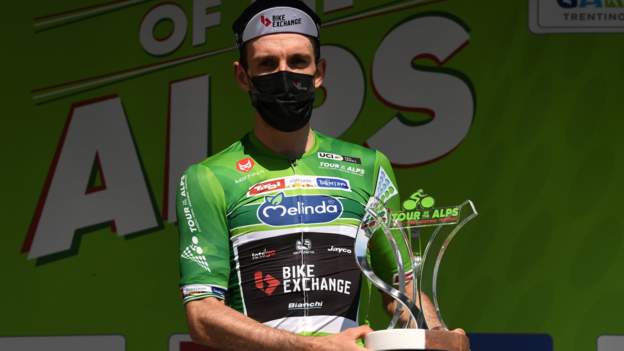 Britain’s Simon Yates won his first event of the season with victory at the Tour of the Alps.

He finished 58 seconds ahead of Spaniard Pello Bilbao with Russian Aleksandr Vlasov in third.

Yates, who finished in the peloton, has been using the race as his final warm-up for the Giro d’Italia, which begins in Sicily on 8 May.

“It’s really fantastic,” he said. “The team did a great job today, they really controlled the start and rode all day and in the final were fantastic again.

“It was a short day, there wasn’t so much action in the [general classification] but it was a really hard day with a lot of stress in the peloton and with that fast descent to the finish it was always nervous.

“I feel good. Now I just need to look after myself, try not to get sick, and take it from there.”