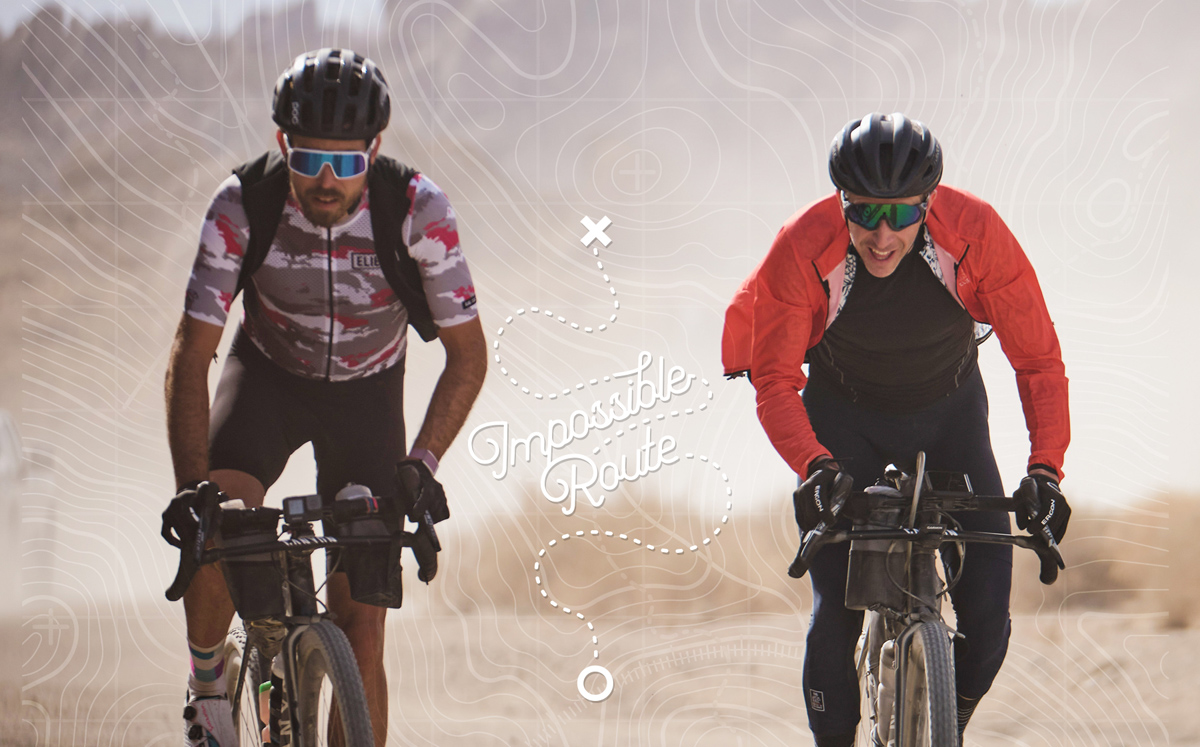 What is impossible on a bike? That will greatly depend on your skill level and fitness, but more importantly, your mindset. For many, riding isn’t about race results, but pushing past personal limits, and proving to yourself that something actually is possible – even if it’s really, really hard.

That idea is very well illustrated by endurance cycling legend Jeremiah Bishop and youtuber, Vegan Cyclist in their series: The Impossible Route. The series kicked off in 2020 with an ascent of Mauna Kea in Hawaii. But not just any ascent, it was “the world’s hardest climb” which consisted of a 14,000ft gravel road climb that started out with 2 miles at 20% gradient on the “steepest paved road” in the U.S.

Now, the duo has released the first episode in their new four part Impossible Route series with Death Valley, above. This route was a 7-day, 761-mile death march with hardly any water in the middle of the desert. Did they make it? You’l have to watch the film above to find out.

Think you could make it? What about 165 miles of gravel in two weeks? That sounds a lot more manageable, and doesn’t even require a trip to California. If you want to challenge yourself, sign up for the Impossible Route Strava Challenge to earn the badge above.

Want more Impossible Routes? The series will continue with a gradual release of episodes including Trans Appalachian Lost Roads, Cascadia Gravel, and Glacier to Teton to close out the first season. It’s even possible that season two might be coming to Netflix…

Check out the link below for detailed info on each released route, including route maps, the Canyon bikes used for the attempts, and what fueled the riders.