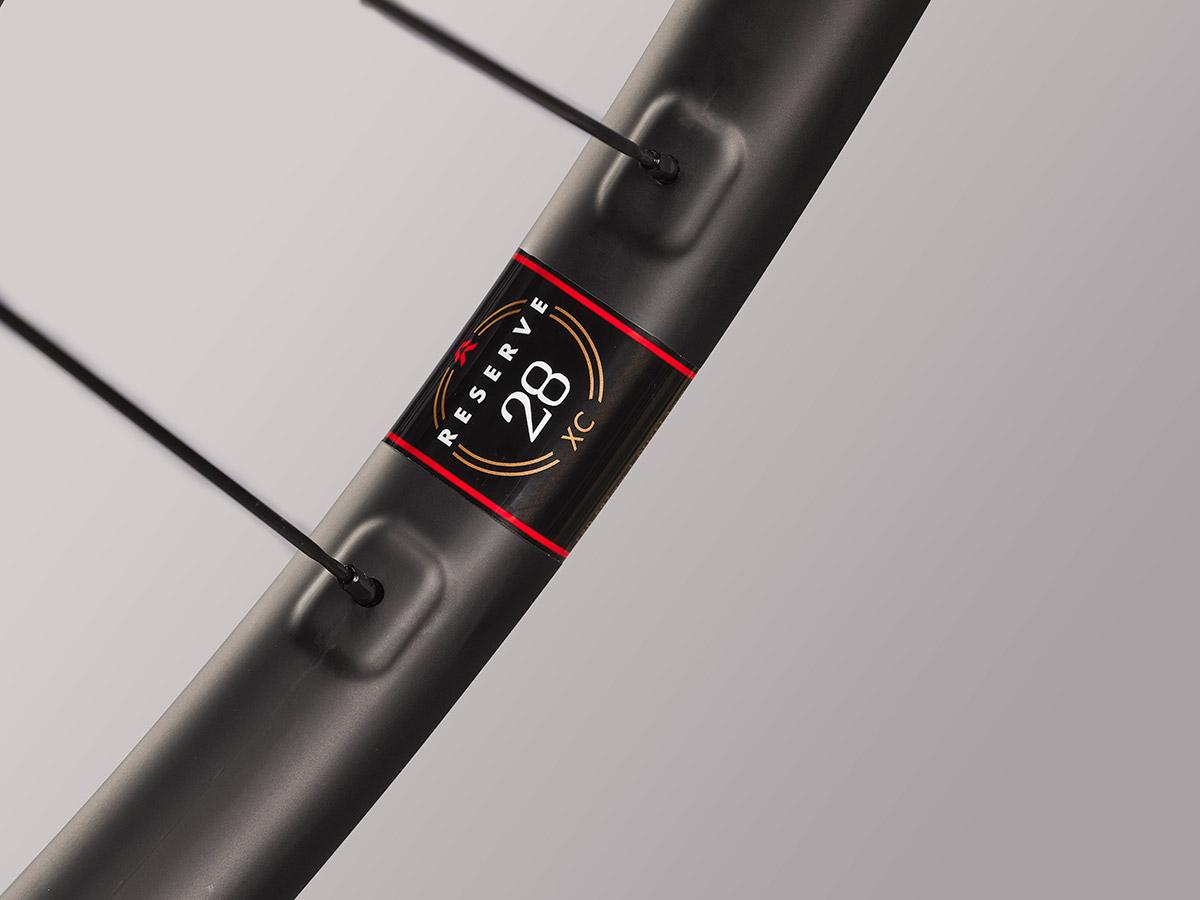 The all-new Reserve 28 XC Wheelset is the first of their mountain lineup to drop the Santa Cruz branding, ushering in a new era of independence for the carbon wheel manufacturers. It’s also the first of the mountain bike lineup to see a new asymmetric rim bed, lower in profile for added strength and improved vertical compliance. Here are the details.

When Reserve was founded in 2014, their motivation was simple; they wanted to make the most durable, highest strength-to-weight composite wheels on the market and back it with a lifetime guarantee. Danny MacAskill proved beyond a shadow of a doubt that Reserve’s carbon wheels are seriously tough when he tested them to failure down steps with no tire.

Reserve already have 25mm, 27mm, 30mm, 37mm internal width rims and a DH wheelset on the market. Today, the Reserve 28 XC Wheelset joins them as their lightest mountain bike wheelset yet. In fact, despite the wider rim, it smashes the weight of their 25mm wheelset, weighing in at a claimed 1367g. That’s on a DT SWISS 180 hubset with valves and tape.

The Reserve 28 XC Wheels saw their debut last weekend at the XCO in Albstadt. They feature a completely redesigned rim profile; the brand have moved away from a symmetrical rim bed to an asymmetric rim bed (flipped front to rear), though they retain offset spoke drilling.

The rim is both wider and lower in profile; this is said to increase strength and lateral rigidity, while adding some vertical compliance for enhanced traction. The rim shape still uses that exclusive spoke reinforcement system characteristic of Reserve wheels, but it too has been redesigned. The step-in internal rim bed is said to make tubeless tire installation easier and improve tire bead retention at lower pressures. You’ll also notice that the raised rectangular region of rim around each spoke now covers a slightly larger area.

Each rim weighs a claimed 385g. They are laced to DT SWISS 180 hubs (with ceramic bearings) via 24 DT Race Comp straight-pull spokes (front and rear).

Pricing for the all-new Reserve 28 XC Wheelset starts at $1599 USD. Steep, I know. However, like all Reserve wheels, they come with a no-questions-asked lifetime warranty and no rider weight limit. You break them, Reserve replace them, free of charge. A carbon wheelset for life!