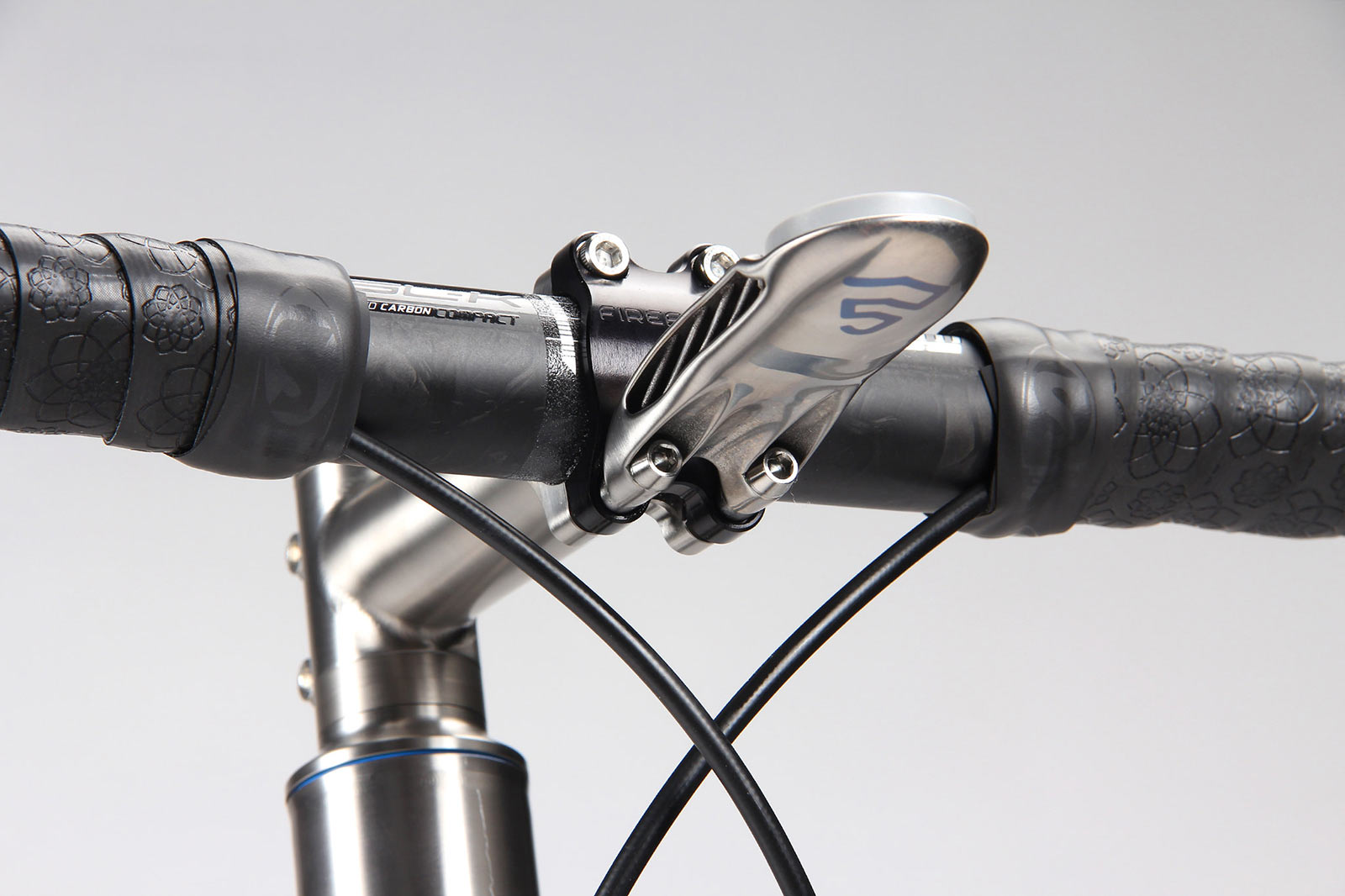 Silca is getting into 3D printed titanium parts, and they’re starting with this H.R. Giger-alien ship-looking out-front computer mount. Overkill? Perhaps. But when has that ever stopped Silca before?

Owner Josh Poertner says “we looked at how we could differentiate our manufacturing from what China can do, and it comes down to one-off and small-batch production runs. China wants to do thousands of parts. But with 3D printing, we can do one part and still have a viable business model.”

Of course, they’ll do more than one part. In fact, they’re launching with about a dozen different part numbers to fit the bolt pattern and shape of many of the most popular stems. And there are more to come as they’re able to scan additional stems or new stems are introduced.

They’re stronger than your current mount

It’s not just about printing small batches for the sake of boutique parts, though.

Josh says with this design, the load stress is on the top and bottom skins, the material in the middle isn’t really doing that much. He compares it to an airplane’s wing, where the internal structure isn’t doing as much of the work, but is still necessary.

3D printing allows them to do things CNC machining can’t, and they say this design is 6x to 10x stronger than designs made with traditional methods using aluminum.

Despite the wide, oversized look, they’re lightweight, too. Claimed weights are from 27.5g to 38g, depending on model. And, they say they’re more aerodynamic.

They’ll start with a single length, which they say will work with pretty much every GPS cycling computer on the market, including the Wahoo Bolt’s aero shape.

Ten models will be offered at launch, with the number shown on them (image above – 22/24/25/26/27/28/30/32/33/35mm) indicating the center-to-center bolt hole width they’re compatible with. These are designed to work with stems from Specialized, Bontrager, FSA, ENVE, Zipp, Syncros, Firefly, and Bianchi. The direct-mount version shown on bottom left bolts to the bottom of a Black Inc bar/stem combo unit.

Retail price is $175 with all titanium hardware and the fiber-reinforced composite computer insert. That insert uses a single bolt to attach the mount puck, which has tabs on the back to clock its position at 0º or 90º, making it compatible with anything using either Garmin’s or Wahoo’s mounting standard.

Yep, here’s why: It costs more than $500/kg for the base 6/4 titanium powder. Their machine lays down a 30micron thick layer of powder, then a laser then essentially welds a layer of powder to the top of the layer underneath it. The powder sits on a shelf that lowers itself down 30microns after each pass to make room for the next layer of powder to be brushed on top, then the process repeats.

So, while Silca says the manufacturing limitations are completely removed, they’re talking about design limitations. Production is limited by the number of very expensive titanium 3D printing machines. Which is why, by the end of May, they’ll have a second machine up and running with 3x the capacity.

But these mounts will still be expensive because some of that new machine’s capacity is going toward other new parts they have been testing on pros’ bikes in races. Stay tuned…