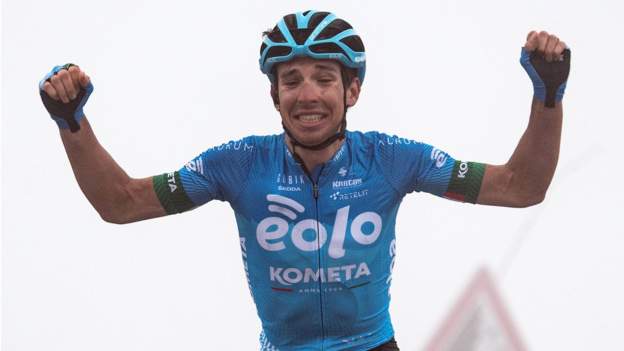 Italy’s Lorenzo Fortunato impressively climbed to his maiden career win on stage 14 of the Giro d’Italia, as Egan Bernal added to his overall lead at the summit of Monte Zoncolan.

Russian Aleksander Vlasov lost more than a minute on Ineos Grenadiers rider Bernal in the pink jersey on the final climb of the mountain stage – which included scaling gradients of over 20% in the final three kilometres.

“I think that I’m in a really good position now. I don’t need to attack on every mountain stage,” said 2019 Tour de France winner Bernal.

“I just need to be calm and patient. Finally I followed Yates and I tried to make an acceleration in the final and I think that I did a good race.”

Sunday’s 15th stage is 147km cross-border circuit between Italy and Slovenia which takes in three climbs.