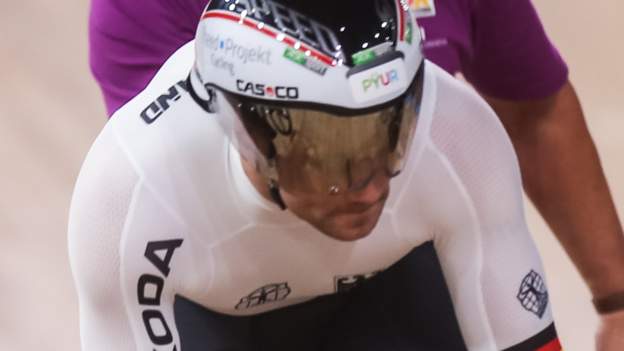 Germany have withdrawn from next month’s European Track Championships in Minsk because of the ongoing political situation in Belarus.

The German cycling federation (BDR) has called for the event to be moved following the incident, which has been criticised by the European Union.

The BDR said: “Under the circumstances, the participation of the German track cycling national team at the European Championships in Minsk is not possible.”

It added: “The UEC [European Cycling Union] also views this situation very critically and will discuss it on Thursday at the meeting of the management board in Lausanne and take a decision.”

The UEC is monitoring the situation and will make an announcement on 27 May.

British Cycling performance director Stephen Park tweeted: “With 27 EU member states telling EU airlines not to fly over Belarus, and promising further economic sanctions there can surely be no way the UEC can continue to deliver the Track Euros in Minsk next month.”

Minsk had already been stripped of co-host status with Riga in Latvia for ice hockey’s World Championship this month, in response to a crackdown on anti-government protesters in Belarus and concerns about coronavirus.