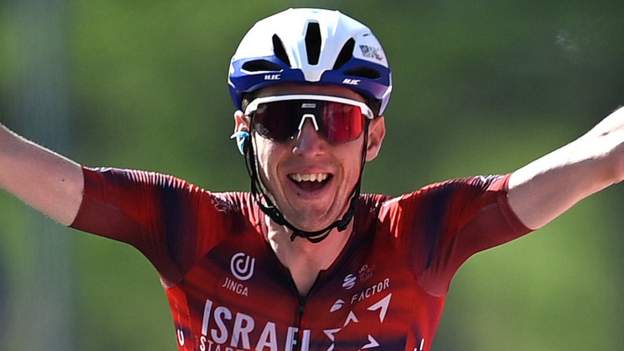 Ireland’s Dan Martin won his first ever stage of the Giro d’Italia as Britain’s Simon Yates reduced the gap to overall leader Egan Bernal on stage 17.

Bernal cracked for the first time and lost nearly a minute to Yates, who is up to third in the overall standings.

Yates, of Team BikeExchange, began the day fifth in the general classification but his late attack means he trails Bernal by 3:23 with four stages remaining.

Bernal, who had extended his overall advantage with an impressive victory on stage 16 prior to Tuesday’s rest day, suffered from a lingering back problem which badly affected his form last year.

But he insisted Yates was simply better on the day.

“Today was a tough day for me for sure,” Bernal said. “The last kilometres were really steep. I tried to follow Yates but today he was stronger than me. I just tried to arrive with Caruso who is closest in the GC – I don’t want to take any risks.

“For sure Yates was very impressive and I just did my best. I’m happy because I didn’t lose too much time.”

Birmingham-born Martin, 34, finished 13 seconds clear of Deceuninck Quick-Step’s Almeida to add a first stage victory at the Giro to his previous wins at the Tour de France and Vuelta a Espana.

Italy’s Giulio Ciccone dropped from sixth to 10th after being involved in a crash that also included Belgium’s Remco Evenepoel, 21, fading following his strenuous efforts to re-join the main group.

Thursday’s 18th stage is a relatively flat 231km route from Rovereto to Stradella.