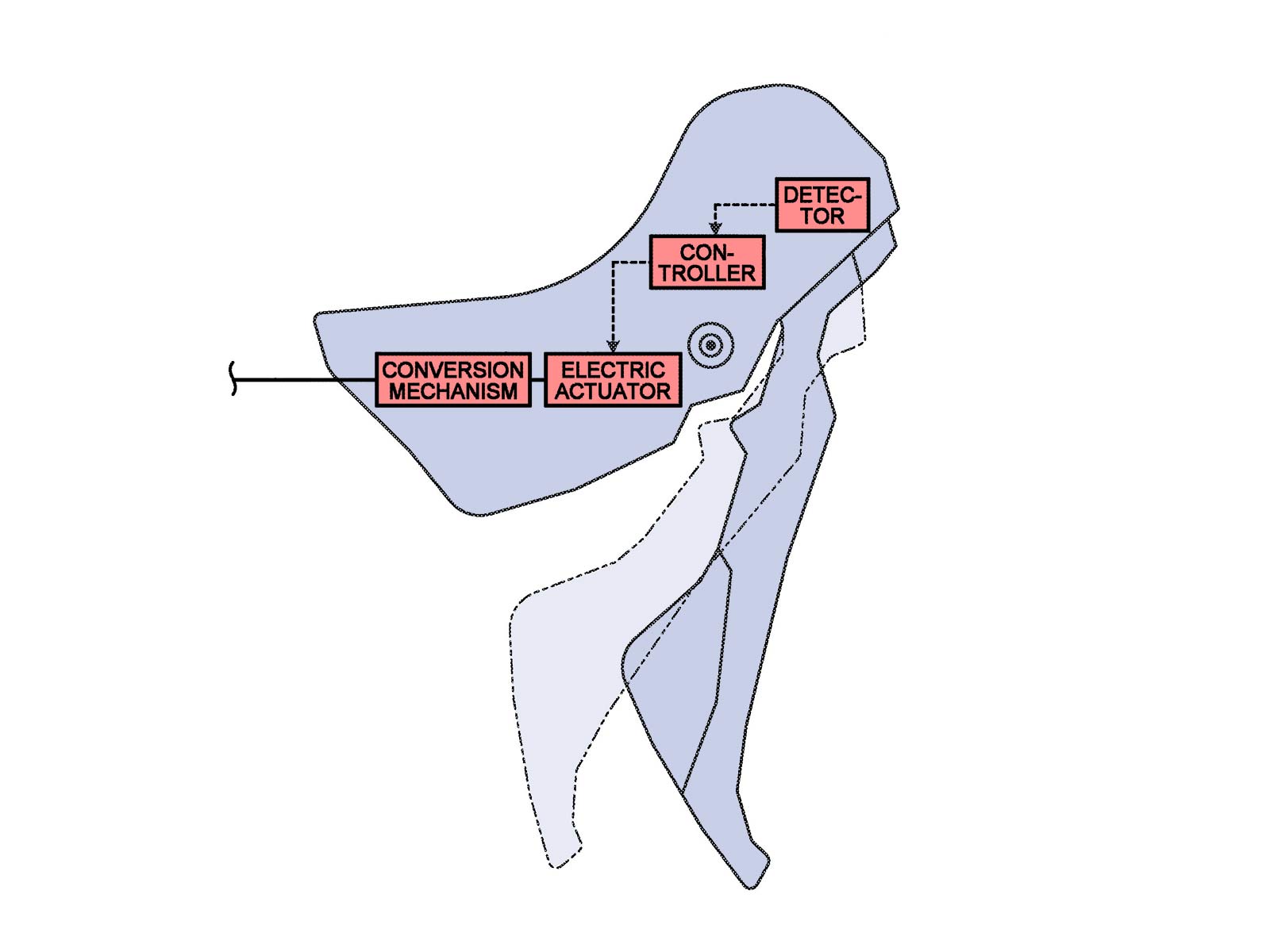 OK, let’s just get this out of the way – NO, these are not wireless. No, they do not use electronic actuators to directly move the brake pads in or out. But YES, they do replace the mechanically operated piston in a hydraulic brake’s master cylinder with an electronically controlled actuator.

Rather, we should say, how they could work since this is, for now, merely a concept presented in a patent application.

Ever since the 2001 debut of Di2 electronic shifting, who hasn’t been curious about the possibilities of a completely fly-by-wire bike setup? Shimano’s Digital Integrated Intelligence (that’s where the Di2 comes from) already includes electronic shifting and suspension control, so why not add brakes, too?

The patent’s specific wording is “to provide a brake operating apparatus and a brake system that are capable of driving an existing brake apparatus by electric power.” And it specifically mentions that this is in lieu of using human power to drive that brake apparatus. That’ll become more important later…

Which suggests that they’re not completely reinventing the brake, just the manner in which hydraulic brake fluid is pushed down the line to the calipers. Currently that’s handled by attaching a piston (or pushrod, plunger, whatever you want to call it) through a tube containing brake fluid.

As the O-ring seal on the end of that piston moves past a port, it closes the system and starts pushing brake fluid into the hose. That fluid moves to the caliper and fills in the space behind the brake pads, thus moving them closer to the brake rotor.

The Detector detects brake lever movement and relays that information to the Controller. The Controller interprets that data and signals the Actuator to move the piston, thus pushing fluid into the brake line. Or pulling it back to release the brakes.

It’s all powered by a battery, which could be rechargeable by any normal means, including by an on-bike generator.

But why would we want electronic brakes?

Patents aren’t required to answer why, just how. And from our reading of the application, Shimano doesn’t say why they would make this.

But we have some good guesses.

First, the form factor of a brake lever could become anything you wanted it to be. You’d no longer need a large mechanical lever to “human power” those brakes. Instead, it could be a small trigger. Or even a button. Because if you don’t have to move the piston yourself, it doesn’t matter what size or shape device the signal is coming from.

Second, you could put multiple brake levers on the same bike. For triathletes and time trialists, this would be a game changer…no more repositioning your hands just to use the brakes.

For roadies and gravel cyclists, you could easily have a small secondary brake lever on the tops of the bars, too. Or have small remote triggers that could be mounted on mini-aero extensions…wherever.

Third, for handcycles and other non-traditional bicycles or cyclists with different abilities, you could create much more ergonomic solutions.

Reliable execution is the hard part. Where you can accept that a dead Di2 battery might mean you have to ride home in a less-than-ideal gear combination, a brake failure from a dead battery or unplugged cable is not acceptable. That’s probably been the big obstacle until now. Yet plenty of people fly on planes where all the critical controls are only connected to the pilot by electronic links (hence: fly-by-wire), so maybe if robust enough system integrity is solved, we might see bicycles with electronic disc brakes.

And, yes, we suppose you could also make it wireless.