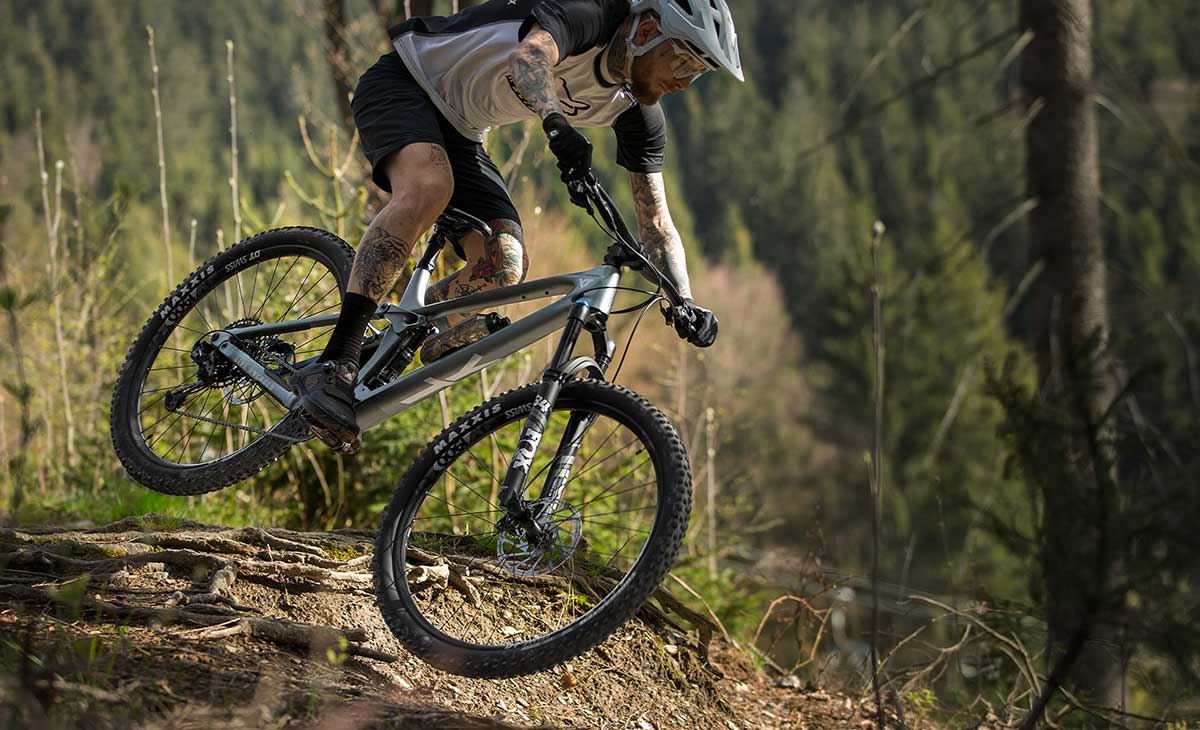 To be clear, the geometry of the YT Izzo remains unchanged from the platform Tyler reviewed back in 2020. What’s new here? Well, there are now three new models of this short-travel trail bike available in Black Magic, Machine Grey, Assault Green and Ice Grey. Here are the important spec updates and pricing you need to know.

“It rides fast, like a lighter 120mm trail bike, but has the extra travel (130mm front and rear) and support to take bigger hits and landings” – Tyler Benedict. See the full review here.

The YT Izzo Core runs an ultra-modulus carbon fibre front triangle across the range. At the budget-friendly end of the spectrum, the YT Izzo Core 2 pairs that with a durable aluminium swingarm. Priced at $3,399, the ride is spec’d with a Fox 34 Float Performance fork and Fox Float DPS Performance rear shock servicing 130mm of travel.

That money also gets you four-piston SRAM G2 brakes with a 200mm Centerline rotor up front and a 180mm in the rear. Your efforts are pushed through a 12-speed SRAM NX Eagle groupset applying torque to a DT Swiss M 1900 Spline wheelset running Maxxis Forecaster tires.

The mid-range model is the Core 3 which pairs that carbon fibre front triangle with an ultra-modulus carbon rear end. This one is therefore lighter, with the complete build weighing in at a claimed 13.3kg. A Fox 34 Float Performance Elite fork and FOX Float DPS Performance Elite rear shock are responsible for ride plushness.

The Core 3 gets a SRAM GX Eagle group (with a 52T top cog), with SRAM G2 brakes controlling speed. It also gets the DT Swiss M 1900 Spline wheelset with Forecaster tires. That lighter frame and build spec pushes the retail price up to $4,299.

Topping the range is the YT Izzo Core 4, retailing at $5,599. Its complete carbon fibre frame is loaded with Fox Factory Level suspension with a GRIP2 damper on the fork. That makes it the most tuneable bike in the range. A SRAM XO1 Eagle Groupset with 520% range is paired with SRAM G2 RSC brakes. This bike gets a huge upgrade in the wheels department with DT Swiss XMC 1501 Spline carbon rims running light Forecaster tires.

Depending on the model, size and color, YT expects initial shipments for the new Izzo Core models to come in by October this year. Any bikes with an availability lead time longer than eight weeks are eligible for the new YT pre-order functionality. Riders can pay a 10% fully refundable deposit to reserve their bike, with the balance being charged four weeks before the bike ships. Customers can see their projected ship date when placing their order.