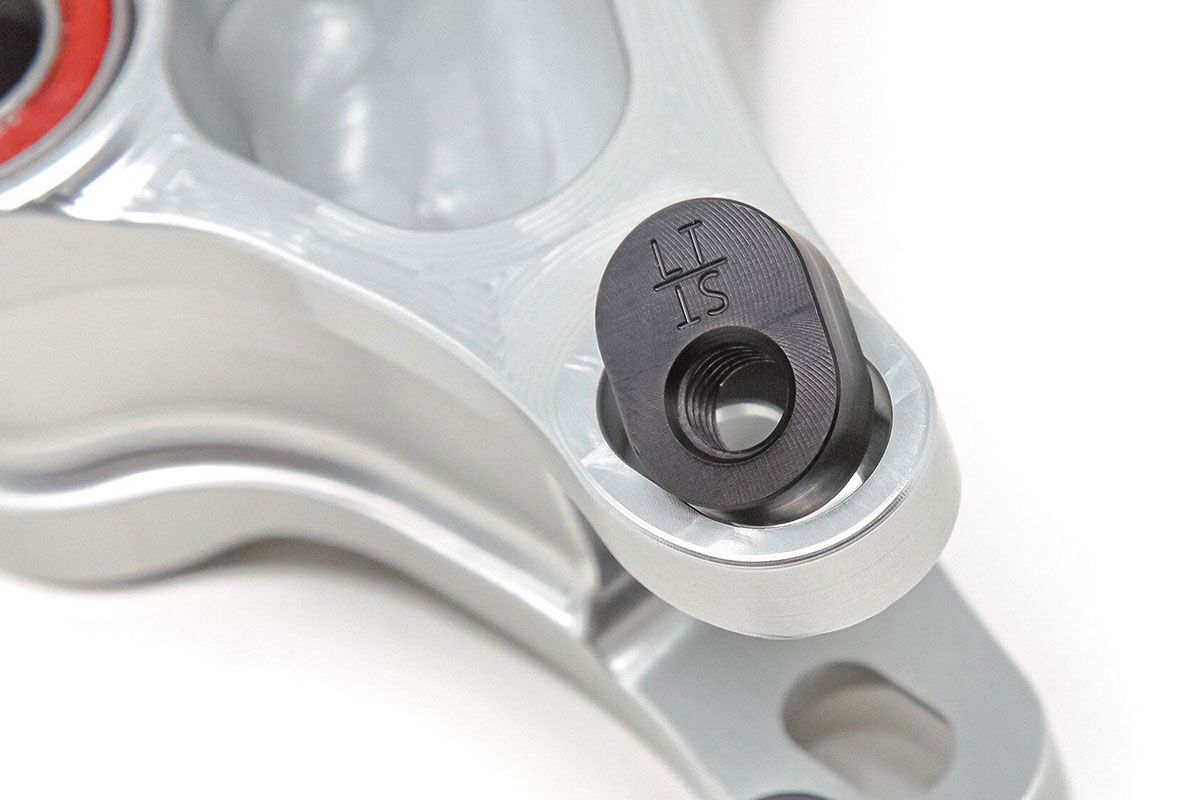 Riders of the V4 Santa Cruz 5010 can now upgrade their suspension with a progressive aftermarket link from Cascade Components. Not only does it increase the progression of the leverage curve, it also gives riders the chance to increase their rear wheel travel with the same stock shock. Here’s how it works.

Cascade Components are a Washington based company that specialize in producing aftermarket links for mountain bike suspension. The concept was born after founder, Jimmy Davis, machined a new, more progressive link for his Santa Cruz Nomad. Impressed with how it improved the bike’s ride feel, Jimmy took the idea forward and is now producing aftermarket links for 13 brands, including Transition, Specialized and Evil.

Of course, this is not the first aftermarket link we’ve seen for the Santa Cruz VPP suspension platform; in addition to the Nomad, Cascade Components already offer similar links for the, Tallboy, Heckler, Hightower, Bronson and Megatower. This is however, the first time we’ve seen it employ the use of a flip chip.

What does the flip chip do?

The link’s flip chip allows riders to increase the frame travel by 10mm without changing the shock stroke length. So, you can run it in the short travel position with the stock 130mm travel, or the long travel position with 140mm travel. As you might imagine, those two positions have quite different leverage ratios, that both differ significantly from the bike’s stock leverage ratio.

With the stock link, the V4 Santa Cruz 5010’s 130mm of travel has an overall progression of 24%. Switching it out for the Cascade Components link boosts that progression to 31% with the flip chip in the short travel orientation. Flipping it to the long travel brings that overall progression down slightly to 29%. The added bonus is the increase in effective chainstay length by 5mm, bringing it to 434mm in size large.

In both flip chip positions, the aftermarket link is said to improve suppleness off the top of the stroke and improve bottom out resistance at the other end. Here’s what they have to say:

“Due to travel changes, how they feel in the mid-stroke range varies. The short travel (ST setting) has a hair less ramp than the long travel (LT) setting, but because the ramp occurs over a smaller amount of wheel travel, the mid-stroke brings more pop. The LT setting has even better bottom out and small bump than the ST setting, but because of the travel increase, the mid-stroke range has a little less pop. If you look at mid-stroke support as a percentage of travel used during something like a berm or g-out, both settings will use a similar percentage of travel, but with the LT setting this correlates to more wheel travel to get to that point” – Cascade Components.

What if riders want to experiment with a longer stroke shock too?

Here’s where you can boost travel even further, approaching Bronson-like travel numbers. Switching to a 55mm stroke length increases the travel to 140mm in the short travel position and 150mm in the long travel position.

Pick up the new Cascade Components aftermath link for the V4 Santa Cruz 5010 for $337 USD. It comes in black, orange and silver colorways.