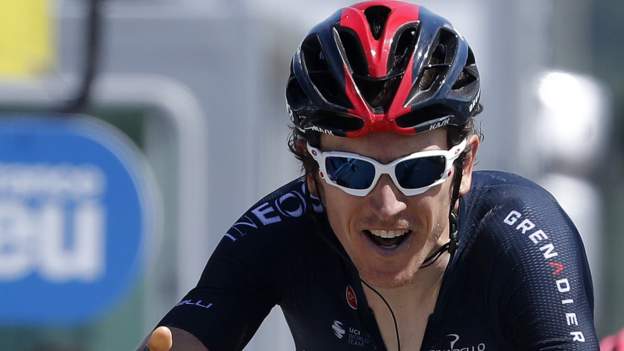 Thomas, 35, used a 180-degree turn to surge clear and hold off Sonny Colbrelli, with Alex Aranburu in third.

The result sees the Ineos Grenadiers rider move up to sixth in the general classification 14 seconds behind leader Austria’s Lukas Postlberger.

“It wasn’t planned. The boys said on the radio that I had a gap, and I just went all in,” Thomas said.

With the Criterium considered as an important warm-up race for the Tour de France, the Welshman, who won both events in 2018, appears to be close to a return to his best form.

His tactical opportunism in the final kilometre saw him earn a 10-second time bonus and he looks well placed as the race moves into the mountains for its concluding three stages.

Froome is now over eight minutes down on the leading contenders and stressed that he “will not be talking about” a record equalling fifth Tour de France victory in 2021.

“I’m very much focused on just returning back to my former level. I don’t go from this level to winning the Tour de France in a few weeks,” he said.

The race continues on Friday with a tough uphill finish on stage six, featuring the Col de Porte and the Cote de la Frette in the final 15 kilometres.