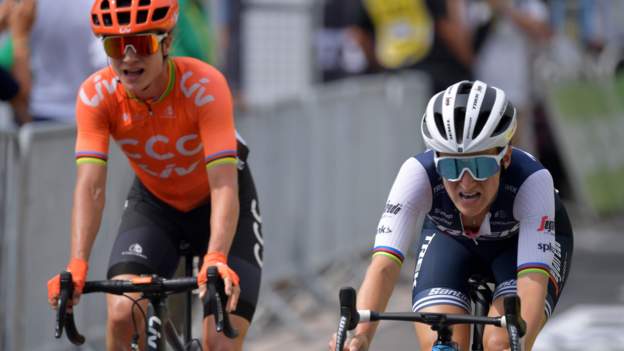 The original Tour de France Feminin ran alongside the men’s race with the same organisers from 1984 to 1989.

After being taken over by new organisers in 1990, a renamed women’s version of the Tour continued, but underwent several schedule changes.

Men’s Tour organisers Amaury Sport Organisation (ASO) started running women’s race La Course in 2014, but it has only been a one or two-day event in its seven editions to date.

The one-day 2021 La Course will take place on the first day of the Tour this year, using a reduced version of the men’s route.

Details of the route and how many stages the race will comprise of have yet to be announced.

The women’s Giro d’Italia – now named Giro d’Italia Donne having previously been the Giro Rosa – has returned to WorldTour level.

The event, currently the most prestigious stage race in women’s cycling, was downgraded by the UCI last year because the 2020 edition failed to provide the minimum of 45 minutes of live television coverage the governing body requires.

The 2021 edition of the race has been postponed to 4-9 October because of the coronavirus pandemic.