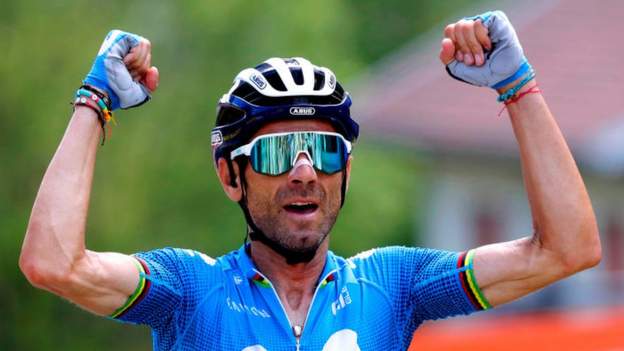 Spain’s Alejandro Valverde rolled back the years to edge Britain’s Tao Geoghegan Hart to victory on stage six at the Criterium du Dauphine.

It came after a tough uphill finish to the 167km stage from Loriol-sur-Drome to Le Sappey-en-Chartreuse.

Kazakhstan’s Alexey Lutsenko took the overall lead after finishing alongside Geraint Thomas, who moves up to fourth.

Lukas Postlberger had led the French race after winning stage two from Brioude to Saugues.

But the Austrian was dropped on the Col de Porte and arrived at the finish having lost more than eight minutes.