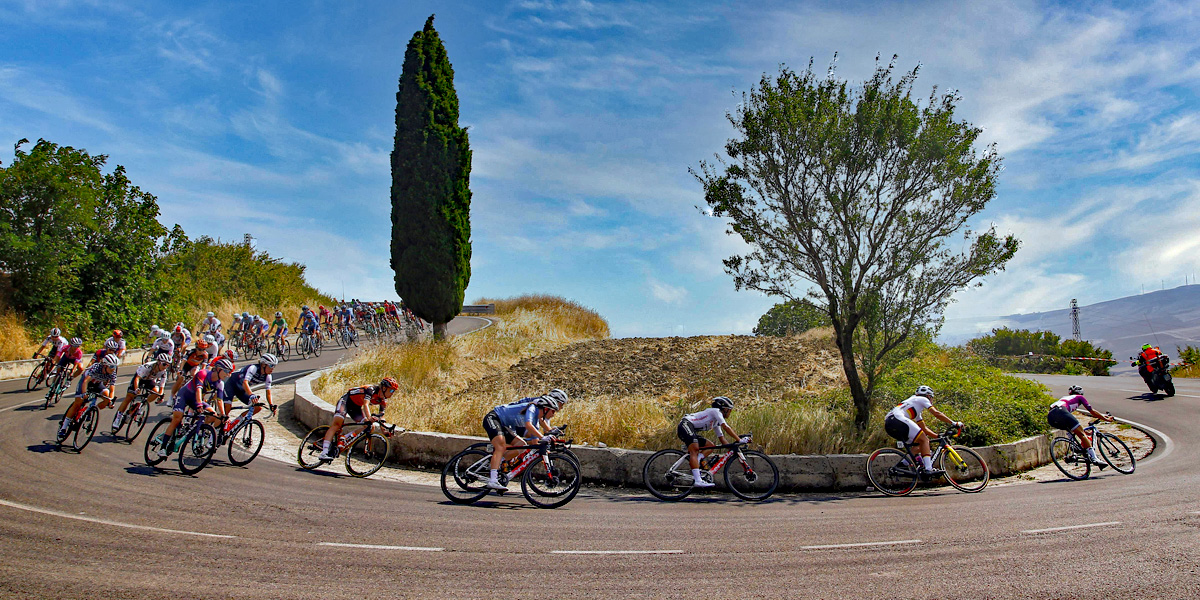 The UCI has published the women’s 2022 WorldTour calendar. The most striking addition is the return of the Giro Rosa, which is again part of the Women’s WorldTour after a year of absence and the revived Tour de France Femmes will have eight stages next year. 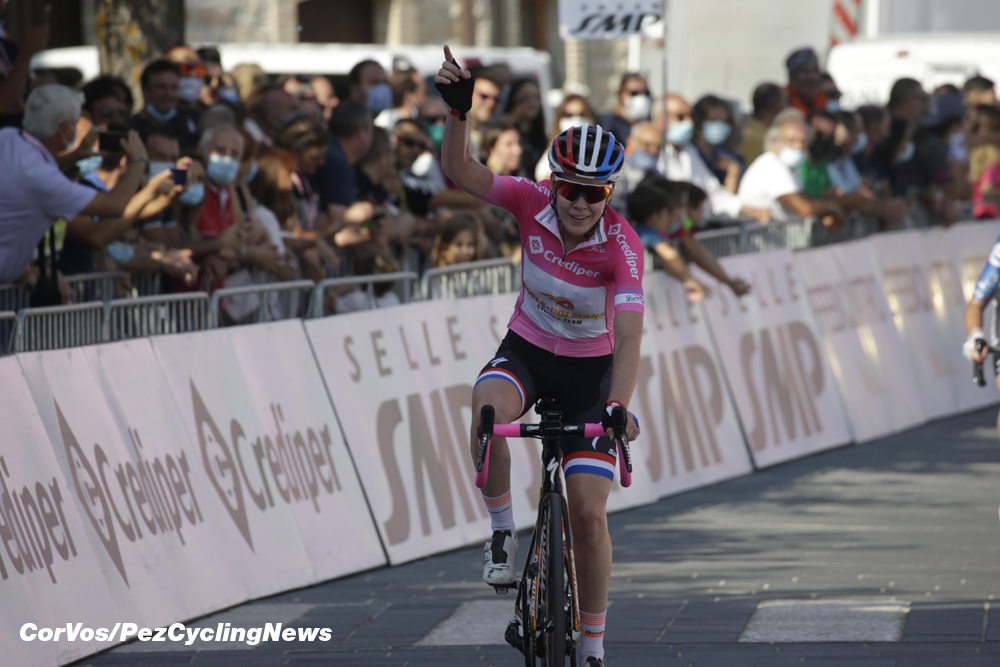 The Giro Donne, the most prestigious Tour for women for years, is a 2.Pro race this year and on the calendar from July 2-11. The multi-day stage race will again be part of the Women’s WorldTour in 2022. The WWT calendar starts on March 5 with the Italian gravel classic Strade Bianche, followed a week later by the Ronde van Drenthe. 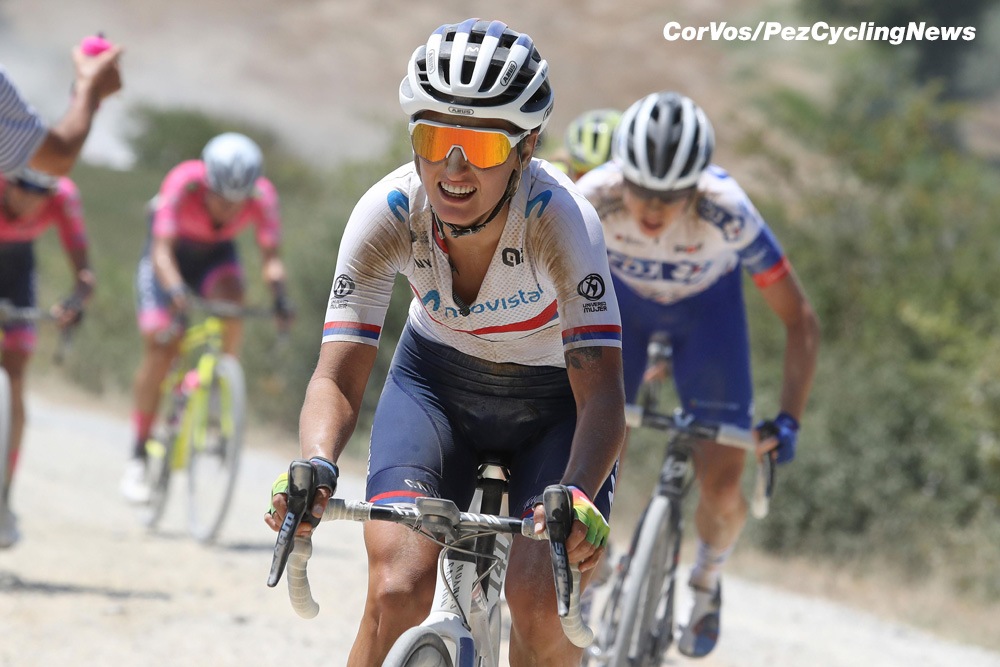 The Strade Bianche kicks off the women’s WT season

In the spring, the Trofeo Alfredo Binda, the Oxyclean Classic Brugge-De Panne, Gent-Wevelgem, Tour of Flanders, Paris-Roubaix, the Amstel Gold Race, the Flèche Wallonne and Liège-Bastogne-Liège are also on the program. After the last hilly classic, we don’t have to wait long for the next WWT race. 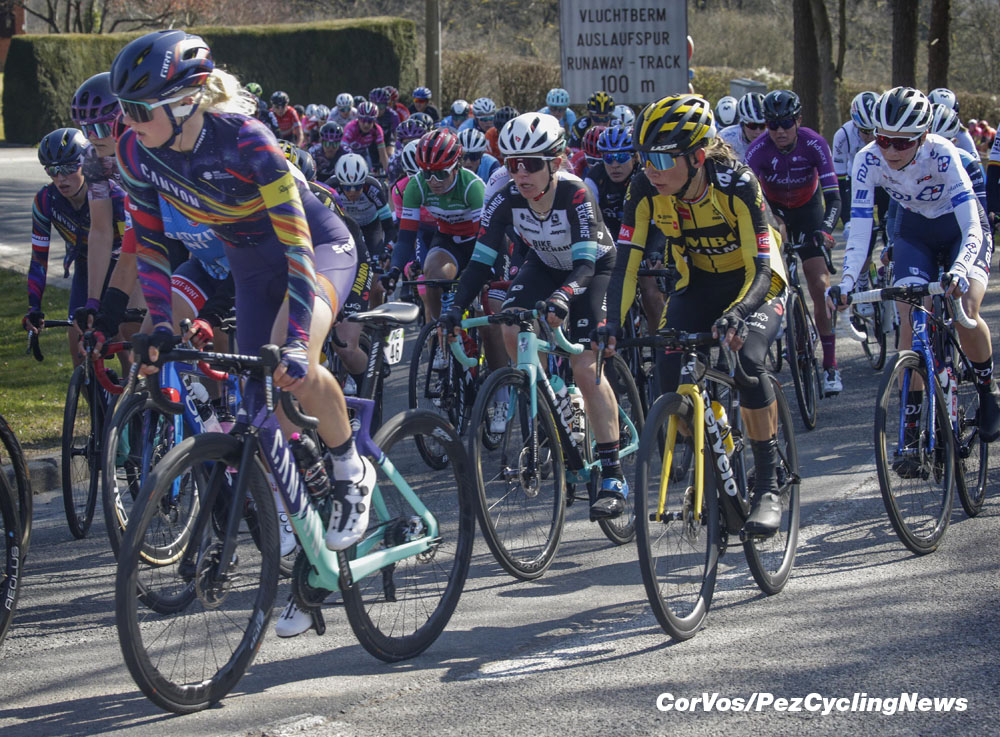 In May, the Tour of Chongming Island, Itzulia Tour, the Vuelta a Burgos Feminas and the RideLondon Classique will feature four multi-day races. Then it’s time for the two biggest stage races: the Giro Donne and the Tour de France Femmes. The prestigious one-day race La Course is missing from the calendar for the time being. 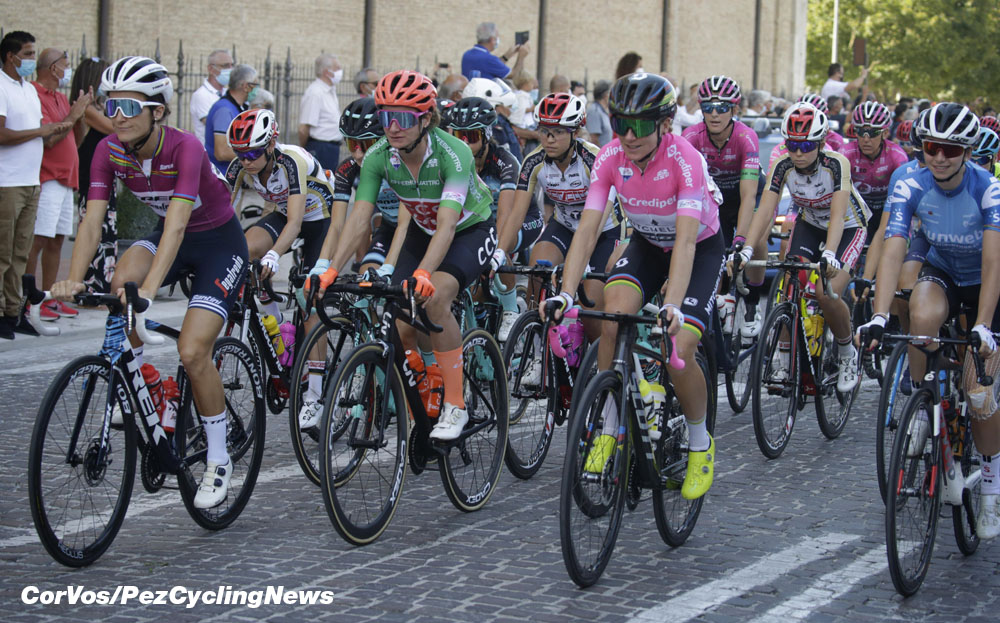 The women’s Giro back in the WorldTour

The Women’s WorldTour will conclude in 2022 with three races in Scandinavia, two one-day races in Vårgårda, Sweden and the Norwegian stage race; the Battle of the North. The Ceratizit Challenge by La Vuelta and the Tour of Guangxi in China close the women’s 2022 WorldTour season. 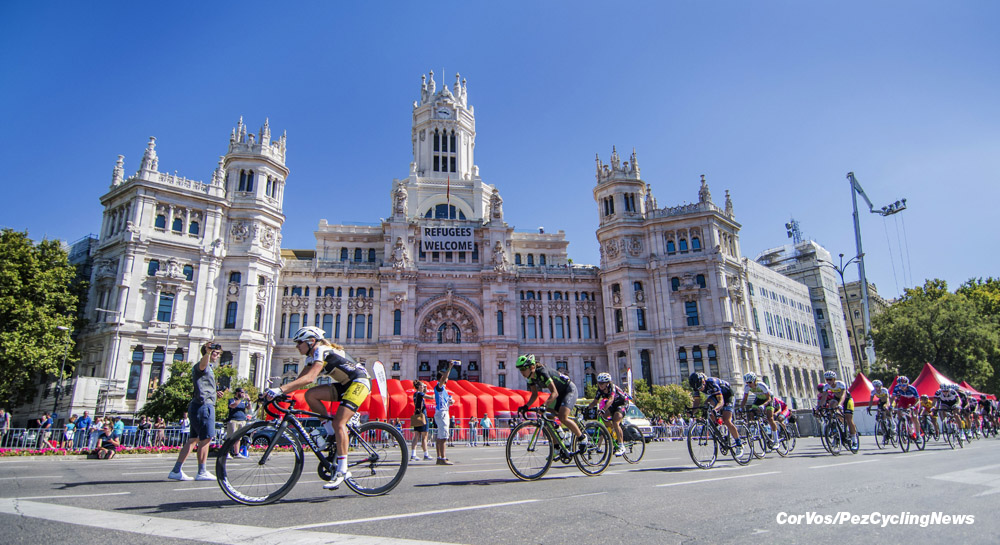 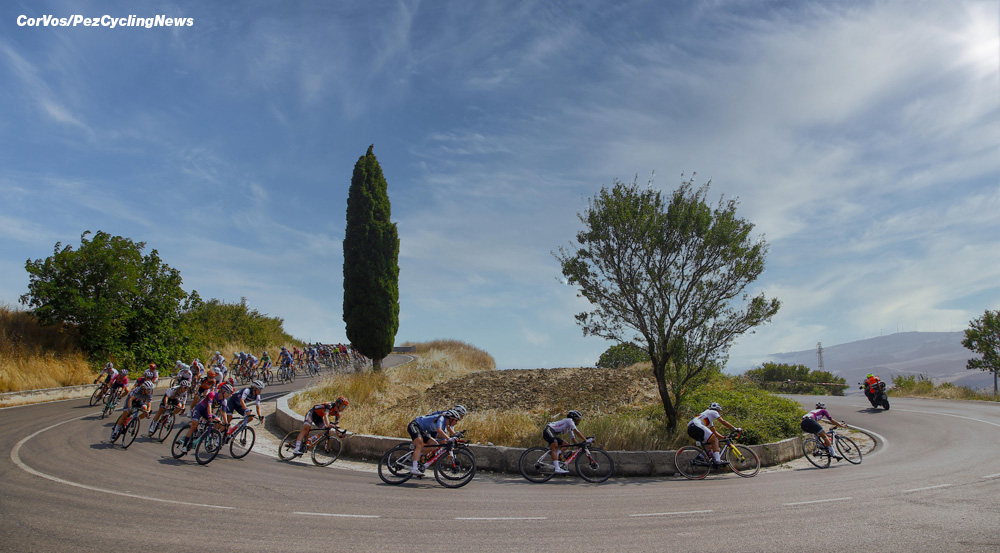 The prestigious Italian multi-day race starts on Saturday, July 2, with a team time trial of 26.7 kilometres, over slightly hilly roads, from Fossano to Cuneo. Stage two is one for the climbers with a finish in the winter sports resort of Prato Nevoso. The finish line comes after more than 13 kilometres of climbing at 7%. The third stage heads over bumpy roads and several short climbs to Ovada, where Kirsten Wild was successful two years ago. Stage four is a 14-kilometre mountain time trial to Cascata del Toce. After the time trial there is a flat stage between Milan and Carugate, through the Brianza region. Stage six starts and finishes
in Colico, located on Lake Como. Stage seven is another tough hilly stage from Soprazzocco di Gavardo to Puegnago del Garda. After a flat sprinter’s stage to Mortegliano, another uphill finish is on the program on the penultimate day. In the finalé, two tough climbs are on the menu and at the summit of the second col, the Monte Matajur, is the finish line. The riders will then be close to the Slovenian border, but will finish in Cormons after a hill stage. 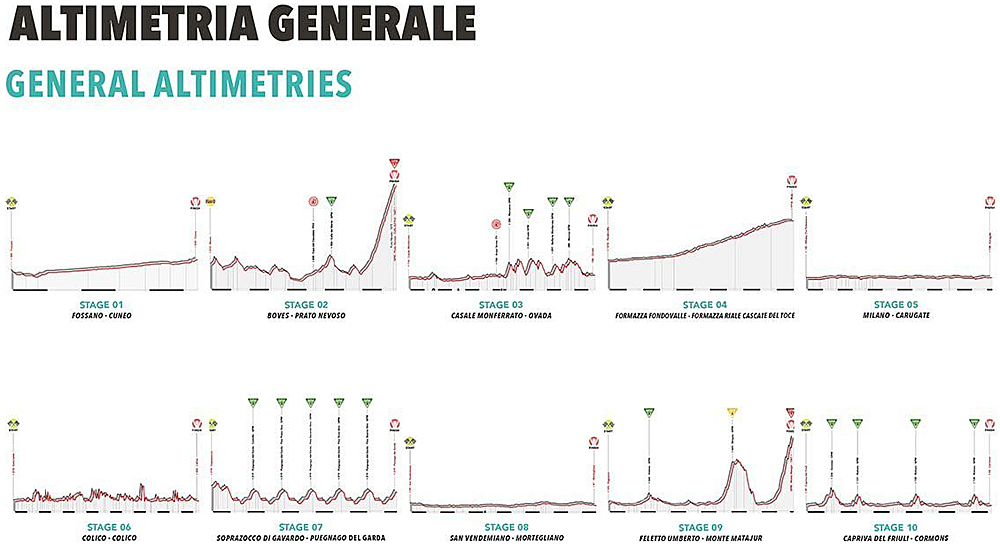 The Giro Rosa was last won by Anna van der Breggen. The reigning World champion, who also won the Italian race in 2015 and 2017, beat Katarzyna Niewiadoma and Elisa Longo Borghini in the final GC. This year the race will have a half-hour live broadcast every day. 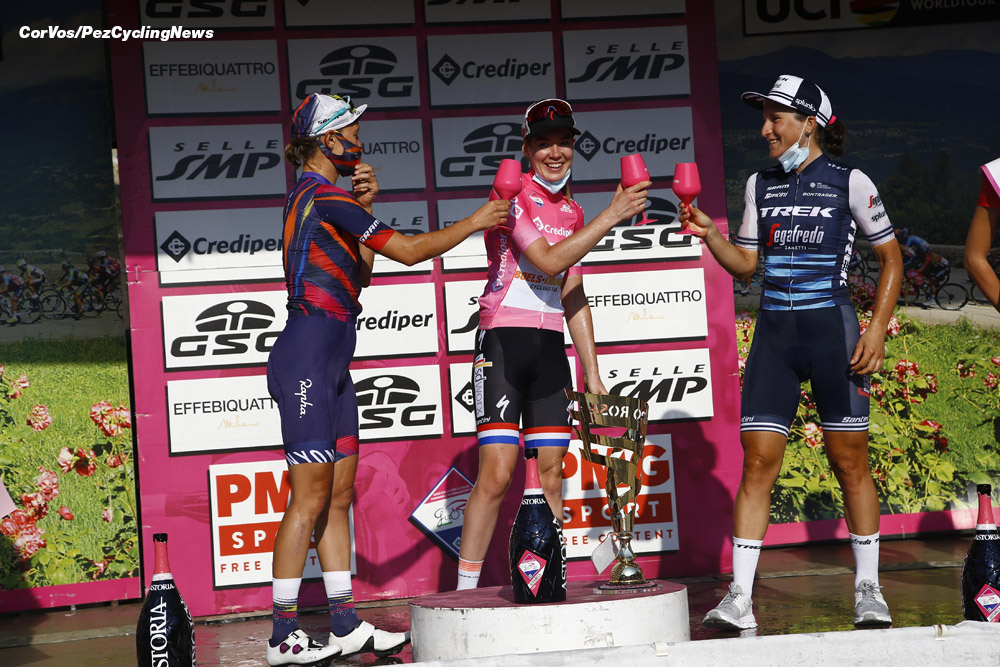