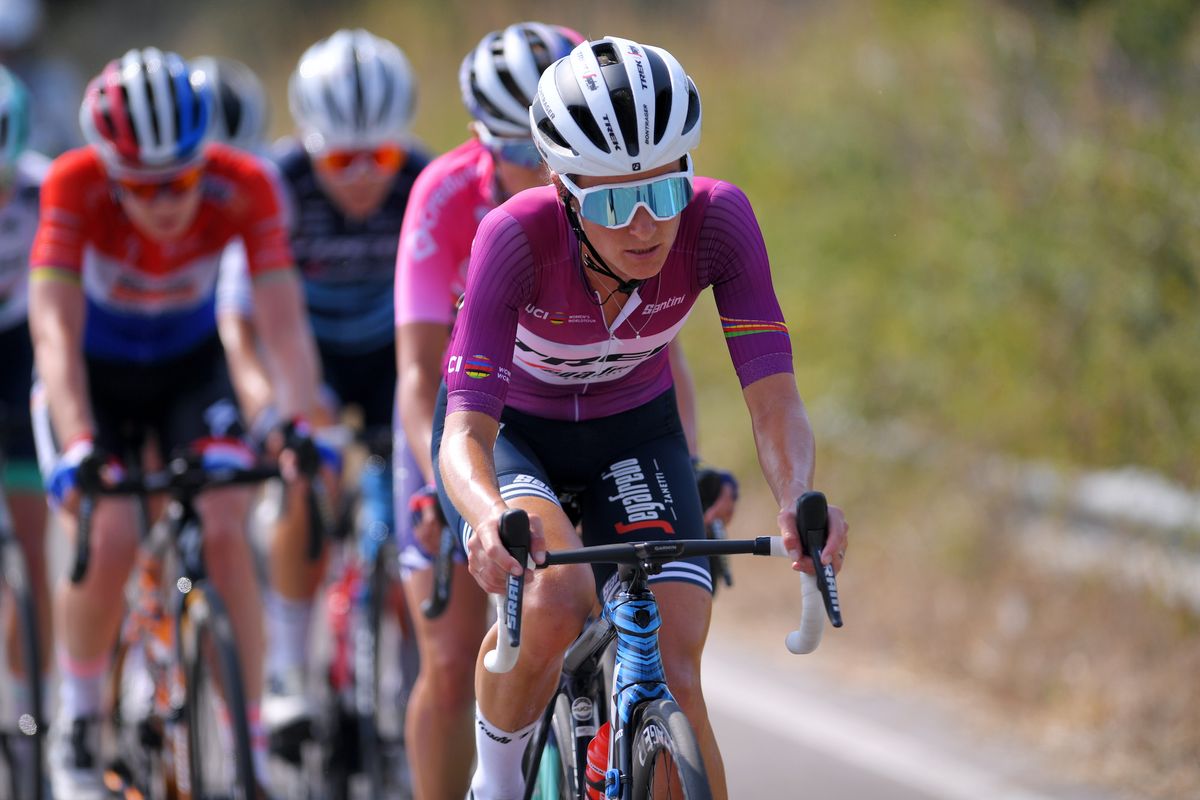 The 2022 Women’s WorldTour has been announced and not only are there more days than ever, but there will also be more top tier women’s racing in the UK.

Next year’s highest level of international racing will consist of a total of 67 days, with the UK hosting a six-day Women’s Tour and three days allocated for RideLondon.

This is a significant increase in WorldTour race days, the previous highest number was 52 in the last pre-pandemic season, 2019. That same year there were seven days in the UK, with the one-day RideLondon Classique and the first six-stage Women’s Tour.

The most notable addition to the calendar is an eight-stage Tour de France Femmes, which will begin on Sunday July 24, the final day of the men’s race. However, despite race organisers ASO recently telling Cyclingnews La Course by Le Tour de France would continue, it is not included in the calendar.

Of the British races, while the Women’s Tour has always been a stage race RideLondon is traditionally a one-day event, the peloton previously tackling a criterium around central London. A stage race solely in the capital is both highly improbable and it remains to be seen what form the event will take, though should it venture out into the Home Counties that will surely preclude the Women’s Tour visiting South-East England, especially as the two are only seven days apart

The series begins with Strade Bianche on March 5 and, as has always been the case the vast majority of the WorldTour is in Europe. Indeed, with the omission of Australia’s Cadel Evans Great Road Race only the three day Tour of Chongming Island near Shanghai, is anywhere other than the sport’s heartland.

A notable returnee is the race formerly known as the Giro Rosa which has reverted to the title Giro d’Italia Donne. After being ejected from the WorldTour after being unable to fulfil the criteria set by the UCI for top tier events, most notably live TV coverage, the new management has clearly assured the powers that be it can comply with the requisite regulations.

The Italian race will stay at its traditional 10 days at the start of July, creating a level of fixture congestion not before seen in the Women’s WorldTour.

In the 114 days between the start of Itzulia Women on May 13 and the end of the Simac Ladies Tour (listed on the UCI website by its old name of Boels Ladies Tour) there are 49 days of WorldTour racing in eight different countries.

Though this is obviously dwarfed by men’s races, this year’s nine Women’s WorldTeams only have an average of 13.2 riders each. And with all those outfits required to send teams – normally of six women – to all WorldTour races, that period will be a very busy time for riders and staff alike.

However, with more WorldTour teams due to be created next season, and an exponential increase in coverage, budgets and squad sizes may well help facilitate the increased commitment.

However, this increase in those commitments begs the question what will happen to ProSeries and lower-level races, as without top teams and their big names these events may struggle to attract the funding required to continue.

Along with Itzulia, the inaugural edition of which was slated for this year but cancelled because of the world health situation, there is a further new stage race with Battle of the North set to replace the four-day Ladies Tour of Norway.

The original aim was to run a 10-day event, but with organisers of the two Swedish races in Vårgårda unwilling to join in it will be restricted to six stages, visiting Denmark and Norway with one stage dipping into Sweden.