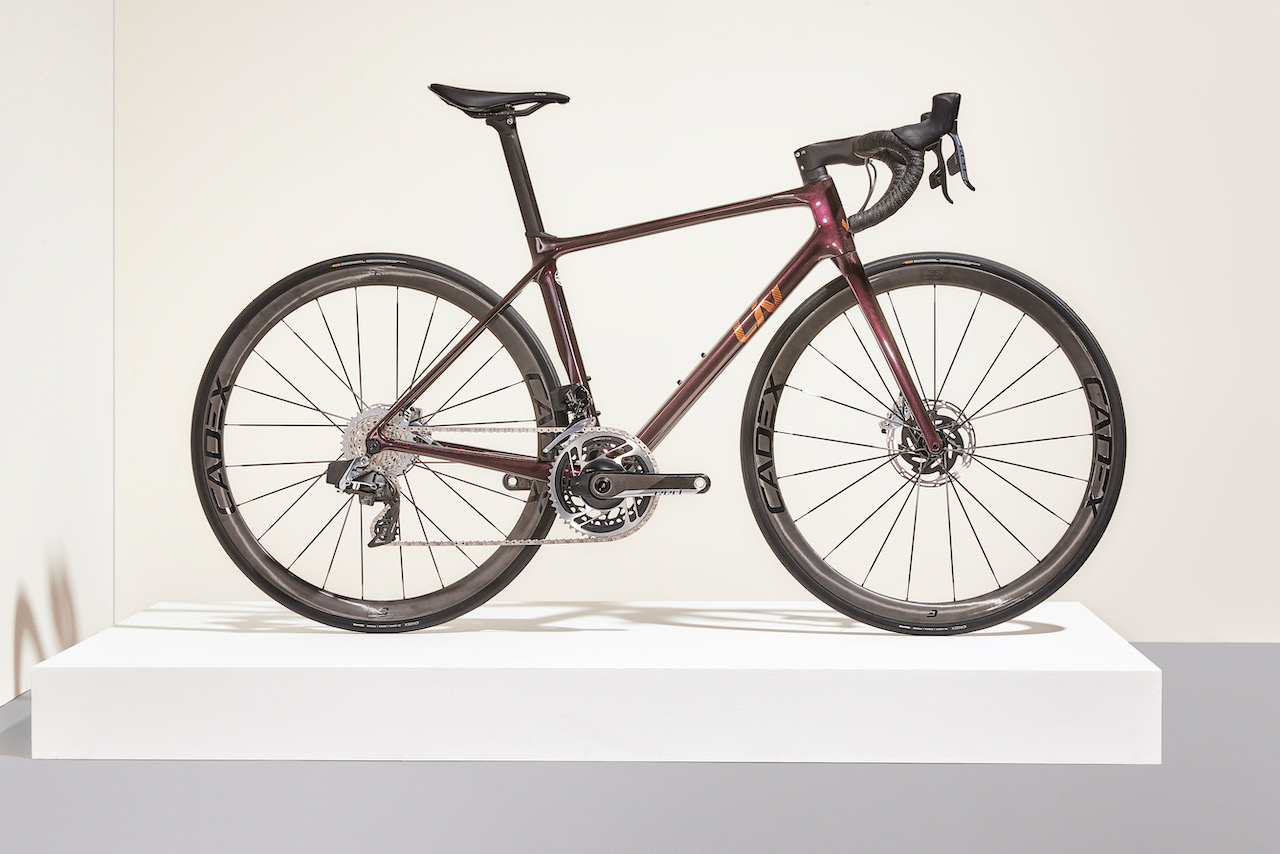 The Langma Disc range is one of the widest in the Liv catalog, ranging from World Tour level performance to bikes perfect for new road riders — offering eleven models in total.

“We are committed to designing the most technologically advanced bikes on the market, and the new Langma Disc range is no exception,” said Phoebe Liu, chief branding officer for Giant Group, noted in a press release earlier today. “This bike builds on the success of the original design as an all-around performance race bike that excels at climbing and is made for riders to confidently push their limits.”

The name Langma comes from the Tibetan name for Mount Everest, “Chomolungma,” stating upfront that this machine lives for the climbs. Don’t forget, the Langma isn’t new to the bike world. The Langma has proven itself in the World Tour under the CCC-Liv (now Liv Racing World Team) with 47 wins and six national championships to its credit.

Revamped for its second edition, Liv’s Langma boasts input from the world’s most prestigious riders. Race legends Marianne Vos, Coryn Rivera, and countless others helped guide the Langma into the machine it is today. From the sounds of it, the changes were well received and the 2022 Liv Langma is Liv Racing World Teams official race bike for the 2021 season.

Liv’s new Langma Disc features the latest evolution of aero tubing and signature touchpoints. Developed in collaboration with the Liv engineering team, pro athletes, and leading aerodynamic experts — Liv is comfortable stating the Langma Disc is the most responsive bike in the current lineup.

The engineering team went with Advanced-SL Grade composite to cultivate a stiff and light ride from the start. The Advanced SL carbon employs longer, continuous pieces of carbon fiber that Liv feels gives the frame a stiffer ride — plus, it makes the new Langma frameset 60 grams lighter than the previous model.

“The first-generation Langma is already an accomplished race bike, and our new carbon frame technology raises the bar even higher,” said Sophia Shih, lead engineer of on-road development for Liv Cycling. “Last year, our WorldTeam tested prototypes, and we incorporated their feedback into the final design. We updated its geometry for wider tire compatibility, optimized the stiffness-to-weight ratio, and improved the bike’s overall aero advantage.”

Livs 2022 Langma arrives with an updated fork that boasts 50% more lateral stiffness than the first-generation Langma Advanced SL to provide responsiveness and better handling. Like most Liv carbon bikes, the Langma utilizes an oversized bearing headset, and the new Advanced SL version arrives with the all-new Liv Contact SLR handlebar, keeping all wires and hoses expertly hidden for a clean aero look.

Liv’s Langma arrives in three different series and eleven models, offering something for every rider and budget.

Advanced SL Disc series is the top of the line and comes with all the trappings of a purebred race machine, including the new CADEX wheels. Next down the line is the Advanced Pro Disc and Advanced Pro series, both feature Liv’s Advanced-Grade Composite frameset, truncated ellipse tubing. All frames come with a redesigned symmetric aero composite fork with increased clearance for tires up to 32mm.

Frame sizes range from XXS-Large across all models. Select models of the new 2022 Langma Disc range are available now.

As of right now, there is no concrete date for when you’ll see the new Langma at your local shop. For real-time availability, Liv suggests you contact your local Liv retailer online at www.liv-cycling.com.