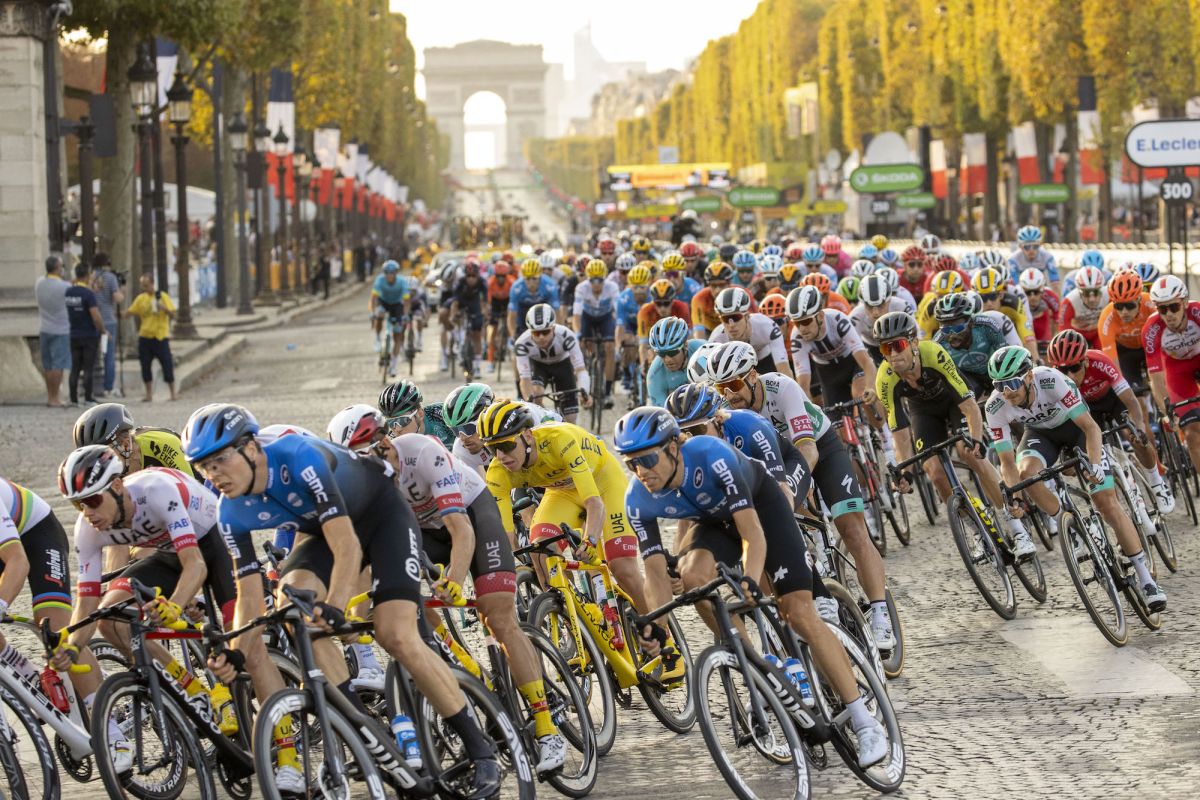 The 2021 Tour de France has now been revealed with confirmation of its four stages in Brittany to begin the race as well as two time trials, a double ascent of Mont Ventoux, and a visit to Andorra during the race.

The 108th edition of the Tour will begin in Brest in Brittany on June 26 and stay in the region for four stages before making its way down through the centre of the country and reaching the Alps for the first set of mountain stages at the end of the first week.

The race will then transition towards the Pyrenees through the south, stopping off at the legendary Mont Ventoux along the way, where riders will take on two sides of the mountain before a downhill finish.

The riders then face some gruelling stages in the Pyrenees and a visit to Andorra, where the race spends its second rest day. There are some old familiar climbs, including the Col du Tourmalet along the way, as well as some newer climbs with the second inclusion of the Col de Portet following its introduction in 2018.

The race then takes on its second time trial on the penultimate day of racing, with organisers perhaps hoping for another dramatic final day showdown as we saw in this year’s edition.

The race will conclude with its traditional run into Paris and the Champs-Élysées on July 18.

The first stage of the 2021 Tour de France will have a sting in its tail with a finish to the top of the Côte de la Fosse aux Loups (3km at 5.7 per cent) which will see the puncheurs or the versatile sprinters have a chance at the first maillot jaune of the race.

Stage two will welcome back the Mûr-de-Bretagne at the finish, the steep climb known as the ‘Alpe d’Huez of Brittany’. It will certainly suit the climbers with a fast kick, which is why Dan Martin was the last winner here in 2018. The riders will climb it twice, finishing at the top the second time up.

The sprinters will have their first real opportunity on the penultimate stage in Brittany which features a flat parcours from Lortient to Pontivy.

The fourth and final stage in Brittany will once again be a flat run that should suit the sprinters. Mark Cavendish was the last winner when the race finished in Fougères in 2015.

The race’s first of two individual time trials should see the first real shake-up in GC with a fairly long 27.2km against the clock.

After the individual time trial the sprinters will be back to the fore with a visit to Chateauxroux for the stage finish.

Stage seven is the longest stage of the 2021 Tour and the longest distance of any Tour stage in 21 years. If the 249.5km distance isn’t enough of a test for all the riders, the 3,000m of elevation gain and the finish up the Signal d’Uchon (5.7km at 5.7 per cent) on the stage surely will be.

The race hits it’s first proper mountain day on stage eight with a finish to Le Grand Bornard. This will be the third appearance of the finish which comes after the final climb of the Col de la Colombiere (7.5km at 8.5 per cent), with the Julian Alaphilippe the last winner here in 2018.

The riders take on the first summit finish of the Tour to Tignes, which features this year following the stage cancellation in 2019 because of landslides. With the four categorised climbs before the climb to Tignes, it’ll be an attritional war over the 21.6km climb which doesn’t boast huge gradients at an average of 5.6 per cent.

The Tour de France leaves its brief stay in the Alps with a ride from Albertville to Valence for a likely sprint finish. It’ll be a welcome introduction back to racing following the rest day with what’s to follow on stage 11.

The legendary Mont Ventoux, the scene of so many classic Tour de France battles, returns to the race for the first time since 2016. There’s no summit finish here this year however, but there is the tantalising prospect of two ascents of the Giant of Provence, one approaching from the town of Sault (24.3km at five per cent) and the second on the harder and traditional approach from Bedoin (15.7km at 8.8 per cent). The race will then finish in the town of Malaucene after a descent down the third road of Mont Ventoux.

A bunch sprint is expected in Nîmes as the race begins its transition from Ventoux to the Pyrenees.

The race picks up where it finished on stage 13 with another sprint finish expected to Carcassone after a long 220km southward.

Stage 14 will be the first introduction into the Pyrenees for the riders with three categorised climbs en route to Quillan. The climbs may not be the huge summits of the Pyrenees proper, but they’ll provide a launchpad for attacks and perhaps a chance for the breakaway to succeed.

The race leaves France for the only time into the principality of Andorra where there’ll be four categorised climbs to take on before a downhill run to the finish in Andorre-La-Vieille. The Port d’Envillara (10.7km at 6.2 per cent) climb along the way will be the Souvenir Henri Desgrange (the race’s highest point) at 2,408m in altitude. The race last visited Andorra in 2016 when Tom Dumoulin won to Andorra Arcalis.

After the second rest day we’re unlikely to see a battle for yellow break out with the stage and climbs more likely to provide a chance for the breakaway to succeed. The GC contenders will look towards the following mountains in the Pyrenees to make a real difference.

Stage 17 has a striking similarity to 2018’s 65km stage that began with a grid start. Significantly longer, the route still takes on the Col de Peyresourde (13.2km at seven per cent) and the Col de Val Louren-Azet (7.4km at 8.3 per cent) before a finish to the top of the Col du Portet (16km at 8.7 per cent), the second use of this climb in Tour history.

As we leave the Pyrenees the sprinters will get one final chance before Paris to take a priceless victory, while the GC contenders will hope to recover ahead of the last big test of the race on stage 20.

Potentially hoping for a repeat of 2020’s thrilling finale in the stage 20 time trial to Plance des Belles Filles, the 2021 Tour will once again finish it’s racing in earnest with an effort against the clock. This time there’s no massive climb at the end of the course, but at 30.8km there’s more than enough distance for someone to leapfrog into the yellow jersey at the last opportunity.

The race concludes with it’s traditional procession into Paris before a final bunch sprint on the Champs-Élysées.