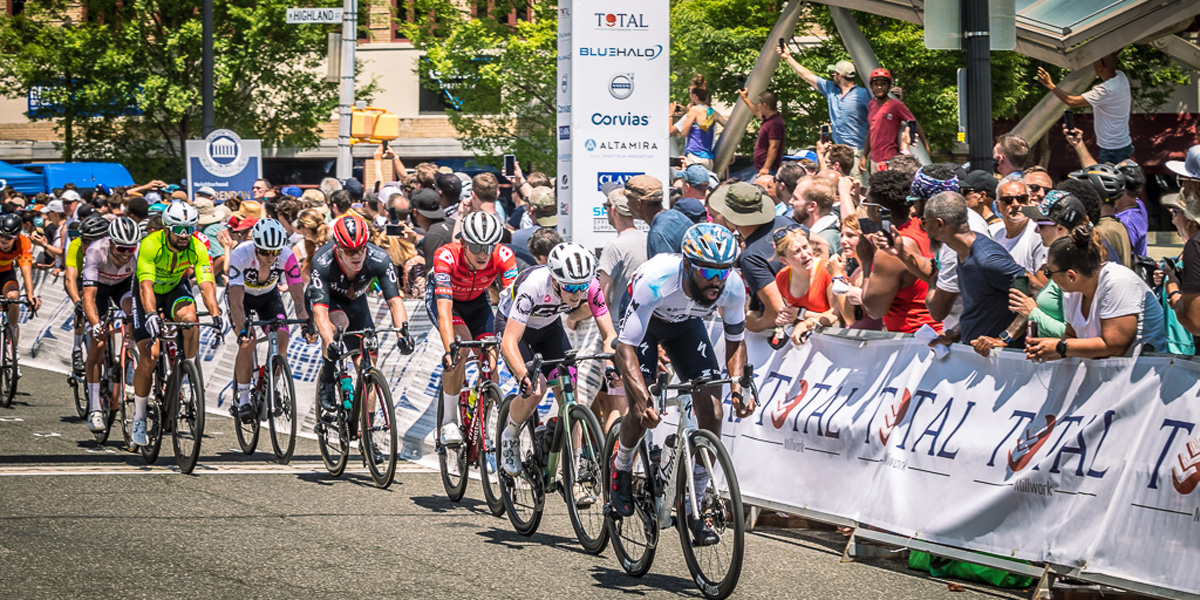 With COVID Protocols slowly being lifted around the United States, the US Criterium Calendar got off to an exceptional week of racing held in Arlington, Virginia this past weekend June 5th and 6th. In its 23rd year, the Arlington Armed Forces Classic kicked off the first Post big race of the year. Fans were truly delighted to see the sports, recreation, and delightful leisure time return to the region. In many ways, this event felt like the first normal day experienced by those in attendance. Despite an unusually hot day in the region (with temperatures soaring well into the mid-90’s F) fans were truly delighted to enjoy all that this weekend had to offer. What these two days offered was some of the very best racers in the National Calendar to show off their form and let their legs reveal how well they maintained their form over the winter. 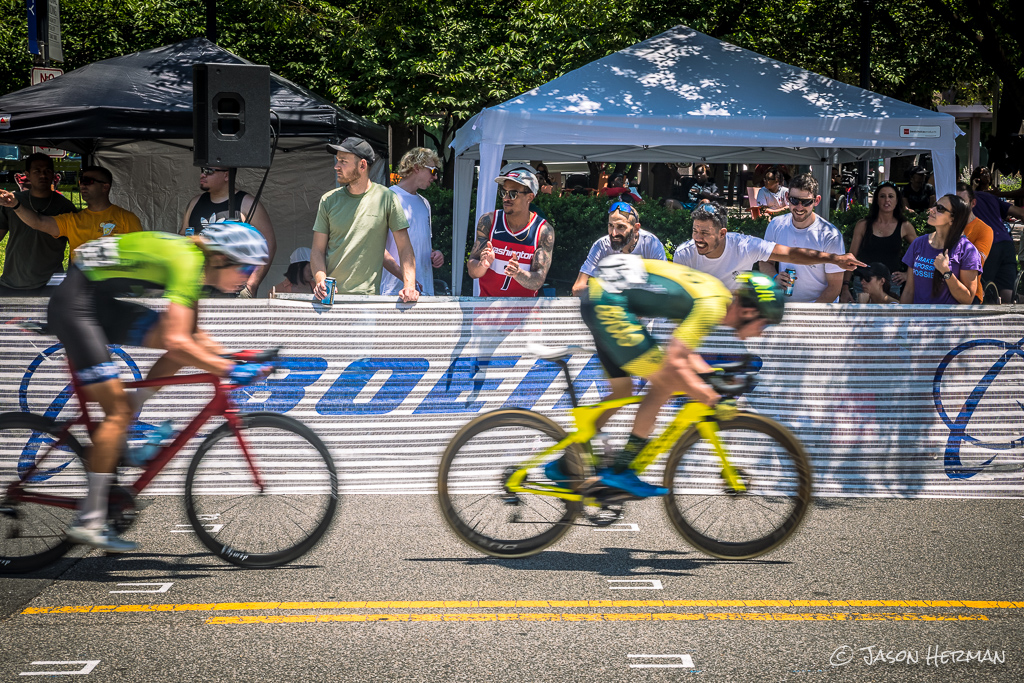 Please enjoy the gallery as we relive our best memories of this weekend’s races. Despite the ink on the result sheets still barely died off, we are already looking forward to the 24th edition of this race in 2022. If there is one thing not to be missed in the Mid Atlantic it is the Arlington Armed Forces Classic. 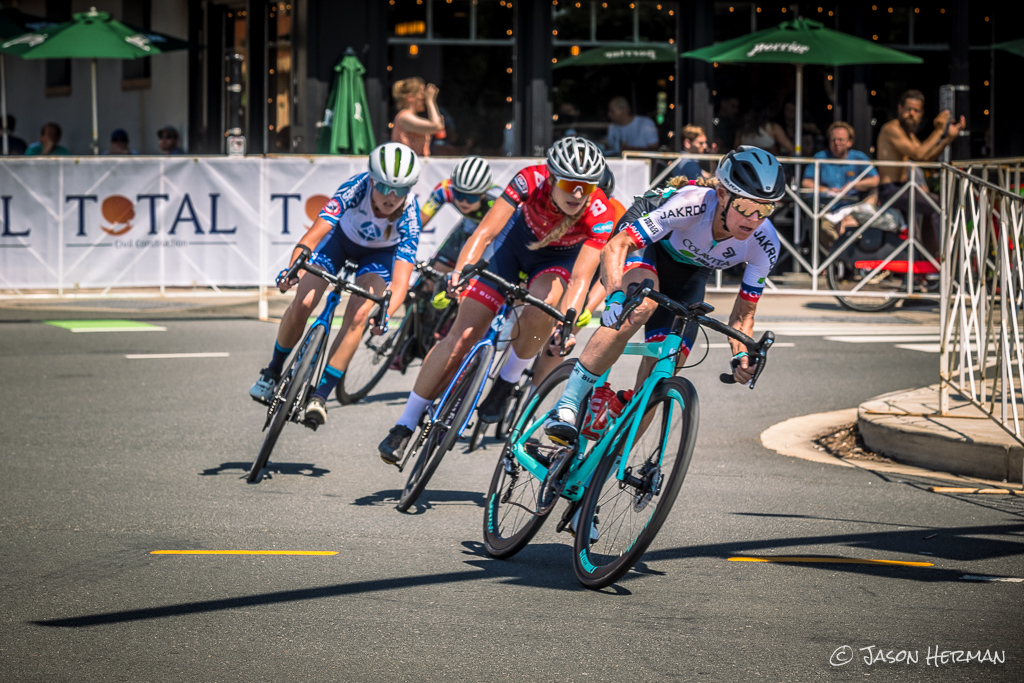 Sprint Win for Coles-Lyster at Clarendon Cup and a Solo Break for Vogel
After over a year of event cancellations, the men and women came ready to race at the 23rd annual Armed Forces Cycling Classic. Saturday’s Crystal City Cup was a challenging primer that resulted in a repeat win for Kendall Ryan of L39ion of Los Angeles and first time win for Connor Sallee of ButcherBox Cycling. 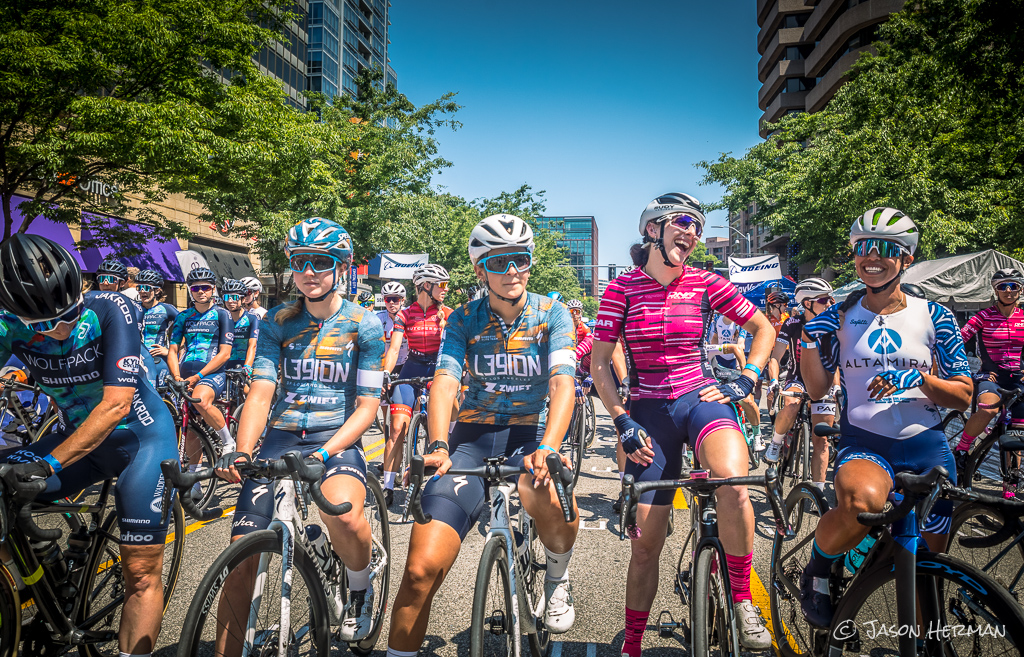 Women’s Start Line: A few laughs before the start of the race. Most of the top 3 on todays podium are all lined up next to one another 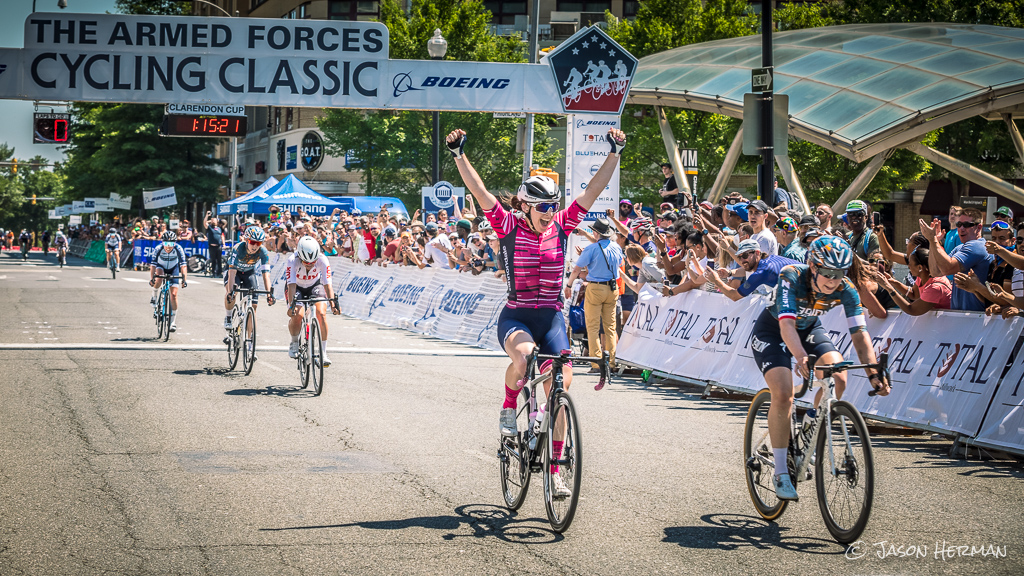 The Clarendon Cup was hot and the attacks never stopped during the women’s race. Instafund, Lux p/b sideshow, L39ion of Los Angeles, and CWA Racing p/b Trek were taking turns at the front driving the pace. It ended with a sprint finish and Maggie Coles-Lyster of DNA Pro Cycling Team edged out the 2019 winner, Kendall Ryan of L39ion of Los Angeles at the line. 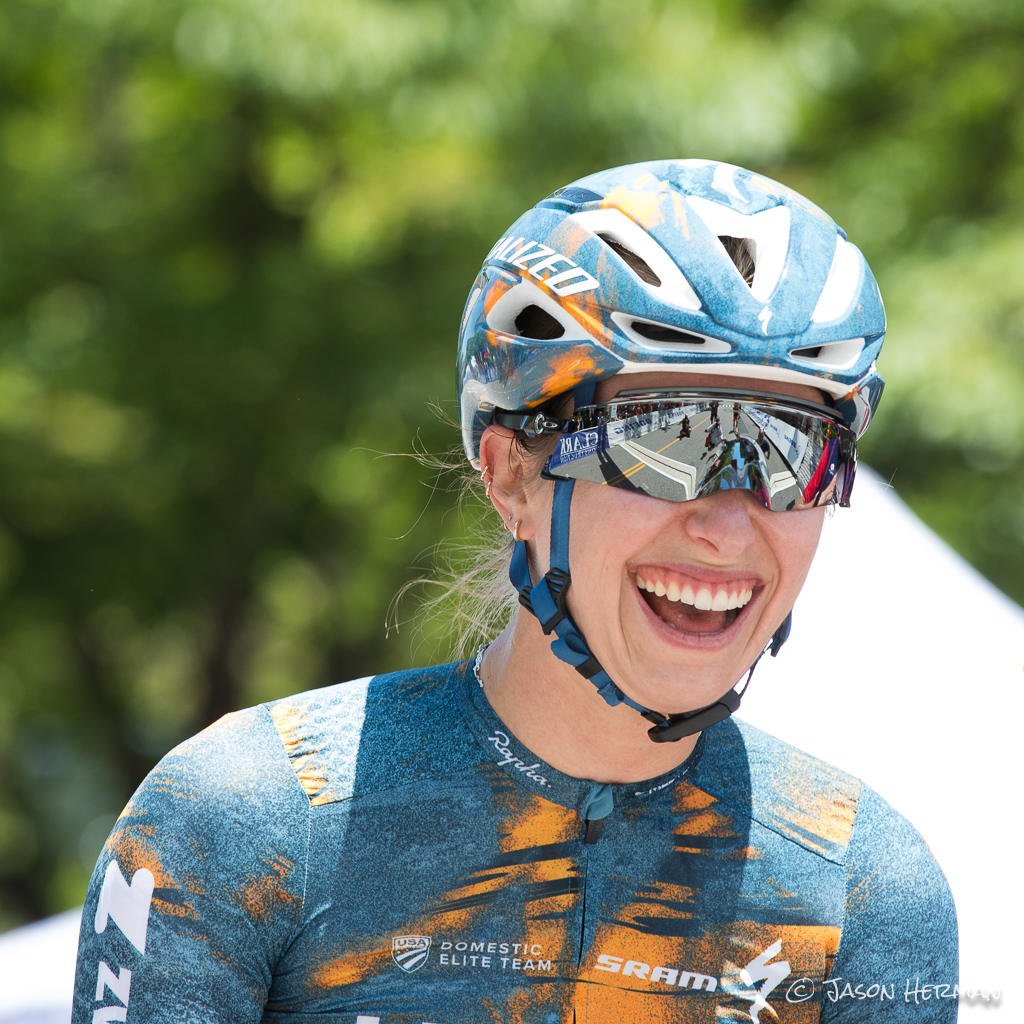 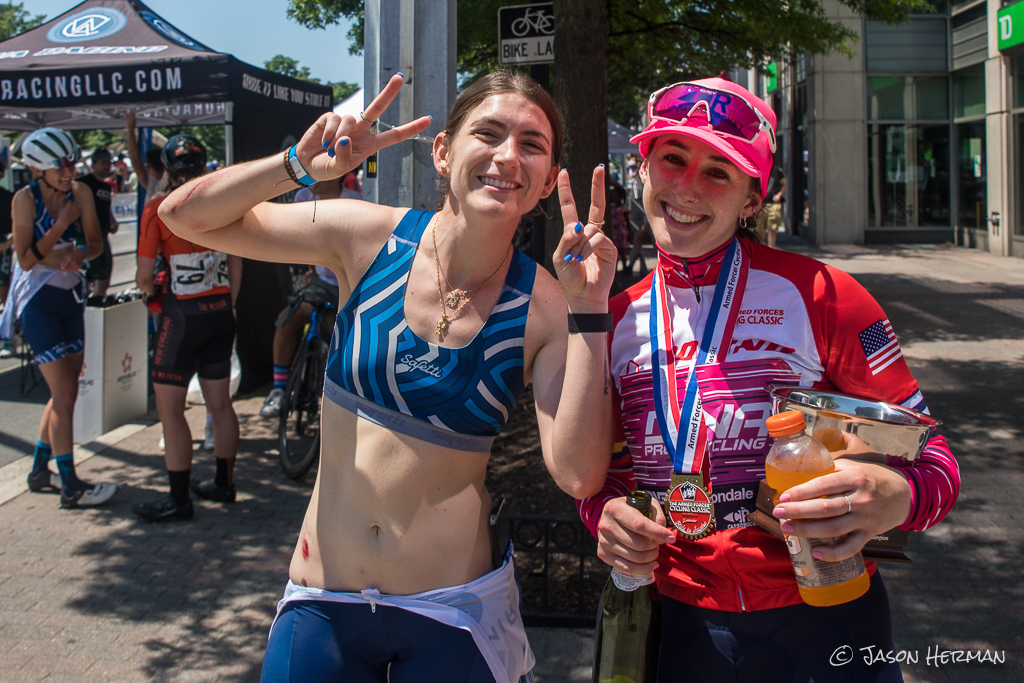 Maggie Coles Lyster (DNA Pro Womens Cycling Team) with Alexi Costa (CWA Racing) after the race. Two great competitors and friends sharing stories. Maggie with the trophy, and Lexi with the scabs to remember. Alexi was involved in a pileup earlier

The men’s race got off to a rocky start with a mass pileup at the beginning that neutralized the race and officials ultimately restarted it. The excitement didn’t end there, after several attacks splitting the peloton into two groups, Stephen Vogel of Project Echelon Racing did a seated attack, got a gap and committed with approximately 25-laps to go to a solo time trial-style win, holding the main chase group off with a 9-second lead. In a sprint finish for second place, Scott McGill edged out Noah Granigan of Wildlife Generation Pro Cycling, followed by Ty Magner of L39ion. 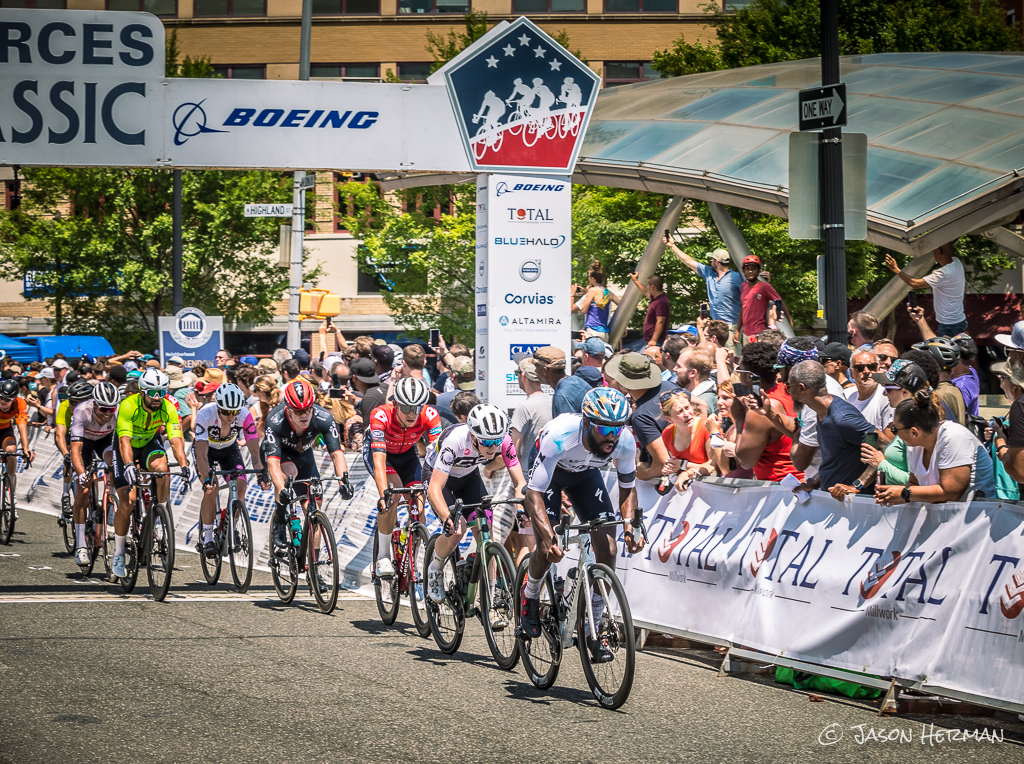 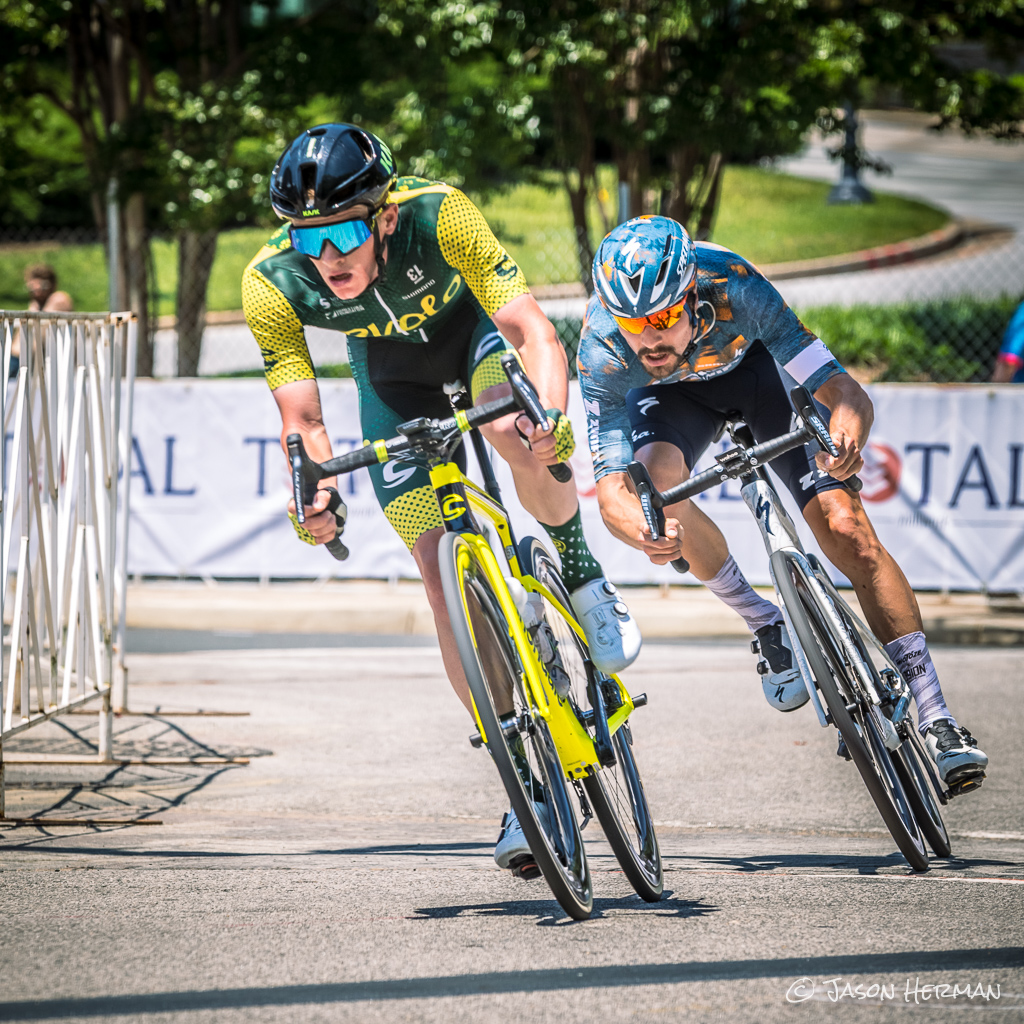 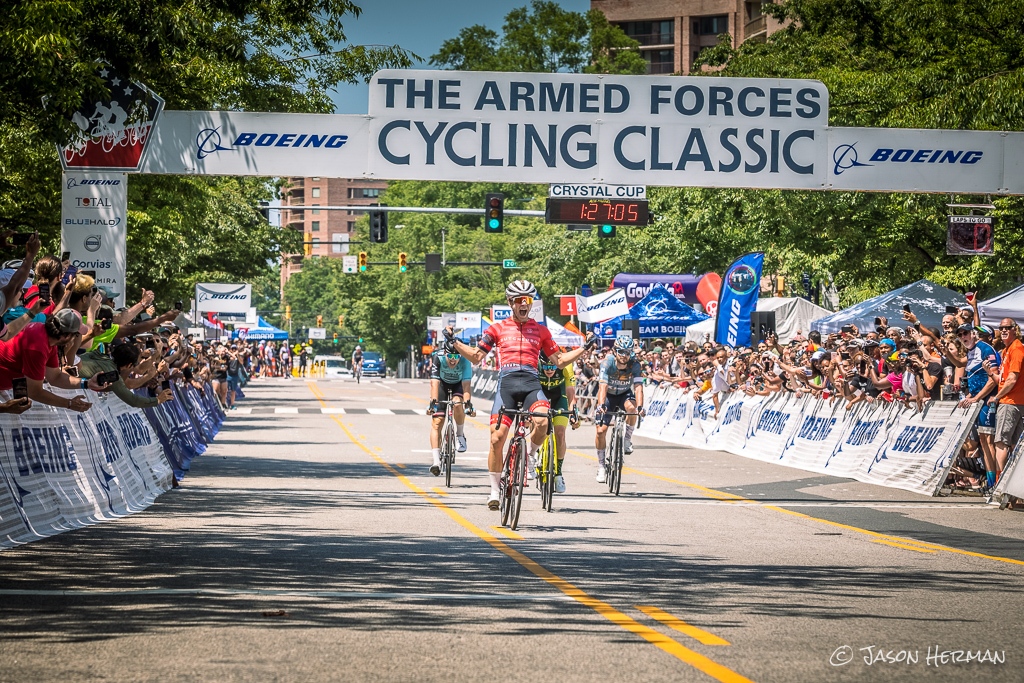 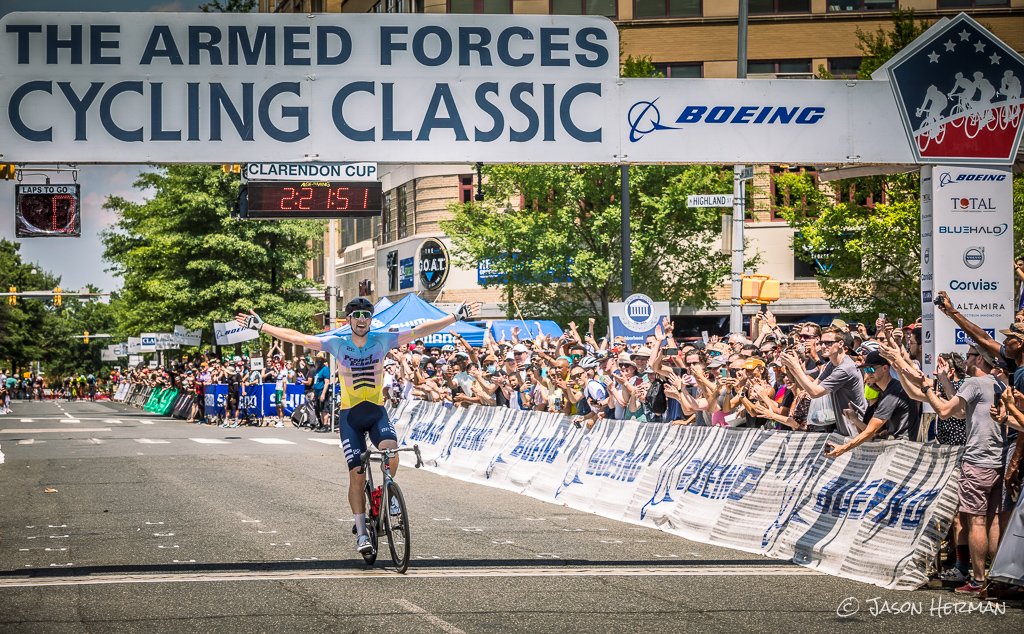 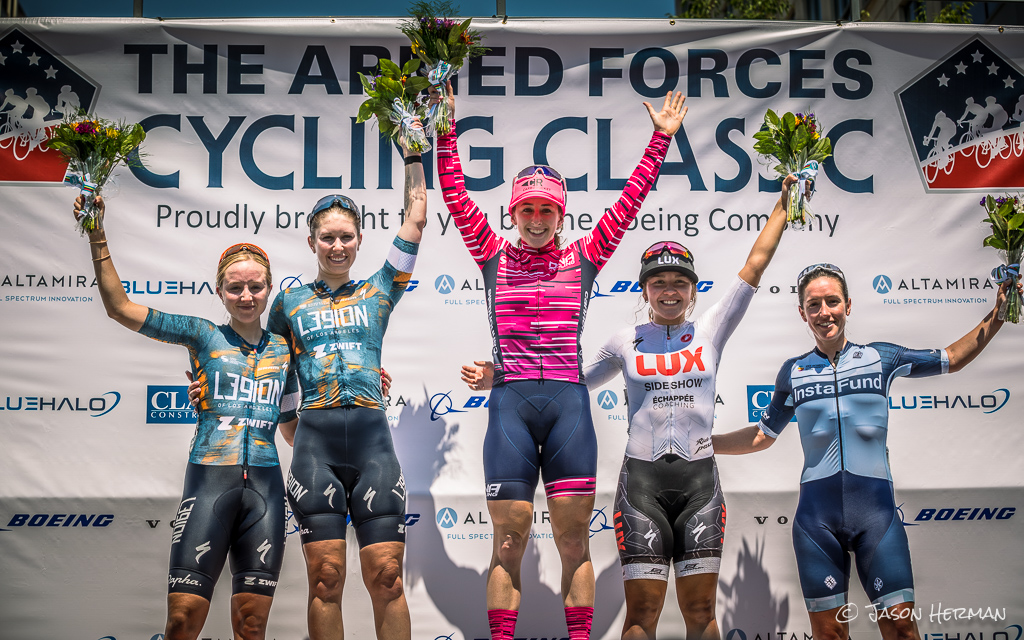 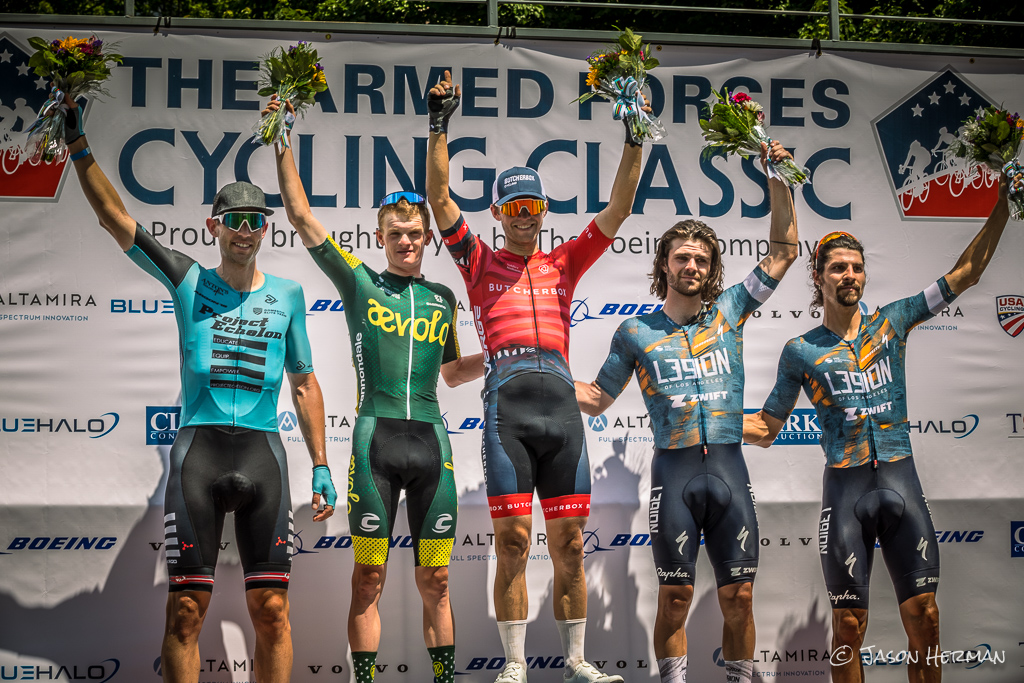 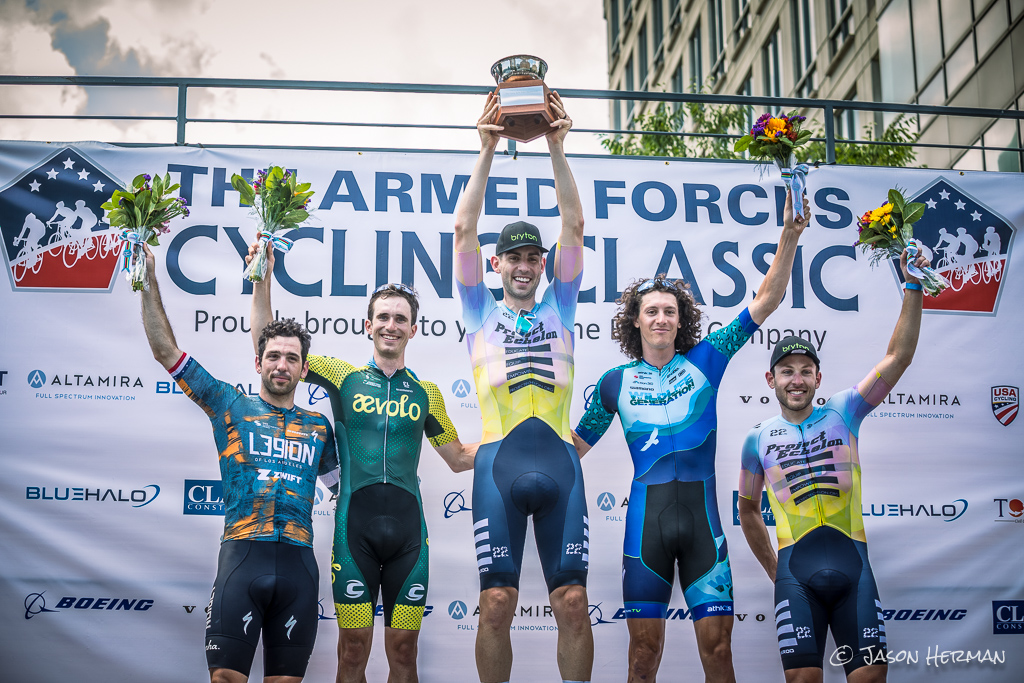 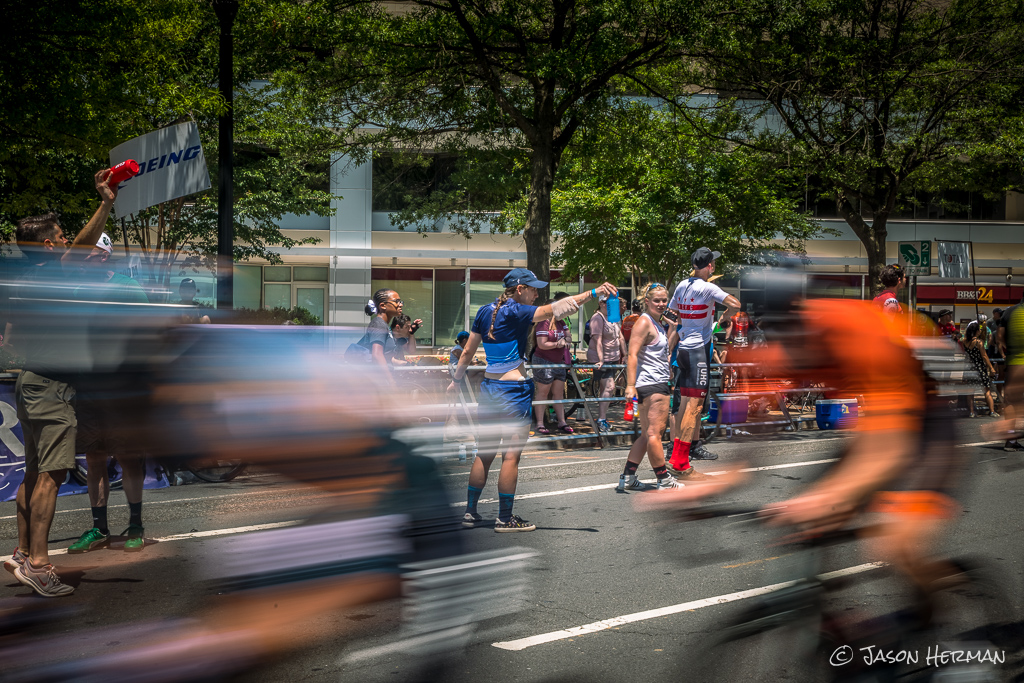 Fans were treated to a treat to the excitement of he feed zone on the front of the course instead of the backside. If you look closely you will notice Alexi Costa (CWA Racing) bandaged up doing double duty by helping her teammates