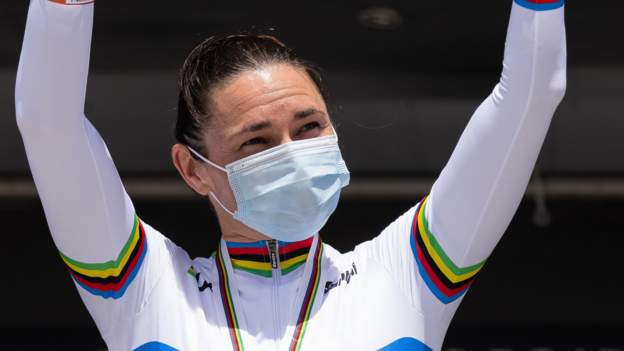 Sarah Storey won one of four golds for British riders on day one of the Para-cycling Road World Championships.

Steve Bate and his pilot Adam Duggleby took the men’s tandem B trial while Lora Fachie and Corrine Hall won in the women’s tandem event.

It was a first world title on two wheels for the 25-year-old, who is ranked fifth in the world in the PTS5 men’s category and could be in line to represent ParalympicsGB in two sports in Tokyo.

“I feel pretty overwhelmed,” he said. “I came here without any expectations, I just came out to have a good ride and thankfully I did.

“I was always going to be happy no matter what, as long as I got everything out that I could on the day, and I did. I couldn’t have ridden it any better so I’m chuffed with that.”

Elsewhere, Ben Watson was fourth and Fin Graham fifth in the men’s C3 time trial while Will Bjergfelt was ninth in the men’s C5 race – three minutes off the pace – six weeks after suffering a broken fibula.

The event, the last major international competition before the Tokyo Paralympics, continues until Sunday.

Inspired to try a new sport?

Find out how to get into disability sport with our special guide.