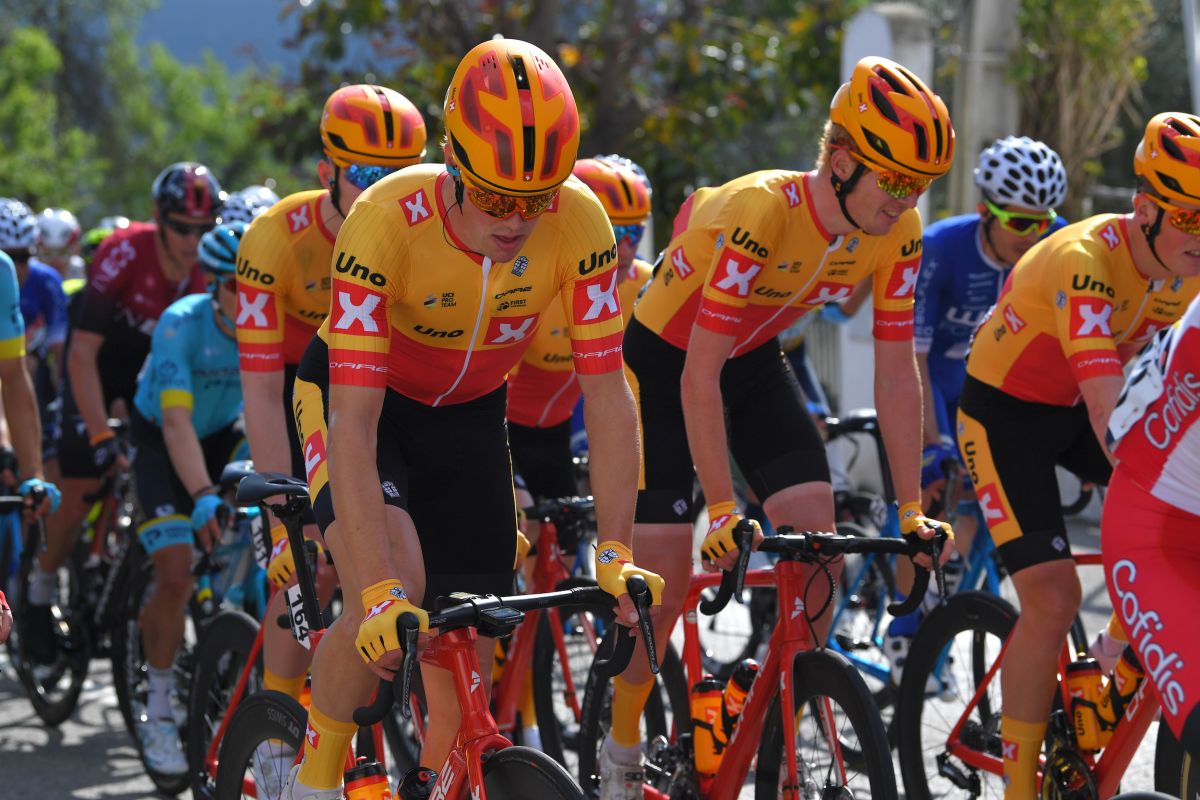 Norwegian UCI ProTeam Uno-X Pro Cycling have announced that they are applying for potential WorldTour status in 2023 after several strong showings in the top tier this year.

The team are committed to bringing the ‘Ajax Model’ to the top tier of pro cycling, by developing new talent to become the next big thing in the sport with smaller salaries than the rest of the big teams.

Uno-X said: “We will continue to race like today. The team will be more important than anything else, and the yellow-red train will keep on rolling. Our ‘Ajax Model’ will continue its development. We won’t aim for the highest salaries, but we will aim for a team devoted to the mission of representing something unique. When riders want to move on we will support them. When riders want to stay we will guide them. That is our DNA.”

The ‘Ajax Model’ is based on the successful set-up at the Dutch team Ajax, who have managed great success by developing their own talent before allowing them to leave and join bigger teams as the team brings through more talent from the academies.

This approach has been working well for the team with some of their former riders joining the WorldTour, such as Tour de l’Avenir winner and Giro d’Italia top-10 Tobias Foss (Jumbo-Visma) as well as Norwegian time trial champion Andreas Leknessund (DSM).

Uno-X have shown to be very strong across varying terrain but especially in the Classics, where the team have managed to get some very good results with a top-10 at the E3 Saxo Bank Classic being one of the highlights.

Rasmus Tiller, a former WorldTour rider, has been resurgent since joining the team, winning Dwars door het Hageland as well as a very strong second place at Le Samyn, while the squad has also put two riders in the top-10 in the overall at the Tour of Turkey and have five of their riders currently competing in the 2021 under-23 Giro d’Italia, with one in the top 10.

They also showed a very strong sprint line-up at the Tour of Turkey where they put on a very impressive lead-out train for their sprinter, formally of Ineos and EF Education-Nippo, Kristoffer Halvorsen.

Recently the Scandinavian team also announced that they would be forming a new women’s team that they hope can be in the Women’s WorldTour in 2022.

But they are not the only team that is trying to get into the WorldTour, as the Italian squad owned by Alberto Contador and Ivan Basso, EOLO-Kometa are rumoured to be looking at signing some big names for 2022 including Vincenzo Nibali (Trek-Segafredo), Elia Viviani (Cofidis) and Gianni Moscon (Ineos Grenadiers).

With Total Direct Energie joining a potential push to the top tier of pro cycling too, the team made a huge amount of strong signings for the 2021 season and are one of the teams rumoured to be taking on the services of Peter Sagan (Bora-Hansgrohe) and his entourage.

Another team that could easily fit into the fold at WorldTour is Monument and Grand Tour stage winning team, Alpecin-Fenix. With the likes of Mathieu van der Poel and Tim Merlier as well as a very strong team around them, they are one of the strongest sprint and Classics teams around.

French squad Arkéa-Samsic could also look at the WorldTour, especially as their big-name rider, Nairo Quintana is wanting to try and win another Giro d’Italia, his team is very unlikely to get invited to the race so being top tier may be the only way to get to the Colombian’s goals.