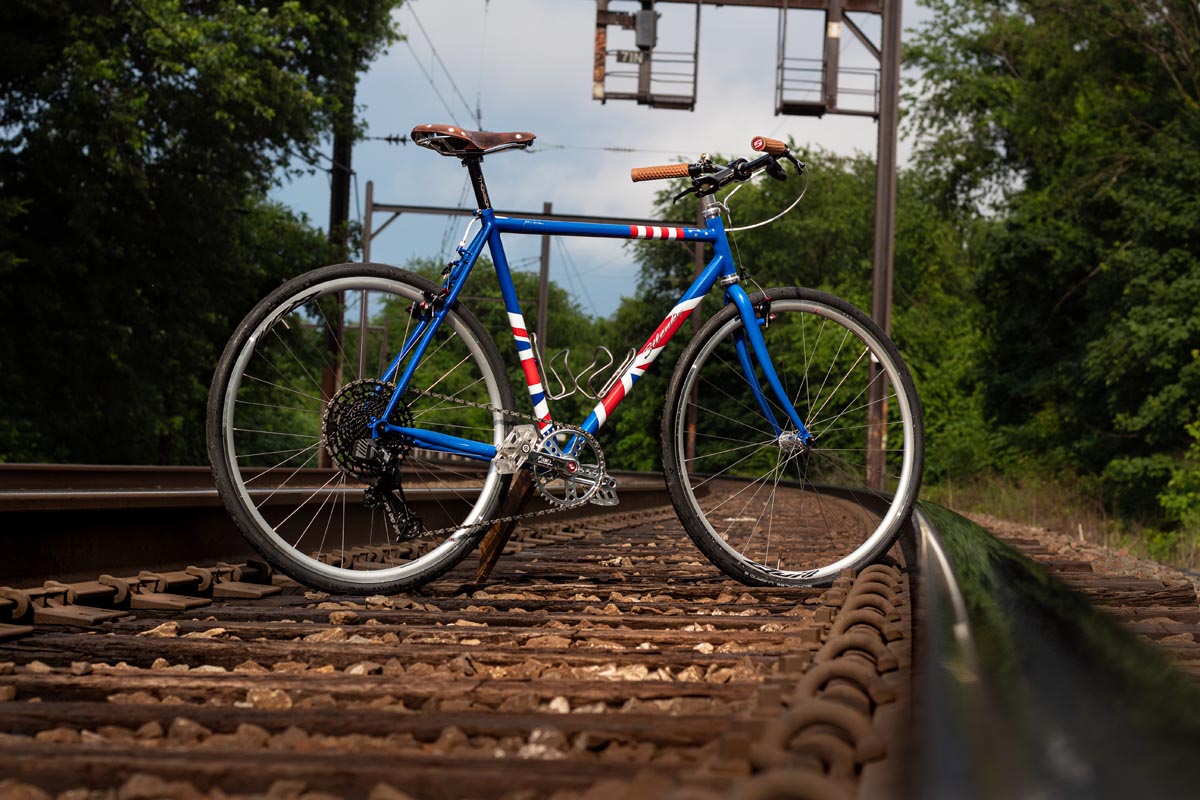 As a small frame builder, if you got a request from the government out of the blue to build a special bike for an undisclosed client, would you believe it? That was the situation Stephen Bilenky of Bilenky Cycle Works found himself in, after being approached by the U.S. Department of State.

The ask? Build a bike for the British Prime Minister, Boris Johnson, using as many American-made parts as possible. Oh, and do it for only $1500 with an extremely short deadline. According to Bilenky, ([the Department of State] gave a good sales pitch on the zoom meeting. Later when I asked, she said they found us by doing an internet search of American-built bikes. I guess my name started with B, so I was ahead of Chapman and Weigle. Maybe I was the only one that would agree to a June 4th deadline. Or work for $1500….”

When it came to the bike itself, Bilenky says that they requested an upright commuter design. “I based it off my classic, sport tour club bike from the 80’s, the “Bilenky Clubsman” (the name changed in the 2000’s to a gender neutral “Tourlite”, all my early names were British influenced).” According to the Philly Bike Expo’s facebook post, the ““Boris Bike” comes full circle back to its British roots as Stephen Bilenky started his frame building skills with an English builder from Birmingham – Jim Gittins.”

Built with help from Casey Sussman of Mars Cycles, who cut and brazed the front triangle out of tubing that he had on hand to help meet the tight deadline, the custom wheels were built by Bryan VanArsdale of Bicycle Revolutions.

We’re told to expect an additional collaboration between Bilenky and Mars in the future that will be called Junkyard Cats with a production run of tracklocross framesets (including a very small size).

With a goal of making it the most American bicycle possible (within the given time constraints), the spec list reads like a PBE highlight reel.

Surely, part of the motivation for the gift by President Biden to British Prime Minister, Boris Johnson, is to improve U.S. – British relations. Which makes the custom ‘Friendship Flag’ headbadge made by Jen Green, perfect for the occasion.

Along with the bike, there was also a Bern helmet custom painted to match.

So far, we haven’t seen Boris Johnson actually riding the bike, or any photos of Biden delivering it. But as Bilenky told ABC News 4, “I hope the bike doesn’t just sit there. It is not a museum piece; it’s made to be ridden”