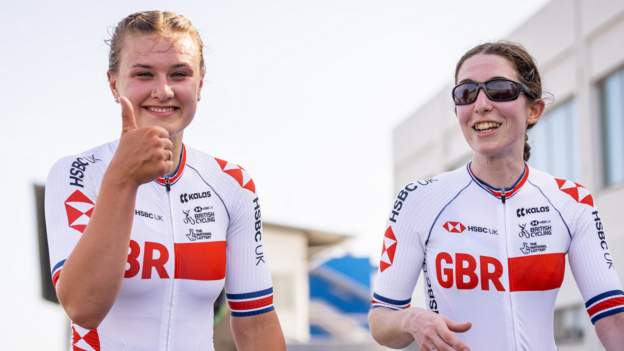 The duo, at their first World Championships, outsprinted their rivals in Estoril, Portugal.

Unwin and Holl had won bronze medals in both of their races at the recent World Cup event in Ostend, Belgium – their maiden international event together – and were fourth in Thursday’s road race.