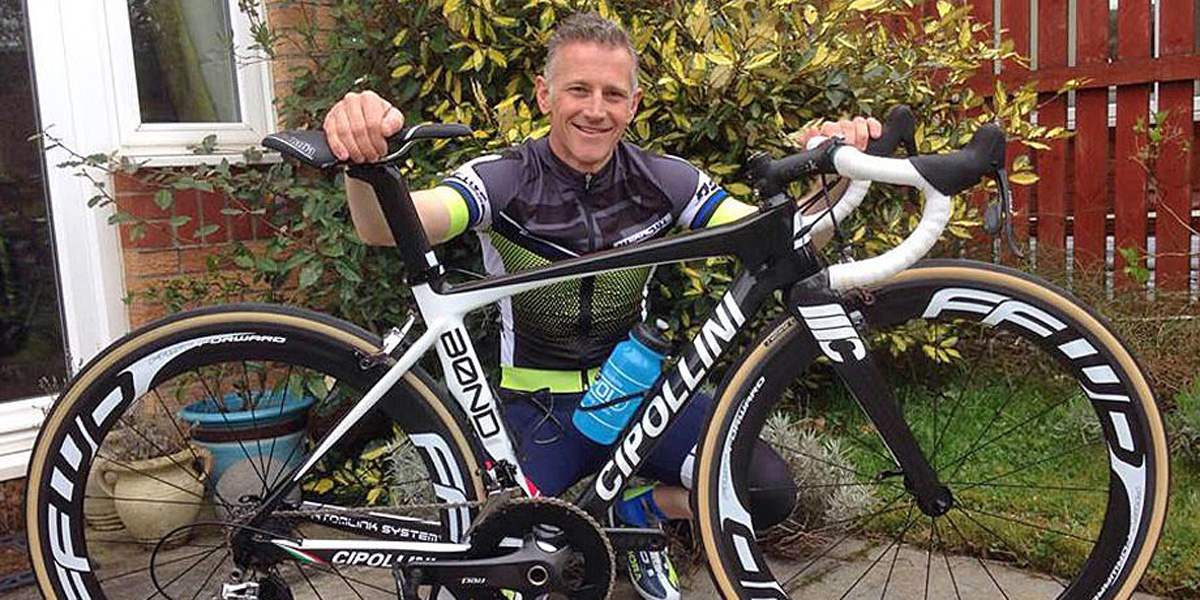 It’s not every day that you get to pen a Readers’ Rig piece for an old club mate, friend and multi-champion, but when Graham McGarrity purchased his striking Cipollini Bond it was time to, ‘have a word’.

Back in 2014, Matt McNamara reviewed the newly released Cipollini Bond for PEZ, you can read it HERE, watch our video of the 2018 RB1K “The One” here, and see the Cipollini Bikes website HERE. 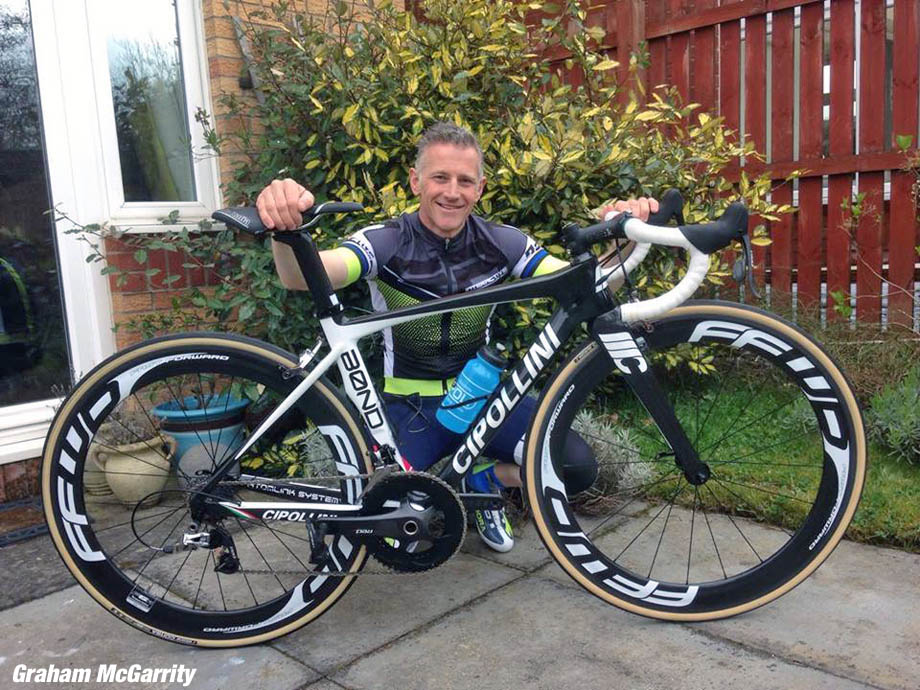 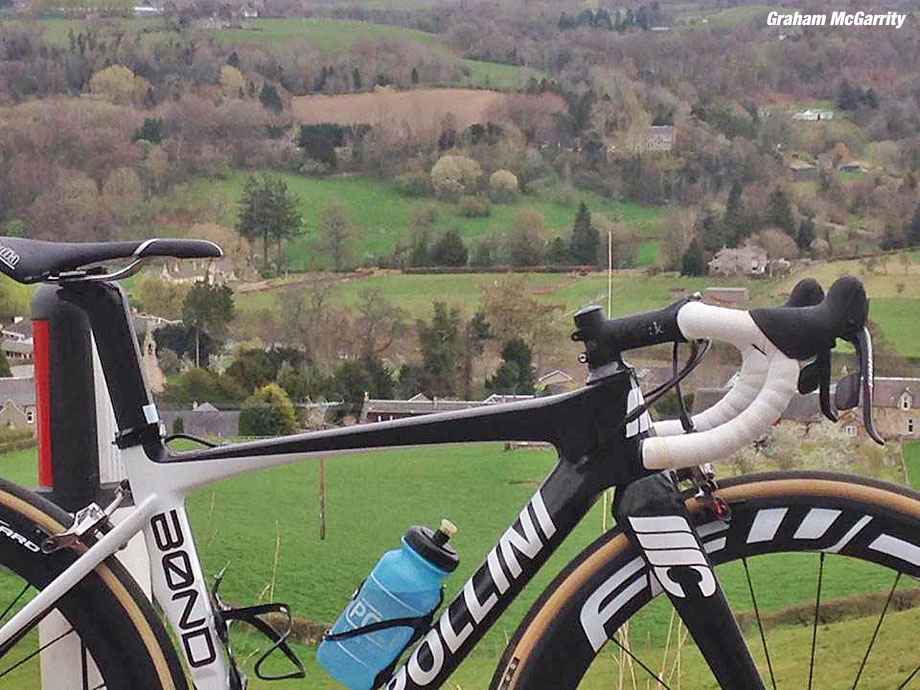 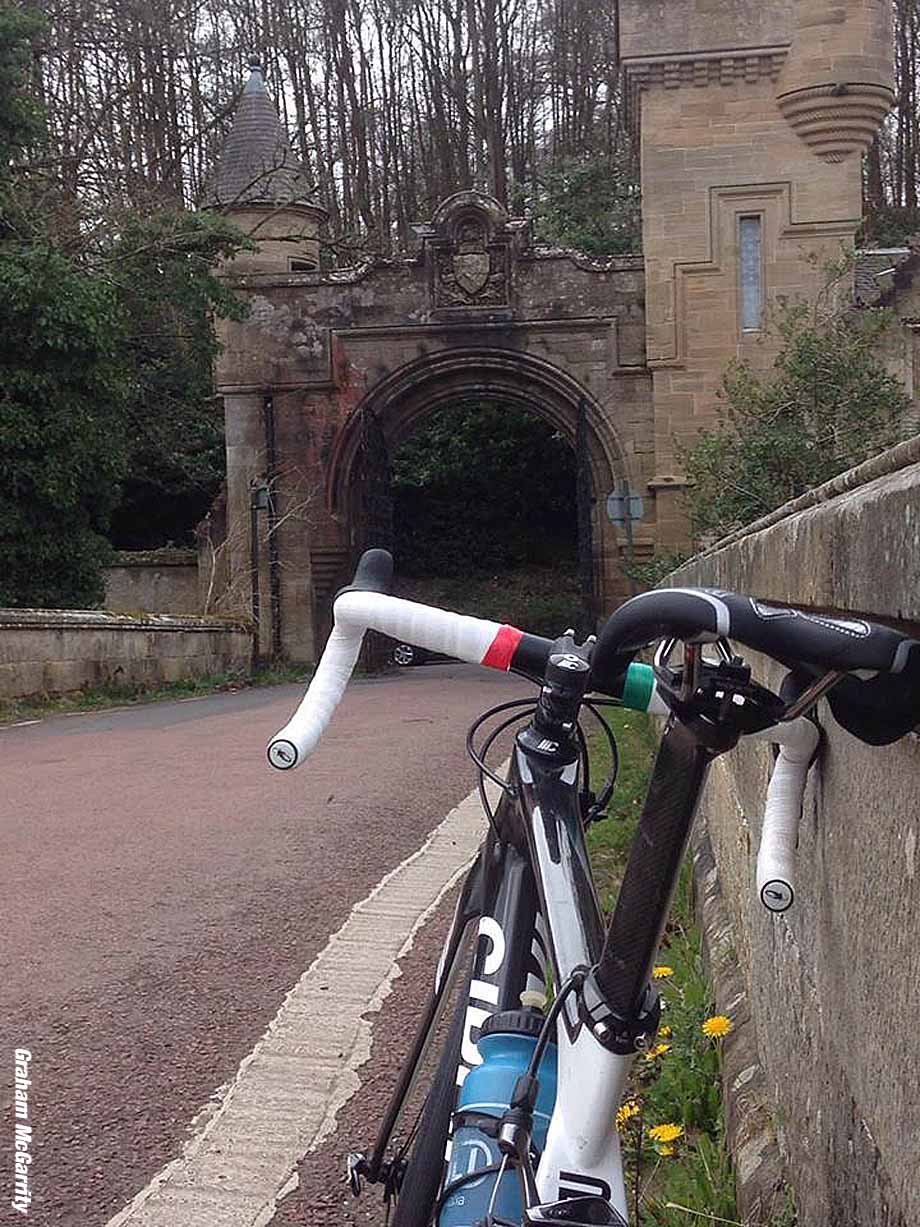 He also won the Beaumont Trophy Road race in England before Bradley Wiggins won it and has a total of around 100 road wins including the Tour of the North Pennines, the Davie Bell Memorial Road race twice, The David Campbell Memorial Road race twice, The Sam Robinson Memorial Road Race and the points Jersey in Tour of the Kingdom the year Brian Smith (who would go on to be a Motorola professional and won the British Professional Road Race twice) won it when it was a British Premier Calendar event. So it’s fair to say the man knows his way around a race bike. 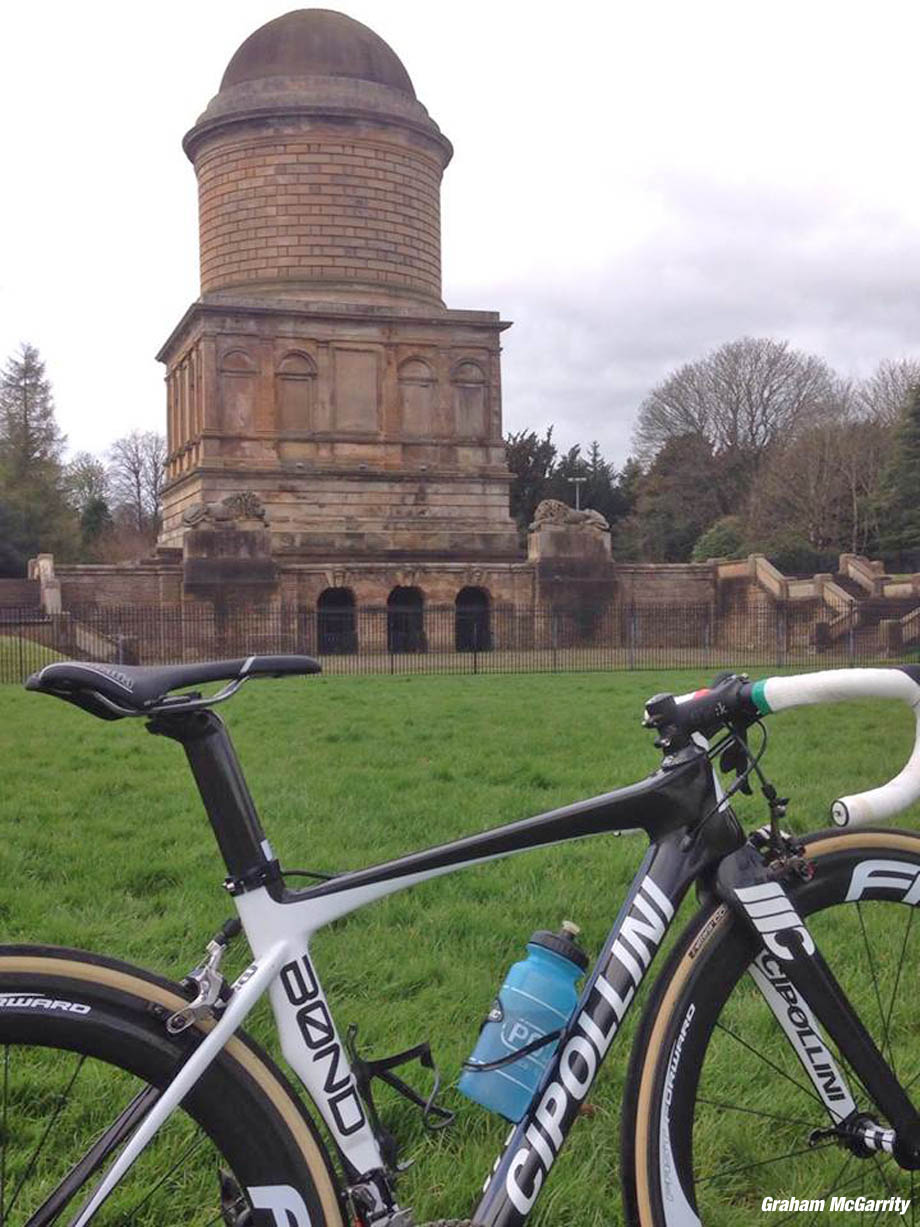 We started off by asking how many seasons he’d been racing a bike?
Graham McGarrity: First season on the bike was 1978 and my first open race was, I’m sure, the Scottish Schoolboys Time Trial Championships at Dundee – I’m pretty certain that I didn’t crack 30 minutes. And I’ve been racing every year since then, although the enthusiasm has gradually worn off now and I really can’t see me racing next year. But I usually ride between 150 – 400 miles each week. Mostly it’s all reasonably fast stuff: I go out with the famous ‘Bundy’ chain gang most Tuesdays and Thursdays which is a 50 mile ride with 30 of those being a ‘smashfest’ round the Clyde Valley. Throw in some hill or sprint sessions, and then at the weekend I like to try to get a 100m ride done, that’s usually nonstop with a big bottle, pocket full of jelly babies and the ipod, leaning on it all the way. 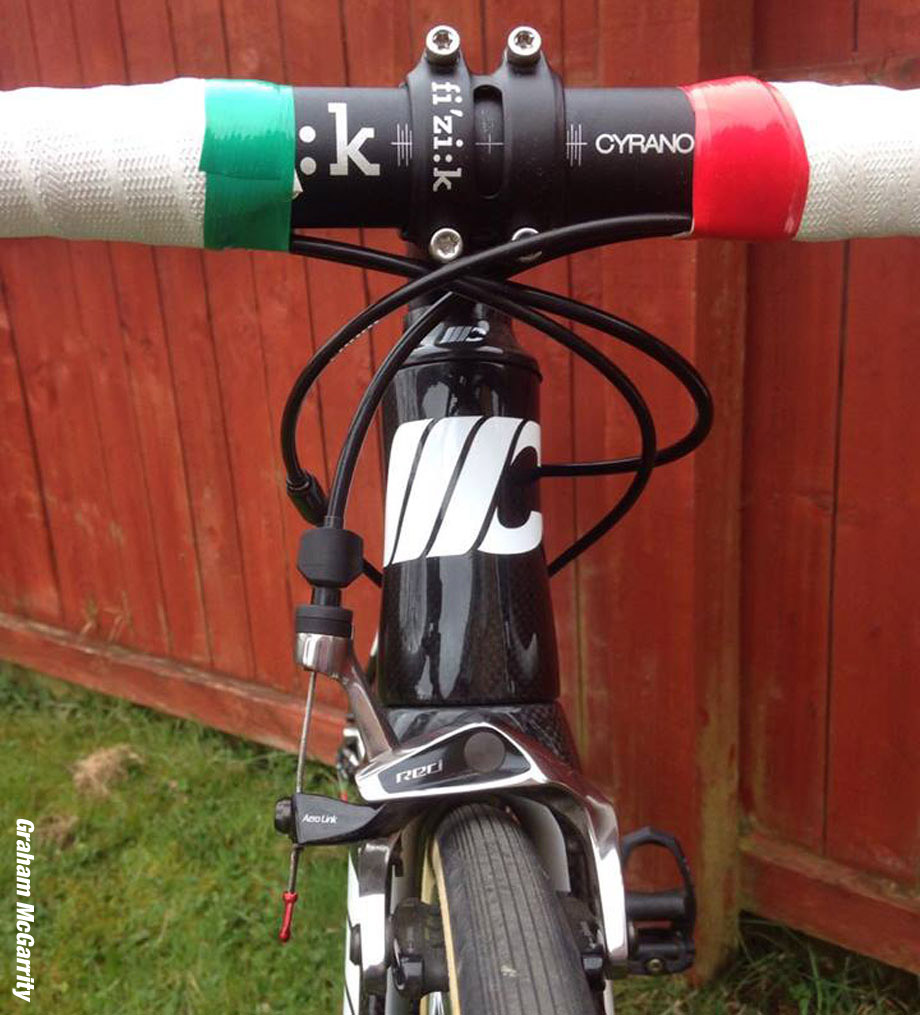 I was curious to know, why Cipo with all those other marques out there?
I wanted something different and I always liked Cipo as a rider. A lot of the bikes out there seem a bit generic and also a bit gimmicky. The Cipo was a bit flash but was also straightforward – I liked that the brakes weren’t jammed into unreachable places and cables could be changed without headsets having to be stripped out. Aesthetically I liked it and it just looked a simple straightforward bike built for riding hard. 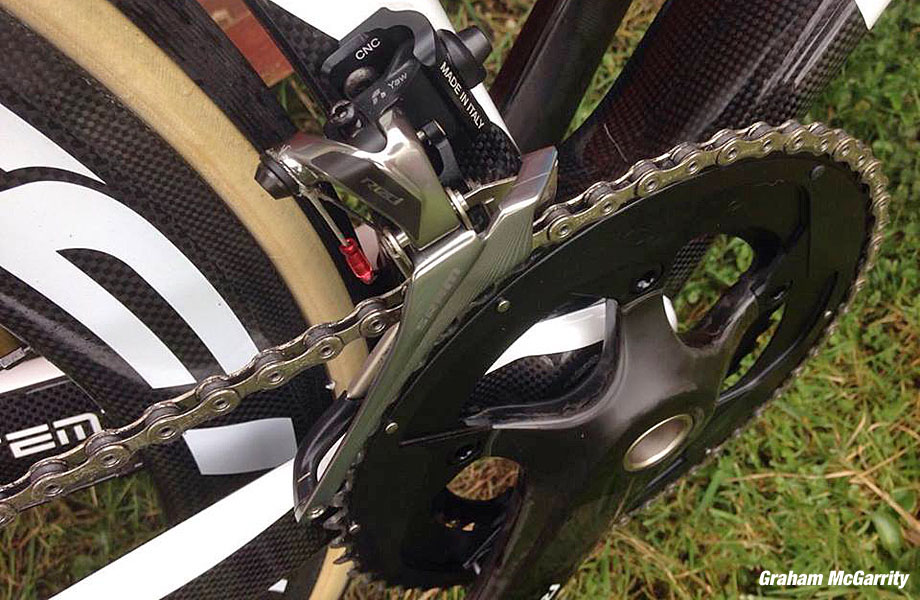 As a rider who’s run the whole gamut of frame materials steel, aluminum, carbon – (any flirtations with Ti?) – how do they all compare?
I’m not really one for being able to detect differences in ride quality. Any decent bike, built properly with quality wheels is going to ride well. I’ve never ridden titanium but I can’t imagine it’s a game changer. 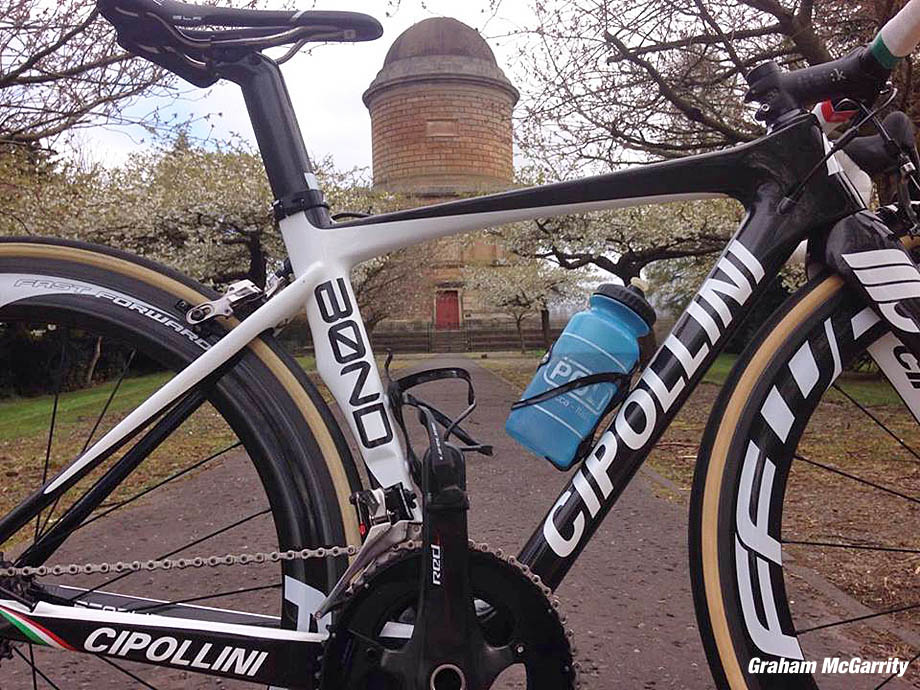 The $64,000 question – in a sprint; Colnago steel v. Cipo carbon?
If there’s some sharp corners before the sprint the Cipo is going to be working to pull back a Master Olympic with straight forks. The Cipo though has zero flex at the bottom bracket and you really feel the power going down. The first time I did a sprint session with the Cipo I was very impressed and that feeling hasn’t lessened. It would come down to the throw I reckon. 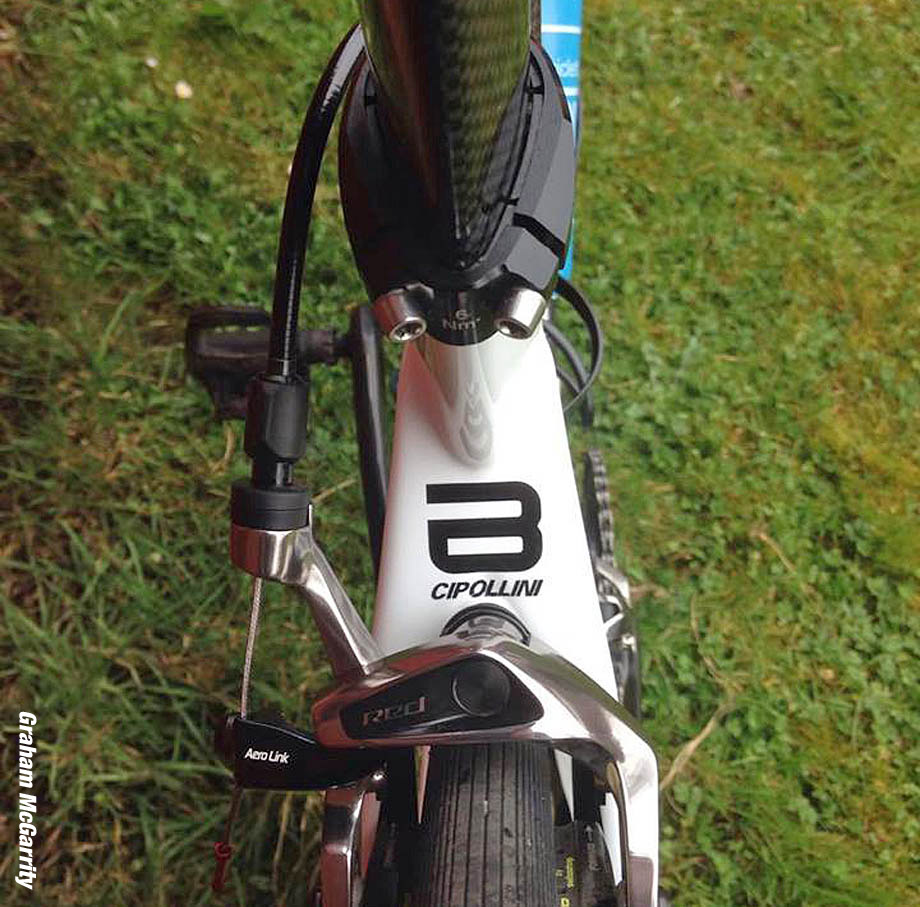 I was surprised to see Graham on SRAM, I thought he was a Campag man?
I’m on my third SRAM red gruppo. Initially I got a good deal and at the time Campag was very pricey and to be honest I just didn’t like the look of the new Campag stuff. But yes, I had always been Campag before that and had only ridden Shimano on hire bikes abroad. SRAM is good though, light, looks good, works well and that red cassette is a work of art. 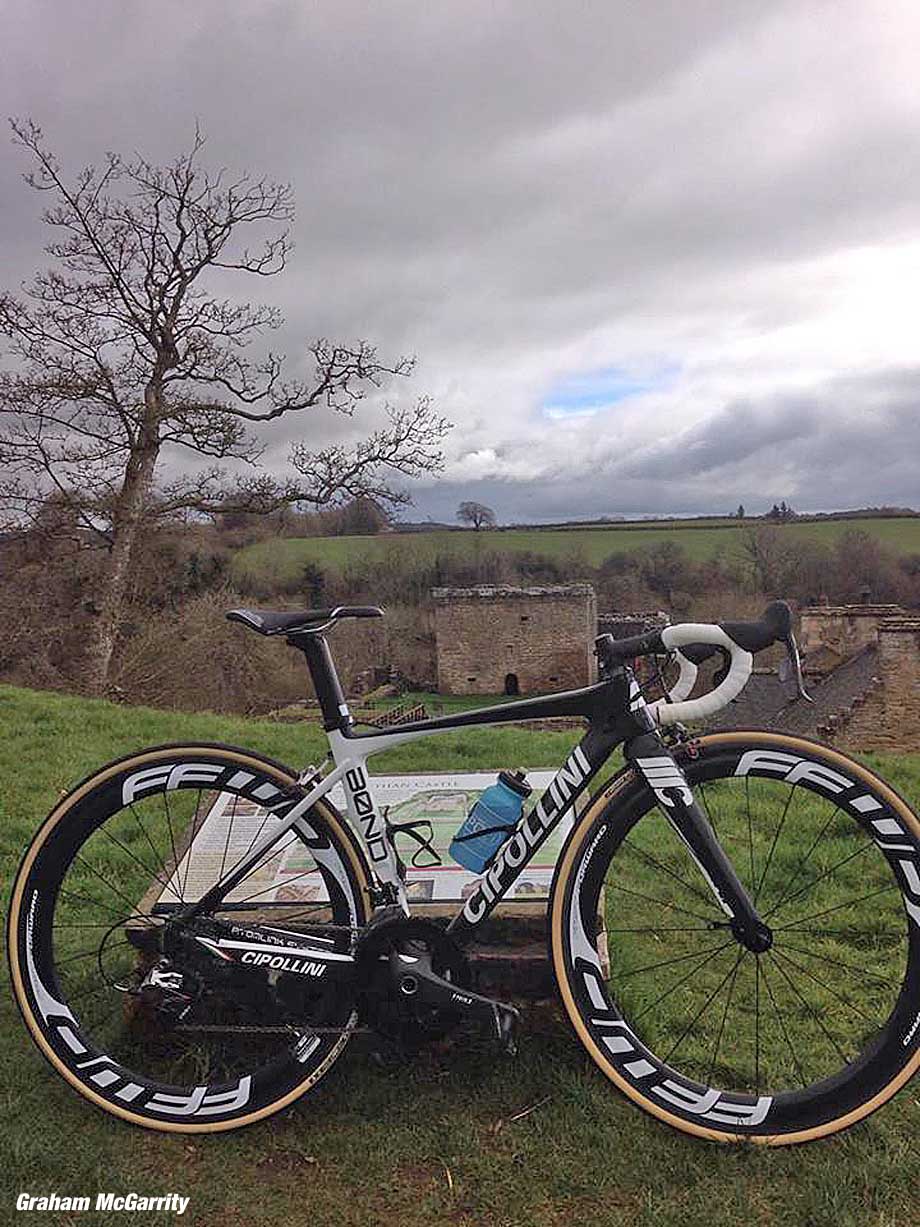 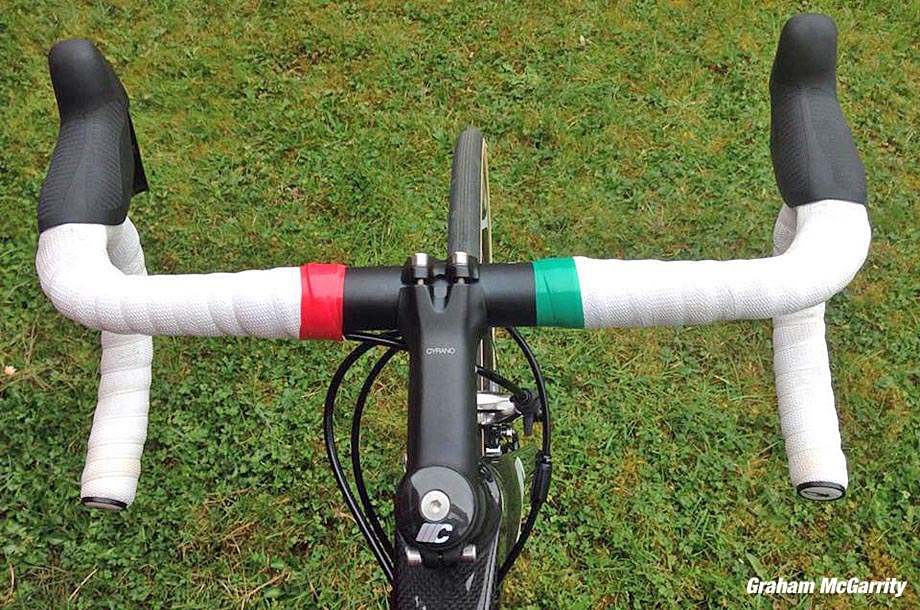 His riding clinchers surprised me too.
Yes, Vittoria Corsa, 25mm. I’ve used clinchers for years as I got sick of tubs, they do ride beautifully, but I just couldn’t be bothered with the hassle of gluing them on and clinchers are of such good quality that as far as I’m concerned they’re a no brainer. I do still ride tubs on the track though. 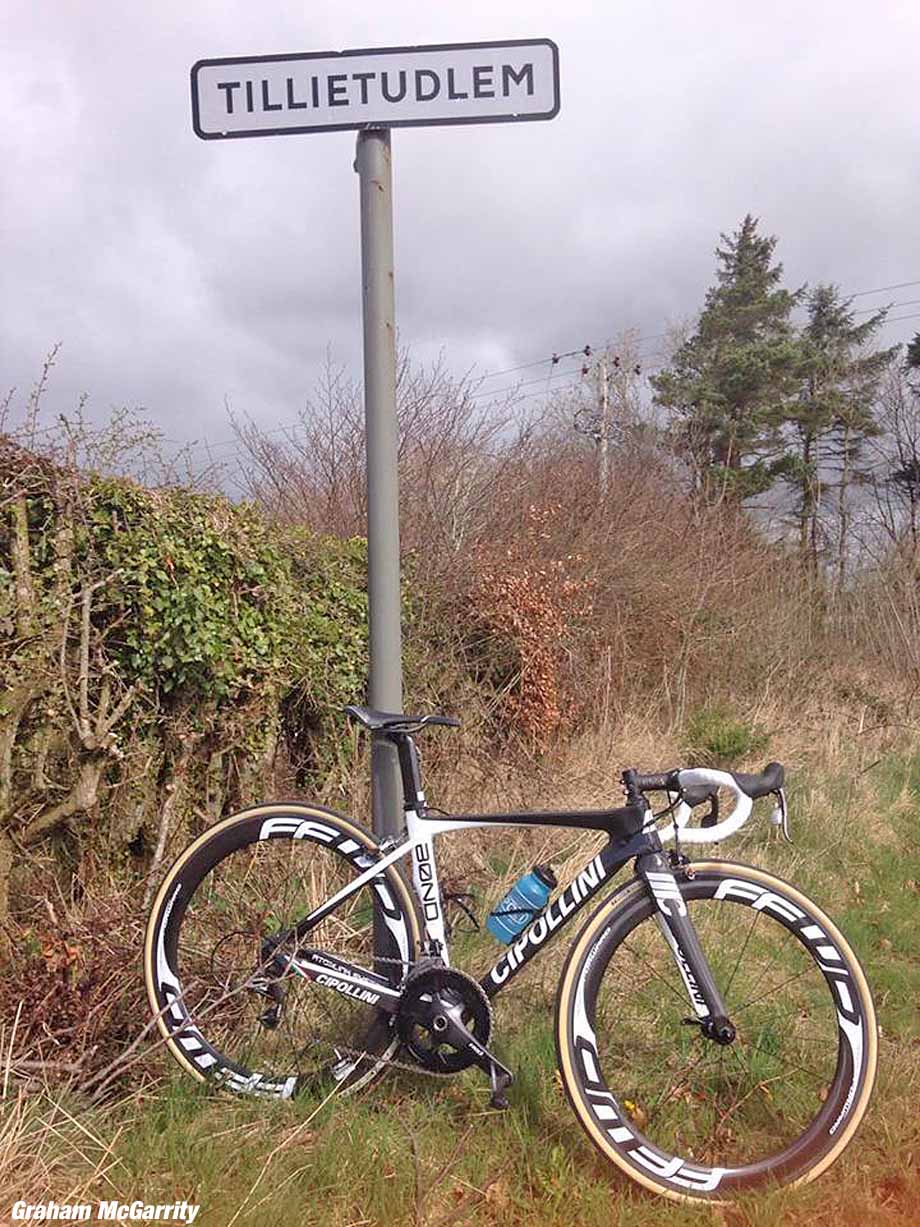 With such a beautiful tool it’s hard to think of improvement but I had to ask; ‘any upgrades planned?’
Nothing planned. I’m really happy with the bike the way it is. I toyed with electronic shifters but then decided I preferred the simplicity of cables. I can’t see me adding a power meter as at 53 the numbers are only going to go one way and disc brakes are for mountain bikes as far as I’m concerned. Maybe a white saddle for next year? 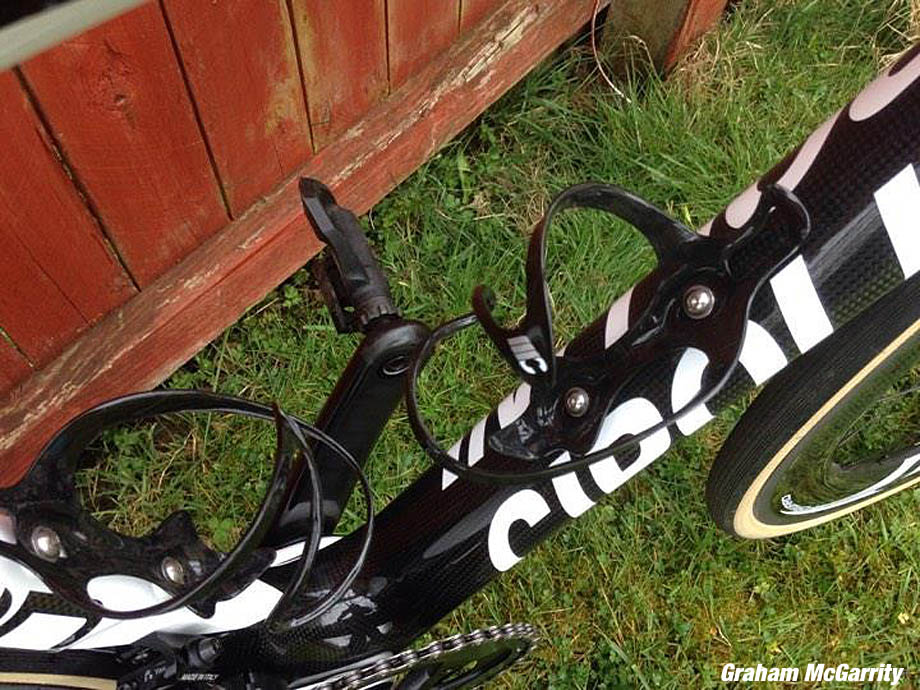 And I also had to ask: ‘anything still ‘to do’ on a bike?’
Racing wise, I feel I got everything out that I was capable of, so no regrets there and I’m not going to win anything now that I haven’t won before, and masters racing doesn’t really fire my imagination. I’ve recently discovered touring with a saddlebag and I’m enjoying that. With winter looming I’ll be riding the drop in sessions at the Sir Chris Hoy Velodrome – they’re great sessions, tough and it’s dry and warm. Basically my ‘to do’ list for the bike is just keeping doing what I’m doing just now. 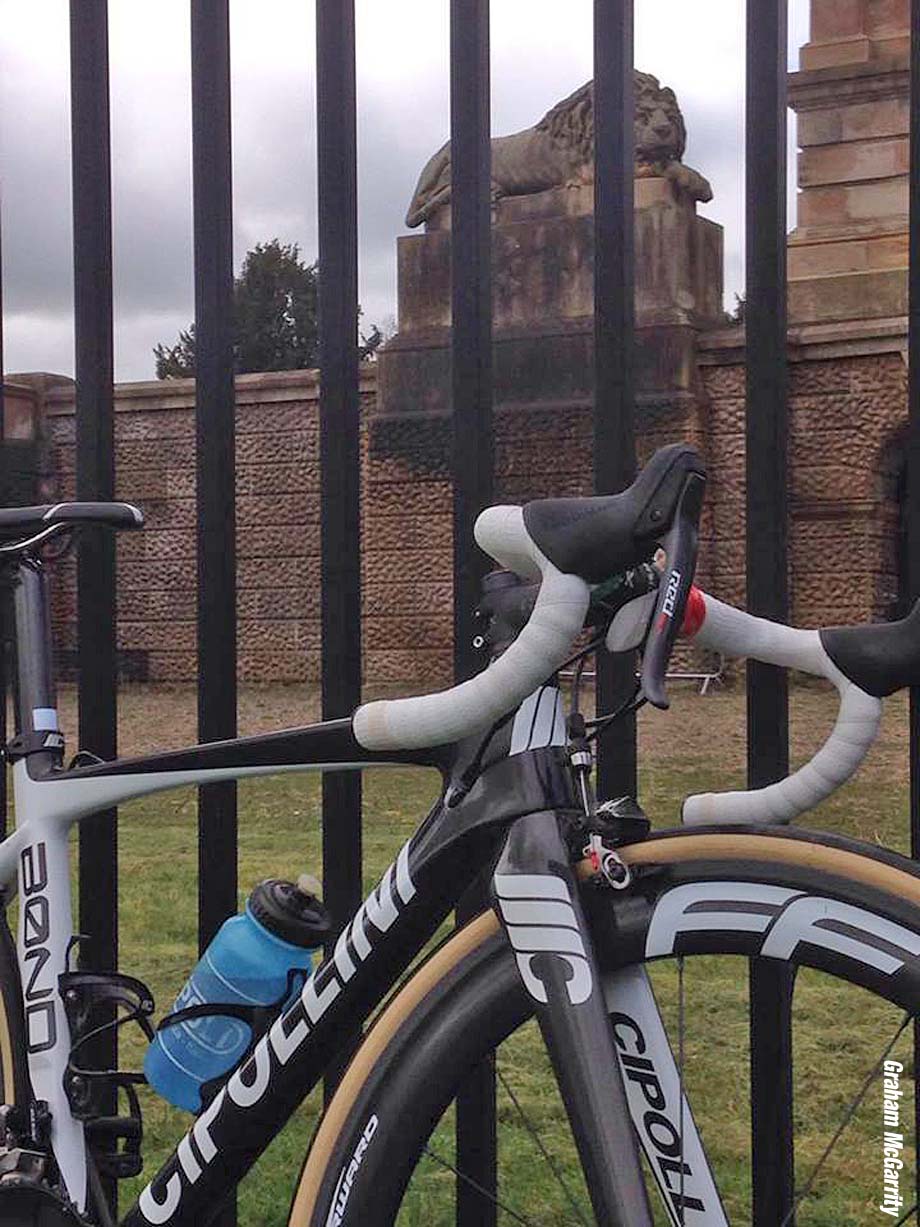 And finally – your overall opinion on Cipo – and what’s next?
Overall, I love the Cipo. It feels great and looks great and every time I’m out on it I want to push it. I can’t really ask for anything more in a bike. What’s next? Nothing for a while, I bought the Cipo earlier this year and I also got a bling pair of FFWD track wheels so best not mention any new bikes at home for a while! 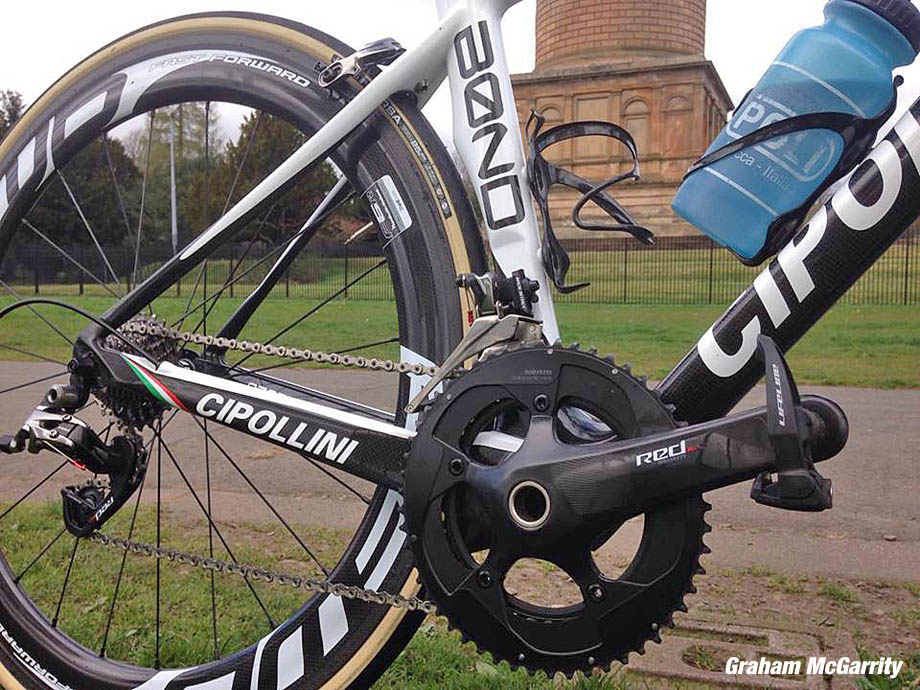 Graham tells us that his pictures were taken down the Clyde Valley and at Hamilton Mausoleum. The sphere memorial is to the late Pinkie Williams, a famous Scottish cyclist and is at Waterloo Cross. 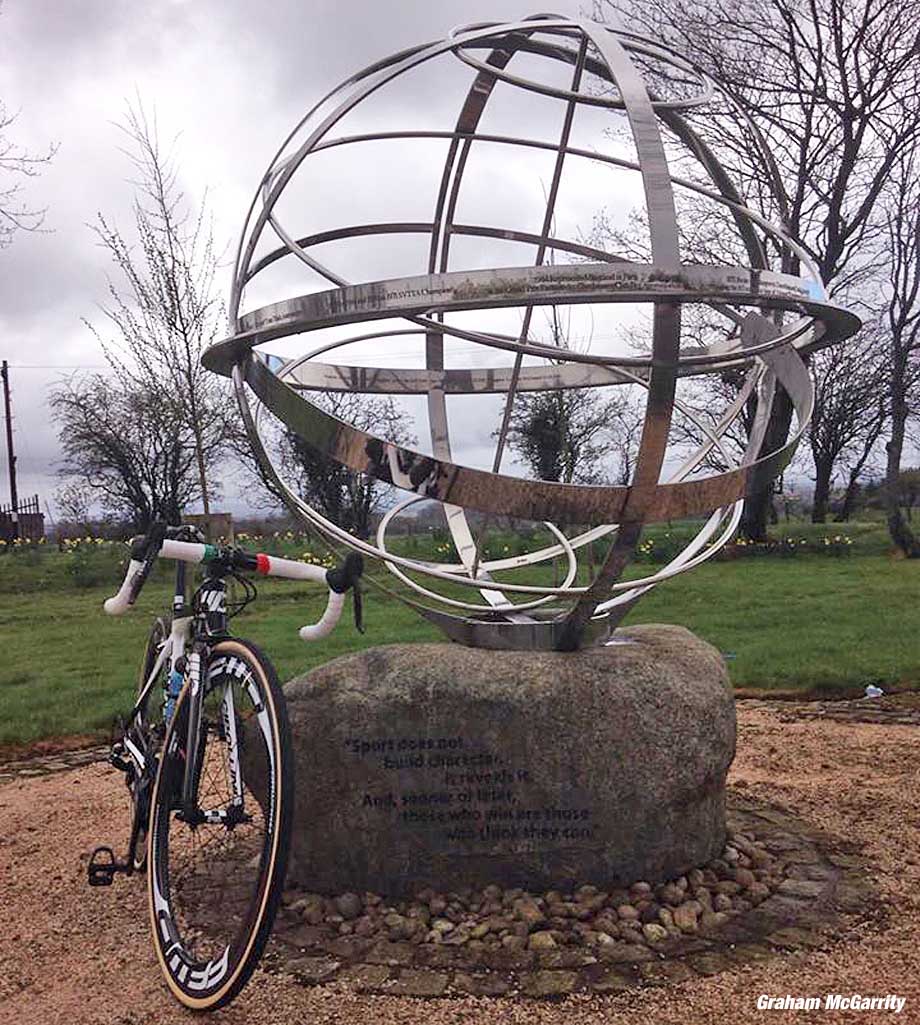 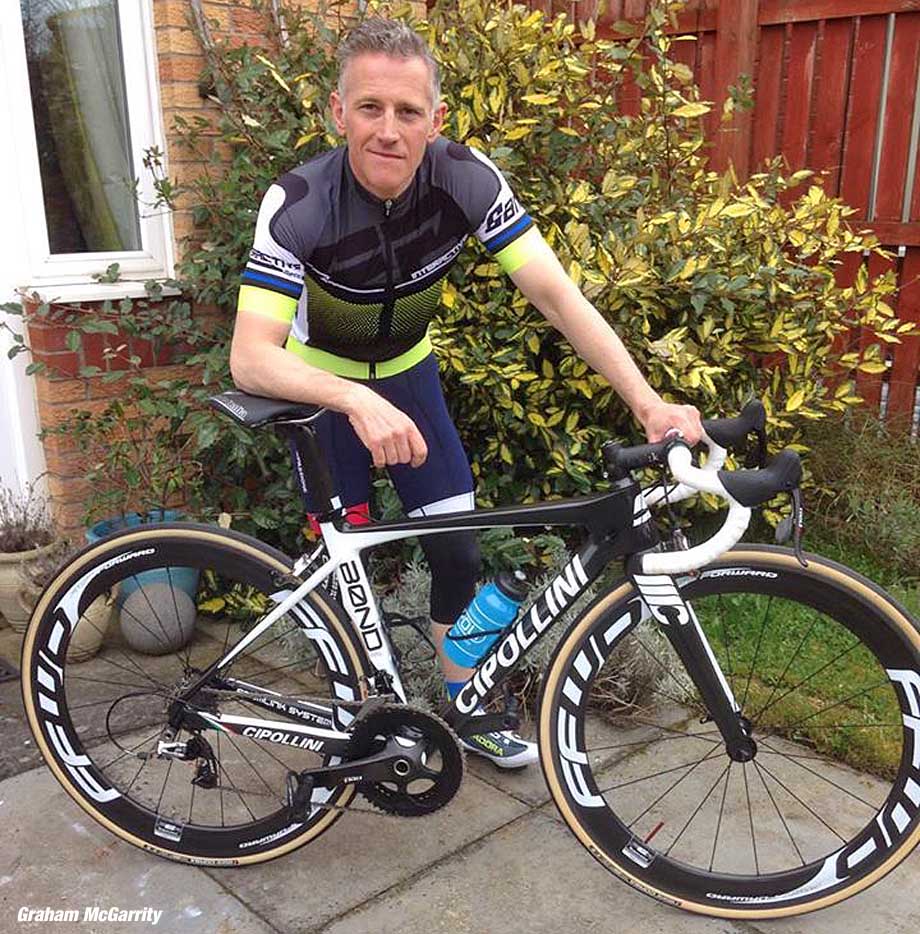 Thanks to Graham for sharing his ride with us. Got a bike that you’re proud of? Well, how about sharing it with fellow PEZ fans and getting it featured in Readers’ Rigs so we can all stare at it! Send us a Readers’ Rigs submission direct to [email protected] and your bike could be featured in all its glory here on the pages of PEZ.